Three sisters’ secrets collide in a shocking novel of suspense by the Wall Street Journal and Amazon Charts bestselling author of the Mercy Kilpatrick series.
Twenty years ago Emily Mills’s father was murdered, and she found his body hanging in the backyard. Her younger sister, Madison, claims she was asleep in her room. Her older sister, Tara, claims she was out with friends. The tragedy drove their mother to suicide and Tara to leave town forever. The killer was caught. The case closed.
Ever since, Emily and Madison have tried to forget what happened that night—until an eerily similar murder brings it all back. It also brings FBI special agent Zander Wells to the Oregon logging town. As eager as he is to solve the brutal double slaying, he is just as intrigued with the mystery of Emily’s and her sisters’ past.
When more blood is shed, Zander suspects there’s a secret buried in this town no one wants unearthed. Is it something Emily and Madison don’t know? Or aren’t telling? And Tara? Maybe Emily can’t bear to find her. Because when Tara disappeared, she took a secret of her own with her.

I had heard of this author but never read any of her books and now after reading this one I can’t wait to read more!

It starts right off with Emily finding her employee and her husband dead, Lindsay had been stabbed and Sean had been stabbed as well as hanged. When she didn’t like how the local police were handling things she calls the Portland FBI because she is sure this was a hate crime as Sean was a black man and he had a carving on his forehead.

Zander and Ava come from the FBI headquarters in Portland to a mess. The learn that the first policeman on the scene cut down the man and disturbed the crime scene. The Sheriff makes excuses for his officers and really doesn’t see why they need the FBI. Zander sees a reason as things are a mess. Then later when he learns that Emma’s father died twenty years ago by hanging it peaks his interest because he doesn’t believe in coincidence.

Then when when some other things happen it proves worthy of checking into what happened twenty years ago.

I don’t want to say anything more as I don’t want to spoil something, but let me tell you this one was very hard to solve. Just when I thought I had something figured out then something else happened to change my mind. I only figured out who the killer was a little bit before Zander. I enjoyed the overall storyline.

I found the characters to be enjoyable. Emily is caring some secrets that we find out through some flashbacks to what happened the night her father died. She has also been keeping some things from the police which catches up to her eventually. She was likeable. Special Agent Zander was one of my favorite characters and I can see why others wanted him to have a spin off series. Though Special Agent Ava had to keep him in check when she realizes he is attracted to Emily, who is the witness and could be involved. I think I liked that it’s a slow burn relationship between Emily and Zander and I am curious to know if they will both be in the next one as I don’t know how this author does her series since it’s my first one.

Overall, I just really enjoyed this one and think that if you like crime mystery type novels then you should really try it. Even though it’s a spin off series I didn’t have any problems with it though I would like to go back and read about how Ava mets her fiance. 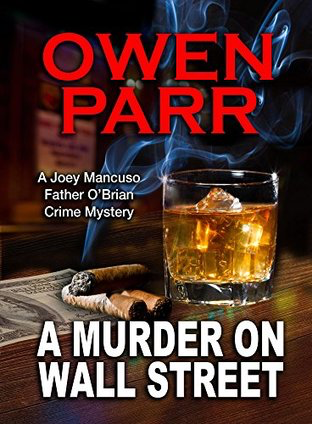 3 responses to “Review of The Last Sister”