I need some answers about my sister. Help…
Five years ago, high school senior Helena Kelly disappeared from her backyard in Dexby, Connecticut, never to be heard from again. Her family was left without any answers—without any idea who killed Helena, or why.
So when eighteen-year-old Seneca Frazier sees a desperate post on the Case Not Closed message board, she knows it’s time to change that. Helena’s high-profile disappearance is the one that originally got Seneca addicted to true crime. It’s the reason she’s a member of the site in the first place.
Determined to get to the bottom of the mystery, she agrees to spend spring break in Connecticut working on the case with Maddy Wright, her best friend from Case Not Closed. However, the moment she steps off the train, things start to go wrong. Maddy’s nothing like she expected, and Helena’s sister, Aerin, doesn’t seem to want any help after all. Plus, Seneca has a secret of her own, one that could derail the investigation if she’s not careful.
Alongside Brett, another super-user from the site, they slowly begin to unravel the secrets Helena kept in the weeks before her disappearance. But the killer is watching…and determined to make sure the case stays cold.

Also by this author: The Elizas

The snow fell all night, transforming the world by morning.

The Amateurs was just as good as I was hoping it to be. I have only read a few books by this author but I have liked the ones I have read.

Aerin Kelly’s sister went missing and then was found several years later dead in the woods. Not sure why she does it she post on Case Not Closed, a website that amateur sleuths and retired or ex-police, etc look into cases that have gone cold.

Seneca Frazier is one of those amateurs who has been on that site a while and she has also been curious about Helena Kelly, so when she sees the post she gets excited. She contacts her sleuthing friend Maddie who lives in the same town as Aerin. They make plans for her to come so they can try and see if Aerin might talk to them and they could try and solve the case. When Seneca gets there she finds out that Maddie is not exactly the friend she was thinking she was going to get and they also get a couple extra sleuths as Brett, Maddie’s friend from the site joins them along with Maddie’s sister.

At first, they really didn’t have much in the way of extra clues but then they start finding out things. Finding secret codes, and Aerin is finding out her sister was not at all who she thought she was. They have also got the killer on their tale because they start getting threats.

Each character has their good and  bad qualities. Some have had things shatter their lives while others haven’t but they just like solving crimes. I really like Seneca because she is great at putting clues together but at times I did want to smack her.

The ending took me a little by surprise but  in a way, I sort of knew it was that character. It does have me wanting to know what will happen next with these sleuths. 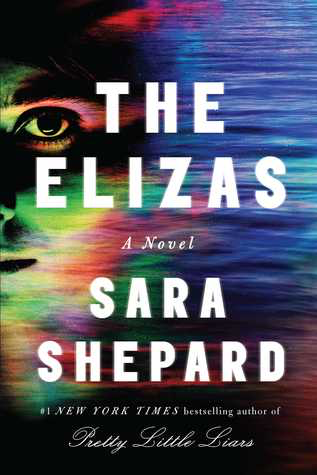 9 responses to “Review of The Amateurs”