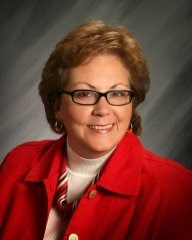 Your story is about a mother whose daughter was switched at birth. How does Marty find out that her child was switched?

Marty’s daughter, Ginger, is the victim of a fatal genetic disease, Neimann Pick Type C, which often strikes every sibling in a family. Marty is concerned for her other 2 daughters, and when it’s determined that she and her ex-husband are not carriers of the disease they know something’s not right.

Where did you get the idea for your story?

My inspiration for the book came straight out of real life from a news story I heard about two families fighting over switched-at-birth babies when one child is orphaned. Of course, the circumstances and setting in my story are different, and the characters are completely fictitious. But I knew it would be a heartbreaking dilemma for any parent, especially for one who had suffered through the death of a child she thought was hers.

Do you have a favorite character?

I would have to say Andie, because even at 13-years-old, she doesn’t become a victim. She’s a little quirky, and she’s had to mature quickly. Even though she’s developed an attitude toward God and her situation in general, she keeps it to herself most of the time, and we understand her need to vent occasionally.

On what level do you think women will identify with Marty, her biological mom?

I think most moms would understand the panic of discovering they had the wrong child, and the guilt at not realizing instinctively that something was wrong all along. On another level, Marty is a caregiver who sets aside her own dreams to nurture her family. As women, we often set aside our dreams out of necessity, guilt or lack of support from our families, but like Marty, we don’t have to abandon our dreams completely.The story is set at a drive-in movie theater.

What led you to choose that setting?

I think there’s a nostalgic winsomeness about drive-in theaters and I want to encourage families to take advantage of the few drive-ins that are still in operation. I remember the smell of hot coffee when my mother poured cups from the thermos, and falling asleep in the backseat with my pillow and blanket. There’s a sense of intimacy and togetherness that comes from being alone with your family, even though hundreds of other people are watching the same movie. I also used the run-down condition of the Blue Moon Drive-in as a reflection of the relationship between Marty and Andie and of the condition of their spiritual lives when they first meet.

What is the meaning behind the title: Tuesday Night at the Blue Moon?

Tuesday night is family night at the Blue Moon Drive-in. Andie needs a family, and the desire of Marty’s heart is for her dysfunctional family to be a whole again.

Who are some of the other interesting characters in your story?

Andie is sandwiched in the birth order between Winnie, the needy younger sister, and Deja, an older teen who is bitter about the situation. Some interesting dynamics that take place when the three of them interact, especially when mom has to work long hours and there’s too much unsupervised together-time.

What is the message that you would like your readers to take away from Tuesday Night at the Blue Moon?

I believe that God is our Father and that we were created to commune with Him on a deep level, but sin orphans us. When we’re open to it, God is ready and willing to re-claim and restore us as his children.

How did you begin your writing career?

I operated a home day care for 6 preschoolers when my children were young, and I was in desperate need of a distraction to keep my sanity. So I began to write a novel during their naptimes. I finished it in about 2 years. It was my ‘practice novel’ which gave me confidence and helped me plot the blueprint for Tuesday Night.

What advice would you give to someone starting out as a writer?

Don’t quit. I sold the first article I ever sent to a publisher and didn’t sell another thing for 19 years. It’s not going to happen overnight. It’s an apprenticeship – a craft to be honed. When you’re tempted to give up, remember the encouraging things other writers, agents or editors have said about your writing. If God has given you some talent, what acceptable excuse can you give Him for not using it?
_______________________________

“I am passionate about good fiction, the kind that grabs you and won’t turn loose. My hope is that my characters will capture you and that you will consider my stories old friends with whom you visit often.”