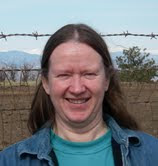 My favorite Christmas memory was the first Christmas out here. The
boys were 6 and 9 and for Christmas we got them each their first
snowshoes. They were small bear-paw style. For the boys, it meant
freedom. They were short and there was a lot of snow. Going beyond
the yard wasn’t easy for anyone. Now, suddenly, they could run
anywhere and run they did. Their feet a bit wide apart and a few
nose-dives at first but they loved their snowshoes.
Authors Bio:
I grew up a rancher’s daughter hoping to inherit the ranch and run a riding school for city kids. I ended up joining the army, marrying my fisherman husband and moving to the wilderness of Alaska where I raised two wonderful boys. One of them gave me an old lap top computer and now I’m a published author. Go figure.

Prince Harris Penn has studied the contents of the family library.
He’s watched his father manage his affairs. He listened to him decide
the affairs of his subjects but those old kings in the library did so
much more than his father did. Was it just the times of peace?

“Father, when will you teach me what I should know to become king?” he
asks.

“When I die, you will be king. What more is there to know?” Was the
reply. It wasn’t much of an answer.

Harris’s question did, however, prompt the king to take some action.
He fostered his son with the neighboring king to the south. It was
the first time Prince Harris had been beyond the confines of the town
that lay outside the palace gates. It was the first time for a great
many things in Harris’s life.

Harris learned quickly, though, and within a couple years, he had
learned to train his own warhorse and he was a corporal in his foster
father’s army under the command of his foster sister, and stationed at
one of the posts that guarded the southern border.

One day, the post was raided but the attack was unusually aggressive
and yet they only did as much damage as they needed to do in order to
accomplish their task – find Penn. Fortunately for Harris, he was out
on patrol that night.

This occurrence caused Harris some concern. Who would be searching
for him and why? Once again, Harris had questions. The attack came
from the desert to their south but it was so unlike them. Though
skirmishes were common, they were honorable opponents and fair in all
things. Who better to ask for the answer to this new question?

Harris didn’t get his answer from the desert nomads. Instead, he got
an army. The attack had impugned their honor; they would help Harris
find out who was searching for him and in so doing cleanse their
reputation.

While Harris was learning about the desert Shapeshifters, his
betrothed, Princess Kandice, was seeking another fairytale –
Truthsayers, said to live near the sea. It is said that none could
lie while in their presence. Her search was futile – after a fashion.
Kandice found no sign of said creatures – it was fortunate that they
found her.

Suddenly, Harris had a most unusual army. He needed one to find his
enemy for they were everywhere and nowhere.

Anna L. Walls is giving away a copy of her book King by Right of Blood and Might. Contest Rules: