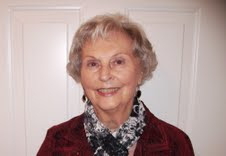 A CHRISTMAS FAR FROM HOME

My husband and I were living in Kingston-upon-Hull, a city in North Yorkshire, England when the holidays approached a few years ago. We had visited the States the first of December and celebrated early with our family so we would be spending Christmas in our flat on Victoria Dock overlooking the River Humber.

I decided not to buy a tree and trimmings as this was a temporary location for us. But I did go to the city centre and found some unusual decorations at a Pound Shop (like a Dollar Store) which I placed around to give the flat a festive atmosphere. Since my husband had to work both Christmas Eve and Christmas Day, I was planning special meals for dinner in the evenings when an English friend rang me up and invited me to share Christmas Day with her family and have my husband join us when he left work. Her son, two daughters, their partners and children were coming and I felt this would be a special family time so I politely declined. But when she issued an alternate invitation for us to come for tea late in the day, I accepted. I was eager to meet the family she had often spoken of and perhaps they were also a bit curious about the Americans their mum had met.

On Christmas Eve, I boarded the coach to the city centre and walked through several shops, absorbing the atmosphere of a holiday in another country. As I watched the last-minute shoppers hurrying about, I realized how very far away I was from my son, daughter and widowed mother. I think I felt some of the same emotions our service men must feel on special occasions. But this was a great experience for me and I savored it by going into one of the many bakeries that lined the streets and ordering a scone and tea (hot tea, of course) Then I shopped for small gifts for my friend’s three grandchildren. Afterward, I stopped at a flower kiosk in front of the Princess Quay Mall and bought a large bouquet of fresh flowers for two pounds (about $3.), which would have cost much more at a florist in the States.

The next day as we drove toward the small village of Keyingham where my friend and her husband lived, the sky was a dull gray and a chill wind blew off the Humber. A dusting of snow covered the bleak landscape and tiny flakes were still falling, making the eight miles on the motorway treacherous.We had been living in Hull for almost a year and my husband was driving our Ford hatchback on “the wrong side” of the road like a local now. I had never been to my friend’s home before but we had no difficulty following her directions to the semi-attached bungalow. (which we would call a duplex)

We were greeted warmly and introduced to all the family. I presented the flowers and gifts for the children and we had an interesting get-acquainted conversation and tea. Then our hostess presented some parlor games which we adults played while one daughter entertained the three small children. It soon became clear that our English friends, including the hostess’ elderly mother, had a great deal more expertise than we did. We were paired with various family members but I’m sorry to report that we didn’t contribute much to our team’s successes although we had fun.

Darkness fell and the grandchildren became restless so everyone said goodbye except the host, hostess and her mum. When the children collected their coats and gifts, I saw that Father Christmas had left them very simple things which reminded me of my own childhood. When I asked on of the little girls as she was leaving if I might have a hug, she looked puzzled. I was told to ask for a cuddle and with a big smile, she opened her arms.

I was wondering if we should also leave when the two women began preparing the dining table for a meal. And that was when I realized that an invitation to tea really meant dinner which was a lovely feast. The table was set with a beautiful hand-embroidered linen cloth and matching napkins. We were served plates of turkey, ham, tuna, bread, lettuce, cucumber, tomatoes, olives, and boiled eggs. We drank white wine with the meal. Dessert was trifle (a bowl of fruit flavored jelly–jello to us–topped with heavy cream), chocolate cake with cream (British cake is dry and always served in a bowl with cream or milk), mince pies (individual tart shells with filling), and hot tea.

After dinner, the host cleared the table which required taking the dishes across the hall to the kitchen. The we settled back in the lounge and played Trivial Pursuit. It soon became obvious that we were out of our league in this game, too.

At nine o’clock we said goodbye to our friends with sincere thanks for sharing their holiday with us. On our drive back to our flat, we felt warm and happy, enveloped in the spirit of the season in spite of the cold and the distance that separated us from our own family. And to this day, we keep in touch with these special friends, not only on Christmas but throughout the year.

I will be giving away an ebook copy of my current contemporary holiday book, Let Nothing You Dismay, which is available at The Wild Rose Press. This book has been given top rating from the three reviewers who have read it. And one editor has said, “It you want to keep the spirit of Christmas all year long, you need to read this book.”

Let Nothing You Dismay

Kala position as a tour guide at a Kentucky Welcome Center isn’t enough to cope with huge debts left by her late husband’s illness, but she manages to make ends meet…until her car quits running.

To save money on repairs, she enrolls in an auto-maintenance class taught by Rex, a handsome part-time instructor whose broken heart needs repairing, too. After recently losing his important job and family, he has sworn never to get involved with another woman.

Kala discounts her growing attraction to Rex when she learns he is years younger, until the winter storm of the century throws them together. When the Interstate closes down, Kala opens her home to a houseful of strangers. Despite fire, flood, and friction, she creates an old-fashioned holiday rich in the true spirit of Christmas. In the process, Kala and Rex discover the greatest gift—love.

Other books by Linda Swift:

Joanna returns to a small Missouri town for her high school reunion and comes face to face with Pete, the love of her life. A college professor in Tennessee, she has never married and Pete, a prosperous farmer, is now a widower with five children. Their attraction is as strong as it was on graduation night when Pete was leaving for boot camp. He never knew that Joanna had his child and gave her up for adoption. And Joanna doesn’t know that her baby girl, Beth, is now married and has begun a search for her birth parents. Will Beth find what she is looking for? And will Pete and Joanna, despite their diverse lives, rediscover a love that has come full circle?

B.J. is a woman with a mission– to show that she can handle a start-up engineer’s job as well as any man. Then maybe she can prove to her ex that she is not the helpless wife he left for another woman.

Dana is a man grieving the deaths of his wife and young son in a terrorist plane crash. Through a mix-up at stateside headquarters, B.J. and Dana are forced to share a villa in the single status job in St. Croix. B.J. is the scapegoat when things go wrong at work and Dana becomes her reluctant defender–when he is not defending himself against her unjust conclusions about him.

Despite their attempts to prove otherwise, the powerful attraction between them grows. B.J. is blamed for a bad accident at the plant and her job is on the line. When Dana is almost killed trying to find the real culprit, will B.J. finally admit that the love they have found together is the most important thing of all?

Linda Swift is giving away a ebook copy of her book Let Nothing You Dismay. Contest Rules: