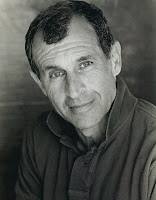 This is an excerpt from One Foot in the Black. Greg, an 18 year-old from Michigan has come to Southern California to become a wildland firefighter. It is a week before Christmas. He and his fire crew are going to Los Angeles County Fire Camp 13, which is a female inmate camp where the women learn to be wildland firefighters.

It was a week before Christmas, another holiday away from home. In Saginaw, lights hung from trees and roofs. People shook snow off their boots at the door, eager to step into the warmth. In Malibu the sun was relentless and it would be eighty degrees by noon. I didn’t see many Christmas lights in Southern California. A few homes had strings of tiny white lights wound around the palms. Trees and ornaments turned up here and there and looked forlorn and out of place. It wasn’t any Christmas I knew.

Luis invited me to his house for dinner. I wasn’t excited about spending the day with his parents and his kid, watching everyone open presents, so I signed on for duty at the camp. It would pay overtime.

We were on the Grinder, doing our morning calisthenics and pushups. I’d gotten to the point where I could do this forever. It was just muscle, just pushing, no thinking required. I could see Luis straining in front of me, up and down. Luis and I still busted our asses, but we were part of the crew now, we belonged to Camp 8. No longer FNG’s, we were New Guys. A breeze came up Las Flores Canyon.

When we finished our workout, Jerry Dunham announced, “Three mile run in the hills today, up Backbone Trail, no packs. After the run, we’re going to Camp 13 to work on a wall.”
“A prison wall?” Hector asked.
“No, they’re building a retaining wall along the entrance,” Jerry Dunham said. “CalTrans dumped three truckloads of rock and they need help.”

It was less than seven miles to Camp 13, but on the winding roads, it took twenty minutes in the crew truck. Luis was busy showing pictures of his kid to Raphael, who had a son of his own, the only other married FSA. We drove down a steep descent on Encinal Canyon with tall scrub brush on both sides and passed a stone wall decorated with blue and green tile. “That’s the Malibu Country Club,” Raphael told me, eager to turn away from Luis and the plastic pouch full of kiddie pictures.

“A country club up here?” I said.
“It’s a golf club,” Raphael said.
“Where’s the inmate camp?”
“We’re coming to it,” Raphael said.
“A golf course next to a prison camp? We had country clubs in Saginaw but they didn’t have prison camps across the street.”
“This isn’t Michigan,” Jake said. “This is California. Things are different out here.”

At the entrance to Camp 13, “No Trespassing – State Prison” signs hung from a dilapidated six foot high chain link fence. It had gaps in several places and wouldn’t keep anyone in or out. Inside, a dozen one-story buildings, a large depot for crew trucks and fire equipment, and what looked like a picnic area – tables sheltered by an aluminum roof – all huddled under pine trees. The place resembled a rundown summer camp in a horror movie.

Eighty or ninety inmates, in bright orange prison uniforms, “CDC-Prisoner” marked in large black letters on their backs and legs, stood in groups behind a wide red stripe painted across the middle of a cement pad. Each inmate held her fire pack, helmet, and a lunch pail. A male and female officer, both dressed in the two-tone tan uniforms of California Correctional Officers, stood to one side. When we got out of the crew truck, I heard the man reading names from a clipboard: “Alvarez, Rotella, Warren, DiCristofaro, Yang…” With each name, an inmate walked up to the red line, got a nod of recognition from the female officer, and stepped across.

“What’s all this about?” I asked.
“In the morning they transfer the inmates from the custody of the Correctional Department to County Fire,” Red Eye explained.
“They look like mothers and sisters,” I said.
“They are,” Luis said.

Kurt Kamm has lived in Malibu for several years with his wife and three dogs. He was previously a Wall Street executive and semi- professional bicycle racer. He is Vice Chairman of the UCLA/Jonsson Comprehensive Cancer Center Foundation and an avid supporter of the Wildland Firefighter Foundation.

One of the fires in Malibu, the 80 mile-per-hour Santa Ana wind-driven Canyon Fire, burned to his front door and destroyed the homes of several neighbors. Mr. Kamm said the lessons he learned from L.A. County Fire Department while writing this book helped him save his home.
—

One Foot in the Black

Greg Kowalski grows up in Michigan with an abusive father, a Saginaw city firefighter. Cut off from his family, Greg travels to California to become a seasonal firefighter. He is tormented by the contradiction of hatred for his father and the need to have his father’s approval and love.

Greg moves on to the brutal LACoFD Helitak training academy at Camp 8 where he graduates and begins work. He suffers traumatic stress after his crew is trapped on a mountainside in an explosive wildfire in which his captain and mentor dies. The night before this incident, Greg’s father is killed in a fire in Saginaw. Greg struggles to cope with these dual tragedies.

He comes to terms with the loss of his captain, but has greater difficulty surmounting his father’s influence on his life. The title is a metaphor for the life of Greg Kowalski, a nineteen-year-old searching for his place in life.
—
Kurt is giving away a copy of his book One Foot in the Black.  Contest Rules:

US and Canada Only
must be a follower of this blog
Entries:
-visit Kurts website http://www.kurtkamm.com/index.php and tell me something you learned +1
-old follower +4
-new follower +2
twitter about it +2
sidebar +2
blog about it +6
-rate my blog +1