First in the Willa historical fantasy fiction series for middle-grade readers and revolving around a young woodwitch who prefers to go it alone.

In 2018, Willa of the Wood was nominated for the Goodreads Choice Award for Middle Grade & Children’s.

It’s an historical tale that causes two opposite races to consider another perspective with environment and love as a sub-theme. Willa’s referring to “murdering trees” really grabbed at me.

Beatty uses a third person protagonist point-of-view from Willa’s perspective, and she is quite the thoughtful, introspective young lady, as she considers what her padaran has told her and what she experiences out in the world of the day-folk.

The sad aspect of the story is of change, that which came with the settlers, changing how the Faeran lived, changing their culture. It becomes more horrendous as you read of the padaran and the jaetters, what the padaran has done to destroy the Faeran, people who had once lived in harmony with the animals of the forest, spoke with the trees, and received aid from all in the woods.

I hate bullies, and I really hated those loggers when they told Nathaniel that since this is a free country they could trample and take what they wanted.

While there is a good bit of action, it’s primarily between Willa (as the environmentalist) playing off against Nathaniel, who represents love and acceptance — on the positive side of humans — while the loggers and the sheriff represent the worst of mankind.

It’s easy enough to read with a standard phrasing, although some of the words are an odd mix of stylized — to distinguish Willa from humans at times.

And yes, it is filled with lessons for the kids: the history of the progress of the settlers and the railroads, an example of considering someone else’s perspective, recognizing the betraying words of evil, learning that it is right to question what you’re told.

Without love, there is no future.

A thief with a heart, Willa has always been too curious. It’s a “sin” that leads her to question her clan’s leader. His insistence that the day-folk are evil murderers is put to the test when Willa is hurt, and she learns a truth.

Willa is a nightspirit, a forest girl, a whisperer, a woodwitch whose family was strong in the woodcraft. Mamaw is Willa’s very old grandmother and one of the last remaining woodwitches. Alliw had been Willa’s twin sister who had been murdered along with their parents, Cillian, a respected elder and guardian of the old ways, and Nea.

Luthien is a wolf Willa had helped.

The Steadman farm has…
…been in Nathaniel’s family since his great-great-grandfather earned it back in 1783. He is a grieving homesteader who operates a flour mill. Scout is his dog. Ahyoka had been Nathaniel’s wife, a member of the Paint clan, and the love of his life. They had had three children: his sons are Iskagua and five-year-old Inali and his daughter, twelve-year-old Hialeah.

Dead Hollow is where…
…the nightspirits live. Properly called Faeran, a clan of Old Ones, they are forest folk who were once able to take on the color and appearance of their surroundings — weaving, but their numbers are dwindling as is their once-powerful woodcraft. The greedy, dictatorial padaran is their leader, and he has forbidden the old ways. The jaetters, hunter-thieves, include Gredic and Ciderg who are twins, as are the nastier Kearnin and Ninraek, and Gillen who had been a friend. Sacram is one of the few young ones who still looks Faeran. Lorcan is the commander of the padaran’s guards. Naillic had been the twin brother of Willa’s father.

Iska is a young Cherokee boy imprisoned by the Faeran along with Cassius, Beatrice, and many others.

The Great Mountain, a.k.a., the Smoky Mountain, is known as Kuwa ‘hi by the Cherokee and Clingmans Dome by the day-folk, white men, homesteaders. Ataghi is a hidden lake protected by a great white bear where other bears come for healing. The Watcher is the gigantic skeleton of a dead tree wedged upside down in a past flood.

The cover is mostly the greens of leaves with a simplified border of flowers surrounding a deep brown Willa standing in profile and wearing a green dress. Next to her is an equally brown wolf, Luthien. Above Willa’s head is a fanciful script of the title in black. At the black base of the cover, a silhouette of grasses, is an info blurb in white with the author’s name below this in golden yellow.

The title is straightforward, for we are reading about Willa of the Wood. 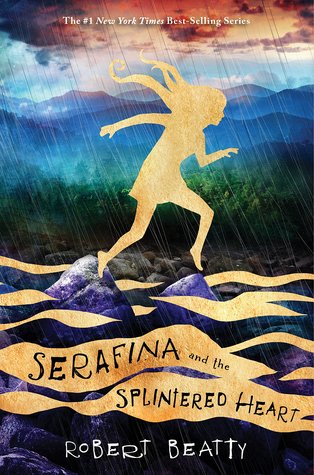 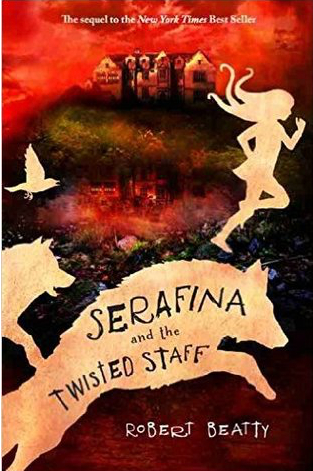 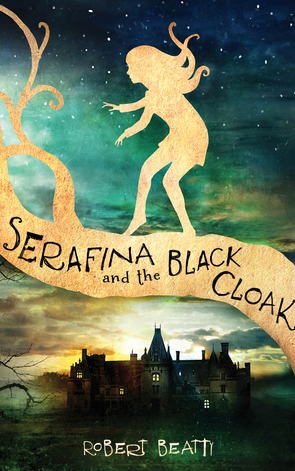 2 responses to “Book Review: Willa of the Wood by Robert Beatty”