Buy on Amazon
Goodreads
Also by this author: Built to Last, Wild Ride, Volume One, Volume Three, Ride the Tide

Second in the In Moonlight and Memories contemporary romance series and revolving around a trio of friends in New Orleans and continues with the story that began in Volume One, 1.

It’s a history that finds Maggie evolving in the present. A slow pace that’s character-driven with a prose that is easy and natural, taking us back into history — Luc’s, Maggie’s, and Cash’s.

It starts with Maggie remembering her friends, Cash and Luc. It’s an immediate connection with her grief, and Walker pulls us into their back history via the letters she wrote the boys all those years ago. It also continues on from the end of Volume One with Walker using a multiple first person protagonist point-of-view from the perspectives of Maggie, Luc, and Cash in this clash of friends who desperately don’t want to hurt each other. Yet one does his best to hurt, another finds her feelings changing, and a third torn between seeing Maggie suffer yet knowing that Cash is better with her.

I keep wanting to cry for Luc. He’s so in love with Maggie, and yet she and Cash are in love with each other. He can’t, he won’t, interfere with how they feel about each other and supports them as best he can. Talk about a white knight! But he’s also told Maggie, at last, how he feels, which creates a discomfort between them. More discomfort is in Cash’s deterioration…and he’s not so much of a good guy anymore.

I did love Luc’s assessment of the difference between lust and love:

“…love required getting to know a person. All the good parts and bad parts, all the weird parts and sad parts.”

And I love, love that comment Cash “makes” about New Orleans having “no need to look outside itself for signs of progress. It is what it is and makes no excuses for it.” Words we should take in for ourselves and enjoy the person we are.

It’s Maggie who pushes for another opinion, even as Cash continues to fret (and forget) his brain injury. And it’s Cash’s pushing Maggie away that makes me so nuts. I really hate that self-sacrificing meme.

In between the dramatic scenes, Walker gives us a chance to cool down with the trio’s visits to tourist spots like the Tomb of the Unknown Slave, their favorite Café du Monde, the Voodoo Museum, and the Museum of Death among others. Unfortunately, Volume Two doesn’t have that same feel of the real New Orleans as did Volume One. I miss that. Nor do we get that happy-go-lucky sense of Auntie June, although Walker does provide more about Aunt Bea.

Whoaaa, turns out the picture painted of Violet in Volume One just might be wrong..!

Jeez, how can you not cry when Helene tells Maggie that Luc has “given love without the hope of having it returned”. And Walker makes an interesting point about emotional adults and emotional infants.

Ooh, all kinds of truth from the past comes out: why Violet hates Cash, the “partnership” between Sullivan and Rick, what happened to Dean Sullivan, Luc’s mother’s affair with the mayor, and the first time Cash saw Maggie.

In general, I think Cash is a smart guy, but why is it he never learns to not turn his back on his sperm donor?

Dang it, I wanna hear that Sullivan and Rick go down…!

It’s a warning for Cash. To stay away from Maggie and Luc lest he be pulled down as well.

A warning that would never work, for Cash doesn’t abandon his friends. he may push them away, but he won’t leave them.

Twenty-six-year-old Magnolia “Maggie” May Carter owns Bon Temps Rouler, the bar she had dreamed of. The time she spends volunteering at the animal shelter has resulted in Yard, her three-legged dog, the Roomba-riding Leonard, and Sheldon who actually likes Luc — the only person on the planet he seems to like! Violet is Maggie’s mean-ass, snooty sister. David and Trina had been Maggie and Violet’s parents. When their parents died, wealthy great-aunt Beatrix “Bea” Chatelain and Great-auntie June, who had been married to Good Time Jack for over twenty years, took them in.

Bon Temps Rouler is…
…Maggie’s bar where Chrissy and Gus are some of her regular bartenders and Charlie is a barback. Earl Greene is one of the regulars; Stella is his plus-one for the hurricane party. Harry, Chrissy’s husband, owns a used-car dealership, but is soft-spoken and shy. Debra is another guest at the party.

Cassius “Cash” Armstrong was born in Newark and loves New Orleans where he finally found friendship and love. Oh, he’s a boy who will flirt with anyone at all, but his heart belongs to Maggie and Luc. Then there’s the Plan, with which Walker continues to tease us. When he enlisted in the army, he came out as a Green Beret. He’s spending his time rehabbing a house with Luc helping. Richard “Rick” Armstrong is his jerk of a father…and who is best friends with the crooked Sullivan. Cash reckons that the small diners and car washes his father owns are perfect for laundering a little moola.

Creative Green Beret former-Master Sergeant (Sergeant Major??) Lucien “Luc” Dubois with his heart of the mystic hardened by army life, loves music and loves to play. Smurf is the name of his ancient truck. His mom, Helene Dubois, has her own salon in Shreveport. Mayor Gibson was the man with whom Helene had the affair.

Jean-Pierre Marchand, a Cajun, is a musician and Maggie’s upstairs neighbor and best friend. Homer is one of Jean-Pierre’s uncles. Isaac is a friend of Homer’s. Leroy is one of Homer’s brothers. Armand is Homer’s cousin’s one-armed second husband. Tammy/Tina is a distant cousin.

Evangeline “Eva” Bell is Maggie’s best childhood friend and a sought-after fashion model. Molly Van Buren is Eva’s New York agent. Granny Mabel is the woman who raised Eva and tells her stories of her great-great-too-many-greats-to-remember grandfather who had been a Voodoo priest. Lauren is another friend of Maggie’s. Kelsey is Lauren’s little sister.

New Orleans PD
Superintendent George Sullivan is a corrupt bully who has it in for Luc and Maggie for what happened to Dean, his son, the state-champ quarterback darling of the school who was snake-mean to the core. Rory Ketchum is an officer who despises Sullivan; his family includes Jackie, his wife, and twin girls.

Leon Broussard is the district attorney and an honorary uncle of Rory’s.

Billy Joe “BJ” Summerset, the president and CEO of Fidelity Bank, is one of the victims. David Abelman is the lawyer hired for Maggie. Dr. Sean Stevens is in charge of Neurology at Johns Hopkins. Todd “the Tool” Dungworth was a jerk in Volume One. Jess is a waitress at Café du Monde. Sally Renee is now on a three-month tour of Europe. Bebelle is a python at the Voodoo Museum run by Voodoo Vinnie. Damballa is the serpent god in the Voodoo pantheon. Donald P. “Donny” Seitz owns D.S. Haberdashery. Gloria Davis had been an embezzler. Scarlet Jensen has an interesting beauty regimen.

Braxton Academy was…
…the school they all attended. Cory Jackson had the prom after-party at his dad’s fishing house ten years ago. Randy Barker had always had his nose in a book. Mrs Tannahill was an English teacher.

A fais do-do is a raucous Cajun dance party “filled with belly-busting food, a band …, Mason jars …[of]…home brew, and” dancing and stories. Fritzel’s is a bar with flair on Bourbon Street.

The cover is a repeat of Volume One with its pretty and soft sunrise of pastel blues, pinks, and oranges, coming up behind the forest in the bayou, making the full moon disappear. This time the silhouette of a woman, her body also glittering with stars, stands in that reflected, glorious sunrise, posed with arms outstretched as though presenting the bayou to us. It’s a complicated gradation from that soft blue at the top to the deep blue of the bottom. The text is all in white, starting at the top with a teaser, the script of the title washing across the woman’s body with the volume info immediately below it. Below that is an info blurb followed by the author’s name at the very bottom.

The title does have its uses in that you know it’s Volume Two in the series. 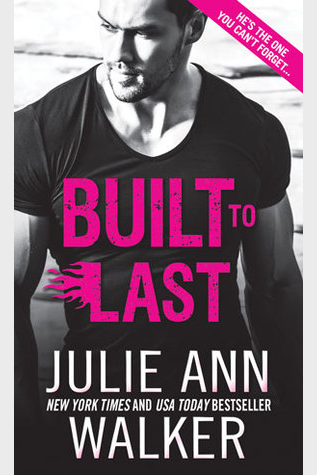