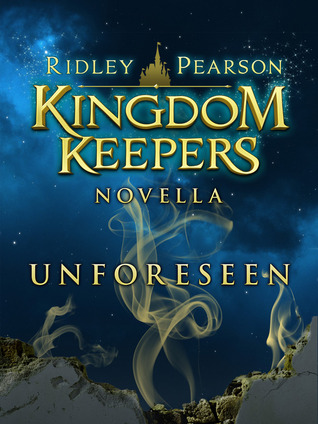 Jessica’s “gift” to dream of future events is both a blessing and a curse—the same visions that have saved countless lives are pure torment for her. Trapped in a body with a mind that has a mind of its own, Jess is condemned to see things she would often rather not.

Picking up after Kingdom Keepers VI—Dark Passage and leading up to Book VII—The Insider, Unforeseen opens with Jess dreaming of “cracks” in Disneyland. Is this vision something that will consume and destroy her friends, the Kingdom Keepers?

Jess sets out to find answers, embarking on her own nighttime adventure inside the Magic Kingdom at Walt Disney World. There, she encounters an old man with secrets, a young Imagineer-in-training whose future Jess wants to see, and a treasured wonderland about to shatter.

Also by this author: The Final Step

This short story comes after the sixth novel in this Kingdom Keepers urban fantasy series for middle grade readers and revolves around Jess, the Fairlie who dreams of the future and is based in Orlando, Florida.

I was given a copy of the book by the publisher.

My Take
This is Jess’ story, which seems only fair. She has done quite a bit for Team DHI but always in the background. In “Unforeseen”, Jess finally gets a chance at the action. And, lol, isn’t sure she wants to ever get that deep again. No, Team DHI isn’t in this one. Finn, Charlene, Maybeck, Philby, and Willa are on the sidelines — they would probably “disapprove” of all the screaming Jess does.

The story emphasis has been on Jess worrying about losing her gift and on how claustrophobic she’s feeling. Annnd, I don’t understand why Jess thought Wayne could help her with that? It needed a better segue into why an Imagineer was needed. It’s not until after Jess meets up with Wayne that he suggests the park is the best place to stimulate her memories.

It’s not my only niggle: “Wayne giggled childishly”?? Why does Amanda suddenly doubt Wayne? Sure, I can understand after what happened with Dillard in Dark Passage, 6, that she might be angry, but doubtful? Hmmm, I doubt it.

Amanda thinks they’re putting themselves at risk for some hocus pocus? How does she categorize what she, Jess, and the other Fairlies do? What about the Overtakers? The good characters in the Magic Kingdom? Just what was Jessica expecting as a kid? No chores? No school?

My one big problem with this story was the disconnect. It felt detached from the other Kingdom Keepers stories I’ve read. There was more tell in here rather than the show I’ve come to expect. There was a chill. Maybe because it was about Jess. Maybe because Pearson brought in another writer.

I did like Jess’ thoughts about how she, Amanda, and the DHI hosts got together. I loved the horror of running through the woods, this behind-the-scenes tour of Disney World, although, the second-tier bad guys are getting smarter. This isn’t looking good! Made me feel as though I were in a scary Disney movie! It certainly left me “powered by belief”! As Wayne reminds us, that power of belief works both ways, for good and evil!

I loved “old-married-couple syndrome”. Too funny. Then there’s the Firestarter as an owner’s manual, LOL. And, Jess gets a potential love interest…ooh la la…

The Story
It’s not working, and Jess doesn’t know what to do. Her dreams have always been there before. There’s only one person she can imagine who could help her, and he’s restricted as well.

Seems not everyone is a good imaginer, except maybe those 999 souls.

The Characters
Jess is a Fairlie, the dreamer; she dreams of possible events to come and draws what she sees. She’s been a vital member of the team, if only she could see it that way.Somehow Jess’ name morphed from Jezebel in the previous stories to Jessica in this one. Amanda Lockhart is another Fairlie, but with a different gift, one of telekinesis. Now they live with Mrs. Nash in her foster home near Disney World.

Wayne Kresky is a Disney Legend and one of the original Imagineers who helped create the Disney Host Interactives; he knows everything about the Kingdom and Walt’s thoughts. He’s been battling the Overtakers forever. After events in Dark Passage, he’s hobbled. Wanda is Wayne’s daughter. Jason is a young Imagineer pursuing a Lit major, who is on loan from UCLA.

There are two sides to the battle in the Magic Kingdom: those characters allied with Team DHI and the Overtakers. The Disney characters who help out the Disney Interactive Hosts include Pluto, Stitch, and Belle. There’s a charm of fairies who help out: Fawn, Rosetta, Periwinkle, Tinker Bell, Iridessa, Vidia, and Silvermist. Tia Dalma, who escaped events in Dark Passage, is on the loose, although Gaston and LeFou are much closer. Eek! Jasper and Horace are two of Cruella’s goons who survived. Wayne had warned the Imagineers, but… Chad is a miner.

OTKs are Overtaker Kids, regular teenagers coerced and enchanted by the Overtakers. Greg Luowski is one of them, a bully from Finn’s school.

Fairlies are kids capable of unbelievable powers, who have been experimented on by the government.

The Cover
The cover appears to be a metaphor: a starry night sky is overhead as Jess and Amanda race through the Magic Kingdom, but it’s the doom, chaos, and ruin of Jess’ dreams through which the souls of the dead swirl.

The title is Jess’ fears, for her loss of her dream ability is Unforeseen. 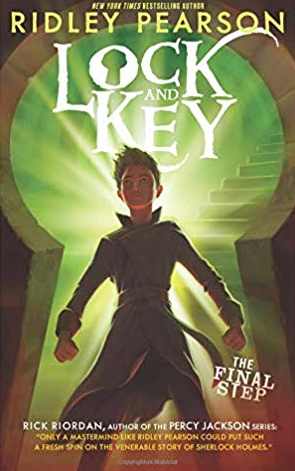