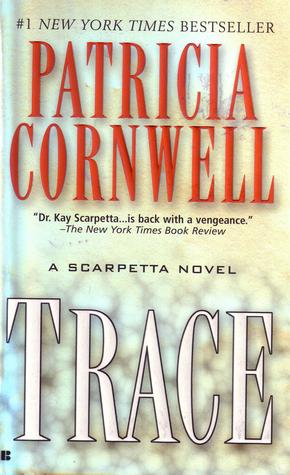 
Thirteenth in the Kay Scarpetta forensic mystery series and revolving around a freelance forensic pathologist. Trace involves a return to Richmond, Virginia, which had thrown Kay out on her ear five years ago.

I didn’t care for the screenplay feel of the writing, although it wasn’t actually that obnoxious. I simply dislike feeling as though the writer is providing instructions to the characters.

What a self-officious prick! I loved how Kay took Marcus down. Idiot. I don’t know what Virginia was thinking when they took this guy on, but he’s darn lucky they haven’t talked to his shrink. By the way, I am wondering why Cornwell thought it was so important to tell us about the garbage men. Sure, it made me despise the little shit more, but other than that…why?

Benton has his own problems. By the name of Henri. I do not know how he had the patience to deal with that woman. Jesus. As for why Lucy would choose Henri?? She’s like a train wreck you don’t want to watch.

Cornwell provides a peek back at Marino and Lucy’s relationship, what Lucy had gotten up to in her earlier youth. If it was supposed to give us an idea of why Lucy is behaving the way she is now, it’s not working. We’re left with no conclusion as to Fielding’s issues. As for Kay, I think Kay is an idiot not to take advantage of, or want to hear, what Lucy has to tell her. She certainly ain’t politically savvy. And she’s so whiny about Lucy.

That poor FBI agent who “didn’t come here to be abused”. Why not? Everyone else is being abused. Why not join the club? Or not as Dr. Fielding quits in a rather explosive way, lol. Then Marino caps it with what he’s learned about the truth of why the FBI is involved. It figures.

That boy does get himself into some trouble. He irritates the heck out of me with his passive-aggressive attitude, the way he jumps to conclusions, and then he pulls something as stupid as this with Suz Paulsson. What was her reasoning for her actions? Marino does have sex on the brain, as we get quite a bit of his thinking about what he’d like to do with Kay. I’m wondering if this is part of the build-up to the encounter he will later have with Kay?

I have to say, it was “impressive” how easily Kay makes that connection to a former employee. I guess he made a bigger impression on Kay than he knew.

It feels as if Cornwell is throwing bits and pieces into the story to lengthen the story, make it interesting. She writes as if Eise doesn’t know or ever worked with Kay, and then it all turns around and he did work under her. WTF? It’s disjointed, vague, and I felt as though I was struggling to understand what was going on.

Richmond is desperate for help on a perplexing case their current chief medical examiner hasn’t a chance in hell of figuring out.

Meanwhile, it’s Lucy’s fault that Kay and Benton missed out on their Aspen vacation. Now Benton is trapped with a damaged sociopathic lover.

Dr. Kay Scarpetta is still smarting from being tossed out of her position as the chief medical examiner in Richmond, Virginia. She currently lives in Florida and freelances. Rose is her secretary. Pete Marino has been her detective friend and partner for years.

Dr. Joel Marcus is the inept idiot with little confidence or skill who was finally appointed as chief medical examiner of Virginia. He’s been there four months now and still hasn’t done one autopsy. Assistant Chief Dr. Jack Fielding had been Kay’s friend and pathology partner. Dr. Ramie and Dr. Martin are more unfortunate pathologists. Junius Eise is a forensic scientist in Trace with his own issues. Kit Thompson is Eise’s neighbor in the lab. Jessie. Julie is a clerk. Bruce is a guard Marino gets chummy with. Bailey is a soldier from Fort Lee’s Graves Registration Unit learning how to handle dead bodies.

Detective Browning is with the Richmond PD and working the Paulsson case. Special Agent Karen Weber is from Quantico’s Behavioral Science Unit.

Edgar Allan Pogue had been employed at the medical examiner’s office until he became disabled from inhaling formaldehyde in an accident. Dave had been Pogue’s supervisor back then.

Gilly Paulsson was fourteen years old when she died mysteriously at home. Her dad, Dr. Paulsson, is a GP and flight surgeon in Charleston, South Carolina, who also works with the Air Force to give health checkups to pilots. Seems Homeland Security and the FBI are rather curious about some of his activities. Sweetie is (or isn’t) Gilly’s basset hound. Suz Paulsson is Gilly’s mother and has got some issues goin’ on. Hoo, boy.

Sissy Shirley, Benjamin Franklin, and Theodore Whitby (who was alive when Kay passed by him that morning), and Finky/Finder? are victims. Mrs. Walker has the same kind of blue Impala as Marcus’ mother. Sam Stiles, Bobby, and the foreman, Joe, had been some of Ted Whitby’s coworkers.

Hollywood…
…Virginia. Benjamin P. Shupe is the not-too-choosy landlord. Mrs. Edith Arnette was an old lady and a neighbor to the Paulssons. Now the house is owned by her daughter, Bernice Towle. Dr. Stanley Philpott is Pogue’s doctor.

“She had cancer. So many of them did.”

Benton Wesley (I think he’s newly back from the dead) is a profiler and psychologist stuck in Aspen as a favor to Lucy. Henrietta “Henri” Walden, a.k.a., Jen Thomas, of the Virginia Waldens had been a policewoman in L.A. when Lucy hired the sociopathic narcissist.

Lucy Farinelli, a.k.a., Tina Franks, is Kay’s gay, multimillionaire, brilliant niece. Lucy recently opened an office in Los Angeles. Rudy Musil is a friend, colleague, and partner who left the FBI to come work for Lucy at The Last Precinct, an international investigation firm. Kate is Lucy’s weird neighbor. Jeff is the ex-husband whom I think got away just in time. Brenda was the ER nurse. CSI John Dalessio is an invention.

The cover background is a silver holograph with the author’s name large on top and in an embossed red metallic font while the title is also large, at the bottom, and in a white embossed font. In small print in the middle is a notation that it is a Scarpetta novel.

The title is a tiny bit of inexplicable evidence the Trace department finds that will lead them to the truth. 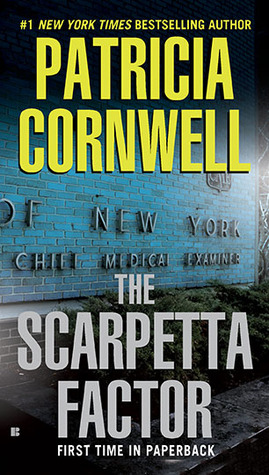 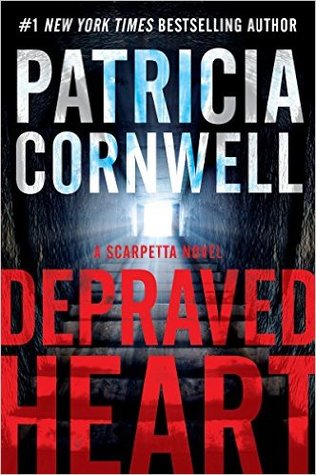 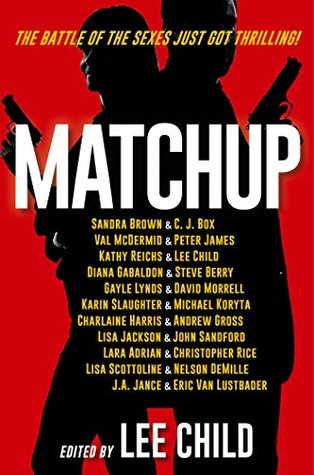 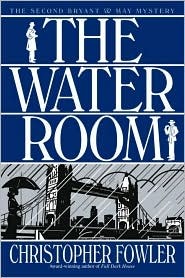