Buy on Amazon
Goodreads
Also by this author: Thread of Fear, Desperate Girls

Fourth in the Alpha Crew romantic suspense series and revolving around the members of this SEAL team. The couple focus is on Special Agent Alexa Mays and Navy SEAL Jake Heath.

This ARC was sent to me by NetGalley and Gallery Books for an honest review.

Okay, I gotta say I’m disappointed in Total Control. The plot was rather thin with the focus on the romance…and only the romance. There’s no office interaction for Alexa other than her brief mention of why her boss is a pain and agents who are helping her out. As for Jake, there’s only the intro of his team on this practice mission, and we get very brief mentions of that family camping trip he’s blowing off. Comments that do reveal why it’s so easy for him to ignore it, but still…? And what is his rank? I know he’s the corpsman, but that’s a job description.

It’s that third person dual protagonist point-of-view from Alexa’s and Jake’s perspectives that keep us in touch with what each is thinking and experiencing. Always helpful in a romance!

It is a treat to have a macho kind of guy like Jake appreciate the same attributes in a woman, and it’s too bad that she has that built-in bigotry against him. Okay, so that’s not a fair comment, as Alexa’s experience with the “boys’ club” has colored her attitude toward men “in the office”, which does make it plausible as to why Alexa is reluctant to get involved with Jake. But…oy…

However, Alexa does irritate me with her too-gung ho attitude and refusal to comprehend that Jake’s contacts may not want contact with a fed. I mean, duhhh… Nor do I understand Mario’s attitude…if he’s such a SEAL legend.

That’s a tacky move, asking for that favor after blowing Jake off for six months. As for Alexa conducting this investigation on the side, how does she manage to get so many agents to do surveillance for her…’cause it sure sounds like they’re full-time.

I do love Scout, he’s an interesting character who brings a nice bit of humor to the story with his interactions with Jake and Alexa, lol.

Still, it was a sweet and unexpected ending with Alex making a major advance on her character arc…we’ll have to see where it goes in #5.

Alexa Mays is following a hunch, investigating a terrorist on her own time, and needing Navy SEAL Jake Heath’s help. Aid she doesn’t want, but Alpha Crew has a reputation, as does Jake, for finding those who don’t want to be found.

And Alexa is desperate to find this terrorist before his people strike.

Special Agent Alexa “Lexie” Mays works counterterrorism in the LA office in a male-dominated environment. Her dad had been a homicide detective in Phoenix before he retired.

Navy SEAL Jake Heath is a corpsman. His surgeon dad has cancer, and his three brothers are all doctors.

Alpha Crew is…
…good at finding people who don’t want to be found. His SEAL teammates include Petty Officer Kyle Marin; Ryan Owen, who is one of Jake’s best friends; Ethan Dunn; and, Lucas Ortiz, who is dog sitting Scout, a retired explosive-detection canine with medical issues.

Jerome Matapang is a terrorist; his brother Joe had been arrested for drug running. Courtney Stapleton, a yoga instructor at Black Swan Yoga, is Jerome’s ex-girlfriend. Tom Green is known as Tango X. John Ocampo‘s truck is registered in Nogales, Arizona.

The Asian Crescent Brotherhood (ACB) is under investigation for attacks throughout the world.

The cover is a complement of blues and oranges in Jake’s bare (and muscled!!) torso, his dog tags hanging around his neck. The background is quite appropriate with that chain link fence on an angle against a deep blue-gray background. The text begins just above Jake’s pecs with an info blurb in white, the author’s name immediately below it in white as well. The title is below that in a colonial blue with the team insignia between the words. At the very bottom is the series information in white.

The title is what Alexa wants: Total Control. 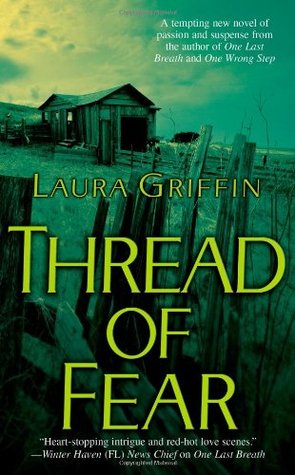