Buy on Amazon
Goodreads
Also by this author: The City, Saint Odd, The Silent Corner, The Crooked Staircase, The Forbidden Door, The Night Window

Second in the Jane Hawk series and revolving around Jane Hawk, a rogue FBI agent intent on taking down a ruthless cabal.

Okay, so it’s a common plot: the evil guys want to take over the world and reduce the rest of us to a world of Stepford wives. And Koontz runs with this.

It’s that combination of destroying a person’s free will, the disdain and contempt the bad guys have for anyone not them, and incorporating the technology that already exists, that will scare the bejeebers out of ya! Worse is those few paragraphs that point out the truth of “making the Internet more fair”. Yeah, I’ve had my suspicions.

These smarmy gits are all about “bringing peace to the world” by removing everyone’s ability to choose for themselves. To make them machines. As awful as life can be in this world, without free will, there would be no artists, no writers, no musicians, no beauty. No one to create.

I gotta say that I started reading this before Thanksgiving…and I had to stop for weeks before I took it up again, simply because it was so horrific in its possibilities. All that technology Koontz makes use of is right here, right now. It’s even more horrific, as Koontz uses third-person omniscient point-of-view, so we get to hear everyone’s thoughts. It’ll make you gag.

Jane is an interesting mix of by-the-book FBI and using her knowledge of how the bad guys operate (in general) to evade all the people looking for her. This particular story pulls in Tillman, whose family adds a sense of terror to it all. I’ll be curious to know if Tillman meets up with Jane or if a new family gets pulled in, in The Crooked Staircase in May 2018?

Koontz has a good bit of backstory for Jane which pops out so naturally within the story.

I am confused by Hannafin’s behavior, how badly he misses his wife at the start of his scene, and then what we learn later.

For some reason, Koontz uses present tense at the start of some chapters, and then switches over to past tense. What’s with that??

Maybe Koontz was just tense…god knows I was…tense. My heart raced. I started to peer out the windows…just in case!

Men and women leading happy, productive lives are committing suicide at tremendous rates. They’re all part of the Hamlet List, a list that indicates this person may push civilization in the wrong direction. The direction the conspiracists don’t want the world to go.

It was her own husband’s suicide that set Jane down this path, for it didn’t make sense. And Jane is determined to know the truth. But these ruthless people bent on hijacking America’s future for their own monstrous ends never banked on a highly trained FBI agent willing to go rogue — and become the nation’s most wanted fugitive — in order to derail their insidious plans to gain absolute power with a terrifying technological breakthrough.

One with which they can get to you anywhere, anytime.

Jane Hawk is a rogue FBI agent on the run. Her husband, Nick, killed himself. Jane’s father is a world renowned pianist who murdered her mother. Her son, Travis, is hidden in rural Orange County with friends, Gavin and Jessica Washington, to keep him safe. Bella and Sampson are their mare and stallion. Hannah is an Exmoor pony the Washingtons bought for Travis. Queenie and Duke are the Washingtons’ dogs.

A small town in Minnesota
Sheriff Luther Tillman has been married to Rebecca for twenty-six glorious years. They have two daughters, Jolie is a senior in high school and Twyla is away at college in Boston. Aunt Tandy lives in Madison. Deputies Rob Stassen (his wife is Melanie) and Lonny Burke are puzzled by the FBI’s behavior. Gunnar Torval is the undersheriff. Vance Saunders is with the fire department.

Cora Gundersun is an amazing 6th-grade teacher who cares about her special-needs students and who was named Teacher of the Year a couple years back. Dixie Belle is her dachshund. Hazel Syvertsen was her friend.

FBI
Vikram Rangnekar is a supergeek and a friend of Jane’s. Jane’s mentor and friend had been Nathan Silverman, a section chief.

Booth Hendrickson is from the Department of Justice, and he has a leading role. He’ll become John Congrieve in Iron Furnace. His moles in Minnesota include Huey Darnell, a drunken jerk; Hassan Zaghari who is quite happy to kill anyone; and, Kernan Beedle of the odorous body. Eva Kleitner is the director of a lab in Virginia.

Reseda, California
John and Judy White, a.k.a., Pete and Lois Jones, are Syrian refugees who provide any kind of weapon or alternate ID you could want.

Texas
Ancel and Clare Hawk run Hawk Ranch in Texas and are Nick’s parents and very supportive of Jane. Donner is Ancel’s favorite horse. Juan Saba is the ranch manager; Marie is his wife. Chase Longrin had been Nick’s best friend in high school. He married Alexis Aimes. Leland and Nadine Sacket are millionaires who started up a school and orphanage, the Sacket Home and School, with 139 children. They’re also Nick’s godparents. Kelsey Bodine is one of the Sackets’ success stories.

Iron Furnace, Kentucky, is…
…The Town Where It’s Always Christmas on Iron Furnace Lake, a town with a very upscale resort, Iron Furnace Lake Resort, owned by Terra Firma Enterprises which is owned by Apoidea Trust. Derek Lennox-Heywood is a director of the trust. Stacia O’Dell is the concierge and event coordinator at the resort.

There had been eight children under sixteen in the Iron Furnace “sanitarium”: Harley Higgins is fourteen and constantly working on escape; Sally Ingram is seven; Nora Rhinehart is eight; the fragile Jimmy Cole is ten; Tom Proctor; Dulciana Moss prays to God for help because he hasn’t, yet, betrayed her like her parents; Jenny Boone; and, Bobby Acuff. They’re all terrified. Bobby’s sister Rimona died, and wait’ll you read that one! Harley’s uncle and parents aren’t them anymore. Noreen, Walter, Seth Donner, George Woolsey, and Harvey are some of the people who work at the “school”. One for each prisone…, er, stude…, er, patient.

Martin Moses is an event planner with A Private Affair from Atlanta. Freya is a waitress; Lionel is her husband. Ben is the invented hubby. Dr. Wainwright is a veterinarian.

The Seedling Fund, founded and financed by T. Quinn Eubanks, put on a conference at Iron Furnace. Lisa Toska is the current primary officer of the fund.

Arkansas
Otis Faucheur has a booming business, the most stable criminal enterprise in the South, in the Ouachita Mountains. Margot is his third wife. Dozier is the son who had been on death row.

David James Michael inherited billions and keeps on making more; he has a plan for his Arcadia. He’s involved with the Seedling Fund, Aspasia, Volunteers for a Better Tomorrow, and Far Horizons where Sara Laura Sahoen and Henry Waldlock work.

Southern California
Lawrence Hannafin, a journalist, has been a widower for a year since his wife, Sakura, died.

Randall Larkin is a lawyer at [Carter] Woodbine, Kravitz, Larkin, and Benedetto. He has his own escape plans as Ormond Heimdall. He thinks no one knows about it. His second wife is Diamanta. Ellen is his secretary.

Wilson Faucheur is Otis’ son and an architect.

Jason Alan Drucklow is a licensed private detective, but mostly destroys reputations. Cammy Newton is his assistant and girlfriend. He’s currently being paid by Marshall Ackerman of Volunteers for a Better Tomorrow.

Aspasia is…
…a very elite whorehouse which employs girls who have been injected with the nanotech. It ensures they’ll do whatever you want.

Shenneck Technology had been…
…led by Bertold Shenneck who had invented a nanotech control device — from which there’s no coming back; he’s also partnered with D.J. Michael.

There are good Samaritans everywhere, including Foster Oswald with a ring tip and Bernard Riggowitz, a.k.a., Grandpa Bernie, whose wife, Miriam, died a year ago. Shem is Bernie’s brother. Not Lev.

Sandra Termindale is Holly and Lauren’s mother; Pamela is her mother. Roger and Palmer are old friends of Tillman’s who live in Des Moines. Jerry Hare is a greedy bellhop. Rayshaws are killing machines who care nothing about their lives.

The cover is black, white, and red. It has an odd, curving gradation from black into red, as it lightens from the left of Jane’s cheek to her forehead to the right side of her face, all with contouring lines following the planes of her face, a technological marvel that goes both ways. All the text is centered and in white and, I think, embossed. A promotional blurb is small at the top. Below it, in the biggest size, is the author’s name. Below the fold, is the title with the series information below that.

The title is…an…update. The Whispering Room where all is known. 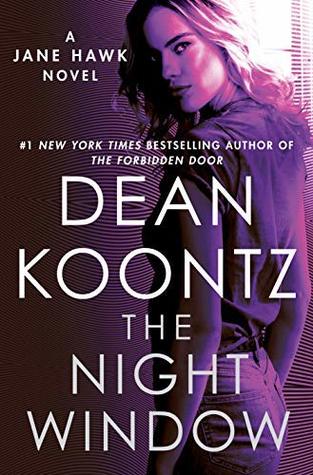 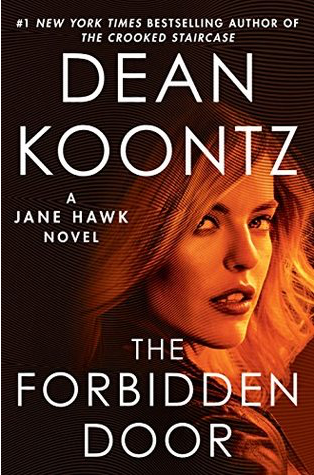 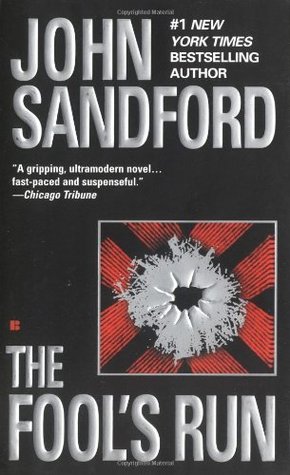 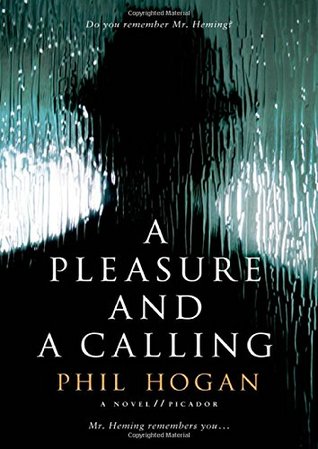 6 responses to “Book Review: The Whispering Room by Dean Koontz”