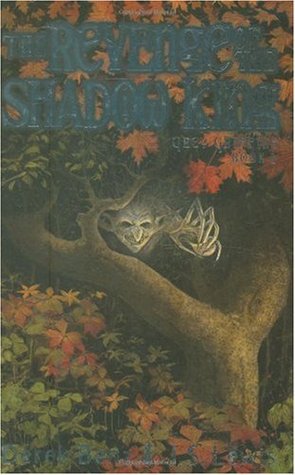 Benz/Lewis take role playing games to infinity and beyond in this tale of Templars and the King Arthur legend while using the third-person subjective point-of-view, conveying thoughts, feelings, opinions, etc., through the perceptions and knowledge of one or more characters.

The story is a fun idea, but too hokey for me. Normally, I adore anything fantasy. Throw King Arthur in and I’m there. But Benz/Lewis have too many slip-ups starting with the biggest one: the role playing game that Iver plays without telling the kids the truth about it or giving them the training they are supposed to have. The need for it just suddenly jumps in. As for Max finding the Codex. Oh, boy.

Then that scene in which Max’s mother insists that his backpack be slipped under Hannah’s stroller was so lame. Put a little effort into thinking. Please.

Somehow the Shadow becomes the Shadow King, who doesn’t seem as menacing as I would have expected. It’s rather melodramatic and just too obvious in so many of the characterizations.

Of course, the deus ex machina at the end was just the frosting on the cake.

It’s been a horrible year for Max. His parents have divorced, and it seems as if his father has forgotten him.

It’s an ache that is forced into the background when the truth of the game comes out, and Max, Harley, Ernie, and Natalia must battle the monsters leaping out of the Codex Spiritus.

Their town, their very world is being overrun by monsters and menacing woods, by plants that grow tens of feet over night, taking over homes and farms. Weather that rages.

If Max and his friends fail…so fails our world.

Grayson “Max” Sumner is the hero character and eleven years old…and a direct descendant of King Arthur. His family is rich, the kind that owns entire towns, megamalls, high-row towers, acreages of farmland. His parents, Annika Claiburn (a former model) and his dad, have just divorced. Hannah is his eighteen-month-old sister. Rosa is the nanny and chief of staff…and much more of a mother than their own. The Scottish Logan is both driver and family bodyguard. Grandma Claiburn is a widow, her husband having died two years ago. Ursula is his father’s assistant at Sumner Enterprises.

The Grey Griffins are…
…Max’s close friends and the name of their club and role-playing team with Harley Davidson Eisenstein (who lives with his poor mother) as the Warden; Max as the Master of the Order; Ernie Tweeny, a candy-holic, is the secretary; and, brilliant and precocious Natalia Romanov who is all about protocol and traditions. Roscoe is Harley’s enormous hunting dog.

Olaf “Iver” Iverson, a friend of Max’s Grandfather Claiburn, owns the Shoppe of Antiquities, which is where the four, er, five, play Round Table as a team.

King’s Elementary School is…
…where the four attend school. Dennis Stonebrow is the primary bully; his father is a minister. Ray Fisher is Dennis’ only friend and twice as evil. Ray HATES Max despite having been one of his closest friends; Ray’s dad owns the First Avalon Bank. Fellow students include Brooke Lundgren, the most beautiful and popular girl in their class, and Scottie Johnson.

The Jacobson farm is thought to be haunted. Mr. Thorvald is the keeper for the Chapel of the Mist on Lake Avalon. Loki is his big dog.

Those Templars show up again. This time the explanation is that they were hiding the Codex and were betrayed by Morgan who poisoned Philip of France’s mind against them.

The Shadow King is…
…Oberon, ruler of the Shadowlands of Faerie, seeking Titania’s Jewel. Titania had been the Queen of the Shadowlands and Oberon’s wife. Sprig is the conflicted, shapeshifting spriggan Max frees — along with a Shadow and a Slayer — from the Codex Spiritus, which holds all the creatures of Faerie. Kobolds are immune to the effects of iron.

The cover is an excellent example of NO contrast between background and title or author’s name. You can barely read it even with the right angle. What were they thinkin’??! I do love the background with its autumnal colors of red, yellow, oranges, and greens surrounding the substantial trunk of the tree. That peacefulness is shattered brutally by the skeleton-ish Slayer Goblin snarling, reaching out with his bony claws from within the tree’s leaves. The title is at the top with the series information below it on the right while the authors’ names are at the bottom. All are in a Gothic silver metallic font with the title shadowed by black.

The title is only the start of The Revenge of the Shadow King.

One response to “Book Review: The Revenge of the Shadow King by Derek Benz and J.S. Lewis”