Also in this series: A Serpent's Tooth

Also by this author: Spirit of Steamboat, A Serpent's Tooth, Any Other Name, The Highwayman, "Eleven/Twenty-Nine", An Obvious Fact, The Western Star, Depth of Winter, Land of Wolves, The Cold Dish, Death Without Company , Kindness Goes Unpunished , Another Man's Moccasins, "Land of the Blind"

One of the Christmas short stories in the Walt Longmire mystery series that Johnson gives away for free in his newsletter. Sign up if you’d like to get your own Christmas shorts!

It’s all about the percentages. Where you live, what sex you are, your age, the chances of somebody going to prison for killing somebody, the solve rate in Europe and Asia, which decade it is, how many killers confess, and more.

Johnson uses first person protagonist point-of-view from Walt’s perspective, and it certainly sets the atmosphere for both sheriffs and their personalities and concerns. Poor Sandy. Doesn’t sound like his wife would be too happy about that postponement!

It’s all character-driven as we get acquainted with both men, and the conversation makes for a nice distraction as the two sheriffs hunt down an elusive man mountain. The pace is to the point, although Johnson must have been in a hurry when he wrote “The Percentages”. There are some vague bits in here where I’m confused as to who or what Walt is referring to. As well as a few misspellings.

I’m not sure why Walt is involved in this, either. Overall, it’s rather unsatisfying with its brevity and this vague snapshot into the case.

An impromptu case, and Walt reckons the true source of Sandy’s irritation is the flight to the Honduras he may miss, leaving him with a very upset wife.

‘Cause finding a body in six square miles…is, nope, not gonna be easy.

Sheriff Walt Longmire is in charge of law enforcement in Absaroka County in Wyoming while Sandy Sandburg is the sheriff of Campbell County.

Mr and Mrs Terrence own a ranch in Campbell County. Connie Embersoll is their daughter.

Bob Castro is a UPS driver out of Gillette. Mike Castro is the brother with whom Bob lives.

Crow Butte Mine is…
…a major coal mine in Campbell County. Jim is the new assistant shift manager. Darlene appears to be a secretary or receptionist? Tim is a foreman/shift manager working section three.

The title is how Walt and Sandy distract themselves by discussing “The Percentages”. 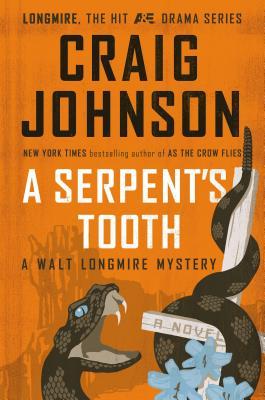