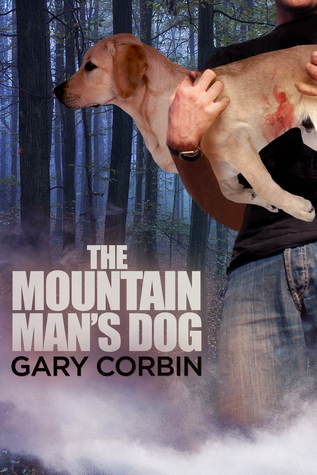 
First in the Mountain Man crime thriller series set in the Oregon Cascade Mountains in late September and revolving around Lehigh Carter, a forester who simply wants to be.

The Mountain Man’s Dog was sent to me by BookSirens for an honest review.

It’s a David and Goliath tale with the underdog up against corrupt politicians and with a scumbag senator willing to sell out his own daughter! No different from any other politico. More interested in himself than any one else, including his family.

That Corbin teased and teased and teased. It’s Lee not wanting that damn dog and trying so hard to twist out of it. It’s not his fault he’s such a soft touch, lol. Nor that he’s too stubborn to be pushed and prefers to keep it all inside. Then there’s Stacy’s story about her personal life that alternates between my feeling bad for her and thinking she’s a cowardly whiner.

Corbin uses a third person global subjective point-of-view, primarily between Stacy and Lehigh and other characters jumping in now and again in this over-the-top romantic thriller. It certainly is an active story with plenty of action happening for and against Lee. Lucky comes in for his share too. Stacy’s scenes are useful fillers, providing that key insight into her father and Paul. Yuck.

The strip club is a fascinating twist in the story, although all those favors sure weren’t. Fascinating that is. I did like that twist Lee pulled with the Cal-Tex money, and it sure added a nasty touch in the grand jury trial! It certainly kept me tense!

My biggest niggle is Stacy being in a relationship with Lee. Hey, I’m not saying he isn’t the better man, but I’m impressed that Stacy was (and is) willing to overlook the gulf between them.

I am so not impressed by Lee’s parents. As for that old meme, getting bored at restrictions and making life worse, well, that just ticks me off as being too easy to drum up some more conflict. Lame, lame, lame.

In the end, it’s all about who you know.

It truly is a “lucky” day for Lehigh Carter when he spots that injured dog in the road. And Lee’s life only gets “luckier” as life swooshes on around him.

From an “unwanted” girlfriend to arson to kidnapping, Lee’s life will never be the same.

Lehigh “Lee” Carter is a forester managing vast acreages of wooded land for family and others, as Carter Forest Management…and he hates dogs. Pappy and Maw (Irene) are his retired parents who live on the family farm…Maw has the dementia and a major hate on for her son. His uncle Ted once owned a mean German shepherd.

That yellow hound was indeed “Lucky“.

Clarkesville Animal Hospital is…
…a mostly volunteer clinic put together by Stacy McBride, who had wanted to be a vet and now simply volunteers. Dr Lewis is the vet. Anne-Marie is the not-too-bright volunteer who does the office and cleaning work. Jimmy is Anne-Marie’s long-suffering husband. Amy is another volunteer. Lili is a patient. More clients/patients include Dr Zwick, Betsy Kellerman has a toy poodle, Extra; Mrs Whitehead owns a Jack Russell terrier named Toby; Mrs Hathaway has a Labradoodle; the Durstens have a six-year-old Siamese; Mrs Huckaby has her Teddy, a Bijon-Frisé; Cooper Auto has a Border-Aussie mix; and, Agnes is a sheepdog.

Stacy McBride had been engaged to Lee some ten or twelve years ago, having known him since they were fifteen. Donna is Stacy’s best friend since high school. Stacy is also the daughter of State Senator George Lindsay McBride (President Pro Tempore) who’s now running for governor. Catherine is her mother. Paul van Paten is a lawyer who is the senator’s campaign treasurer who wants Stacy. Paul isn’t particular about how he raises those funds, either. Paul’s father had been one of George’s oldest friends and political allies. Dr Steven Daniels III is a dentist and Stacy’s ex.

Brockton and James Thornburgh are in an unequal partnership, working as bagmen for Cal-Tex Lumber. Mr Downey, friends with George since college, owns a strip club as well as a bar, Montgomery’s, as part of Downey’s many real estate holdings.

Constantine Richards is Lee’s lawyer. Judge Kimball presides over the grand jury. Old man Patterson runs a basics market, as opposed to WinCo, your more standard grocery store. Shirley’s Diner is where Connie works as a waitress. The Reverend Scott and his wife are Stacy’s neighbors and friends of her father’s. Brian Kelly is an insurance adjuster. Mo’s Mochas is popular. Dr Gorman is a plastic surgeon? Speaker Ramsey is influential. Bruce Bailey, a sleazy TV news guy over at Channel Seven, had run in a legislative race back in the day. Suzie works at Honeycut Caterers. Dotty is a waitress at a greasy spoon.

The cover is clean and feels so spare and yet it tells you quite a bit with its blue-hued forest of tree trunks in the background with a partial of Lee Carter in a black turtleneck and faded blue jeans holding an injured yellow hound dog in his arms. The title is in white to the left of Lee’s hip and the author’s name snugged in below it in black.

The title is the unwanted stray who becomes The Mountain Man’s Dog.