Husband-and-wife team Sam and Remi Fargo are in Mexico, when they come upon a remarkable discovery—the skeleton of a man clutching an ancient sealed pot, and within the pot, a Mayan book, larger than anyone has ever seen. The book contains astonishing information about the Mayans, about their cities, and about mankind itself. The secrets are so powerful that some people would do anything to possess them—as the Fargos are about to find out.

Before their adventure is done, many men and women will die for that book—and Sam and Remi may just be among them.

Fifth in the Fargo Adventure archeology suspense series revolving around Sam and Remi Fargo, a pair of scrupulous and wealthy adventurers.

My Take
Well, it is a Cussler, so it is full of adventurous fun. The more outrageous, the better. And, yes, the writing is a step up from Tombs, 4, *shudder*, although Cussler/Perry still have issues with too much tell and too many info dumps, and it still reads too simply.

It’s all fun and games from great white sharks to fending off pirates, escaping through underground cisterns and rappelling from helicopters. But it reads too much like a congratulatory brag-up with Sam and Remi the so-very-modest heroes of the hour. Yes, they are wonderful, but must it be delivered in this suck-up manner? Nor do we get a sense of how tired, hungry, or aching they are. It’s like reading a simple diary of we did this and then we did that. As if Cussler/Perry started to fill in the outline and decided they didn’t need to put a lot of effort in. After all, it’s a “Cussler” and the suckers will buy it no matter what.

I do love the improvements they’ve made on the house’s security.

Okay, explain this to me. The Fargos and Caine know the rules about informing the government about archeological finds, and they’re going to hang onto the pot? They know there’s a danger of it being taken, so, hey why use the security of the Fargos’ house? Why not dump it in a public institution? Um, computer backup, anyone?

Once Sarah Allersby delivers her threats, why aren’t the Fargos and Caine thinking ahead to the future? They must know her type? For that matter, shouldn’t Russell and Ruiz be a lot more savvy?

As for the wicked Sarah. Oh, brother. She’s so one-dimensional that it’s embarrassing to read.

Um, Caine talked to all sorts of people. How does he know which one he “mistakenly trusted before”?

I do love how Sam and Remi circumvent this witch, LOL. It’s good and only works here because that’s how Cussler/Perry wrote it. God forbid they should come up with a villain with brains. Which leads to another quibble. How is it that Sam and Remi blithely breeze through all this? They rarely come up against any real opposition. And when the chips are down, everyone is in place. Pretty impressive…*excuse me while I gag*

Oh, please, that scene in which Sam claims he “sees no other way out”? Sure I can see Sam saying it, but I can’t see Remi reacting to it as she does. Totally out of character.

And, yeah, it’s still a step up, barely from Tombs, even if it does read more like a diatribe against tomb raiders.

The Story
The story takes up a few months after Tombs left off with the Fargos’ home—the new and improved—being put back together.

While their domicile is being rebuilt, the Fargos are off adventuring. This time helping to tag great white sharks off the coast of Mexico when an earthquake hits and a volcano erupts. It’s Fargos to the rescue as they bring aid of all sorts to the towns hit by this twin disaster. All this rumbling has brought devastation but it also reveals that which was lost long ago. And if Allersby has her way, it’ll stay “lost” a few more years.

But it’s not an option as far as Sam and Remi are concerned. There is no way they’ll allow Sarah Allersby to rape the Mayan heritage.

The Characters
Sam is former black ops of some sort, and Remi is a crack shot. Both Fargosenjoy the good life, but they spend their wealth giving it back. They employSelma Wondrash as their chief researcher while Pete Jeffcoat and Wendy Corden are junior researchers who all work out of the Fargos’ La Jolla home.Zoltán is their alert German shepherd.

Aboard the Marlow Explorer are:
Captain Juan Sandoval, mate Miguel Colera, and the cook George Morales who make it easy for the Fargos to tag sharks.

Part of the rescue team includes:
Dr. Maria Garza and Dr. Christina Talamantes are both ER doctors, andDr. Martinez is a surgeon. Both women doctors also come along on the trek to the volcano villages along with Raul and Paul Mendoza and a lawyer named José Sanchez.

Dr. David Caine is an archeology expert specializing in the Mayans, and he teaches at the University of California-San Diego. Albert Strohm is the vice chancellor for Academic Affairs.

Sarah Allersby is a British heiress who owns businesses and an extensive ranch, Estancia Guerrero, in Guatemala with more of an interest in wringing everything she can out of it. She’s a party girl with a reputation for taking what she wants as well as being an amateur archeologist and collector. With emphasis on collection. She’ll soon be just like her father.

Alfredo Montez is the Minister of Culture for the Republic of Mexico, Mr. Juárez is his assistant, Special Agent Steven Vanderman of the FBI, andMilton Welles is with U.S. Customs.

The villagers in Santa Maria de los Montañas include:
Father Gomez and Dr. Carlos Huerta are the first people Sam and Remi meet in town. Señora Velasquez is the padre’s housekeeper; Pepe is the village mechanic; Señor Alvarez owns the restaurant; Señor Lopez owns a shop; and, Carlos Padilla is their long-time mayor.

Amy Costa is with the State Department in Guatemala City. Commander Rueda is sweet on Amy and inclined to support her. Tim Carmichael is the helicopter pilot in trouble; Art Bowen is his boss. Cobra One, Viper One, and Viper Two are friends who move really, really, really fast.

In 1537 in what is now Guatemala
Friar Bartolemé de Las Casas is a Dominican monk and Prior of Rabinal who believes in converting the Mayans one person at a time and giving them equal rights. He is also enthusiastic about the knowledge contained within the Mayan books. Kukulcan leads the people in Rabinal; Tepeu is his warrior son.

The Cover
The cover is a scene from the end when helicopter gunships take out armored cars, jeeps, and more helicopters in a small village just outside a Mayan ruin.

The title may be The Mayan Secrets, but those secrets are more about those held by the good and bad guys in keeping the Mayan codices for themselves. 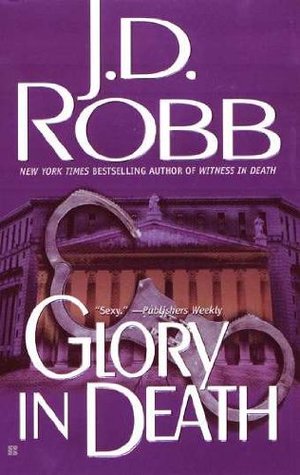