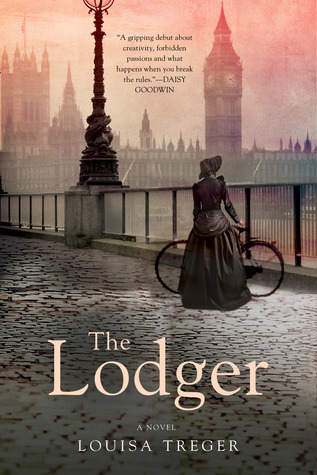 The first biographical novel about Dorothy Richardson, peer of Virginia Woolf, lover of H.G. Wells, and central figure in the emergence of modernist fiction

Dorothy exists just above the poverty line, doing secretarial work at a dentist's surgery and living in a seedy boarding house in Bloomsbury, when she is invited to spend the weekend with a childhood friend. Jane recently married a writer who is hovering on the brink of fame. His name is H.G. Wells, or Bertie as he is known to friends.

Bertie appears unremarkable at first. But then Dorothy notices his grey-blue eyes taking her in, openly signalling approval. He tells her he and Jane have an agreement which allows them the freedom to take lovers, although Dorothy is not convinced her friend is happy with this arrangement.

Not wanting to betray Jane, yet unable to draw back, Dorothy free-falls into an affair with Bertie. Then a new boarder arrives at the house—striking unconventional Veronica Leslie-Jones, determined to live life on her own terms—and Dorothy finds herself caught between Veronica and Bertie. Amidst the personal dramas and wreckage of the militant suffragette movement, Dorothy finds her voice as a writer.

An historical fiction biography about a woman author at the turn of the twentieth century who changed how novels were written. How cool is that!

The events in the novel take place in 1906 in England, although Treger confesses at the very end that it’s a re-arrangement of what truly happened in Dorothy Richardson’s life. The events are essentially accurate at heart, which only makes me want to explore more about Richardson. I want to know more about her and her writings.

This ARC was provided by NetGalley and Thomas Dunne Books in exchange for an honest review.

My Take
Treger made me feel this one! The cold, the hungriness — and not just for food!, the misery of her existence. She also made me feel Dora’s excitement about how much of the world was open to her. It’s honest in its joy and its depression. And it’s definitely a book for women! Dora so prefers being a woman in spite of the drawbacks of being a woman in her day, and she would hate to have a man’s mind, lol.

The start of The Lodger sucks you in with the coziness and oddity of this man greeting Dora as he does, and the warmth of the Wells’ home seeps under your skin. It feels more and more like a refuge when Dora returns to London and we see what her life is like there.

It’s Bertie’s chatter, his way of looking at the world around him that sucks you in. I can certainly understand why Dora is so charmed and needful for his conversation. Unfortunately, his bedroom actions regress into the average man’s method of attack. You know, really, sex education classes would be a lot more useful — especially when you consider how many years of it they put you through — if they talked more about the making love part. That women need a bit of a warm-up before the man progresses into his pounce. It’s no wonder Bertie can’t find his perfect partner. He doesn’t deserve one!

Lol, I do agree with Bertie’s thoughts about how God came about. Then there’s Dora’s lack of restraint. Go, girl! I love that she refuses to accept his statements as fact, that she pushes back with what she believes. That what she loves about living in London is the societies, ideas, and meetings that are possible. That she continues to stretch her mind.

I do wish Treger had explored (revealed?) more about what was making Jane so uneasy. Part of me wonders if it isn’t a plan on her part, to distract Bertie from whoever his latest was. What is it that Jane’s so fearful of?

I’m conflicted over Dorothy. I admire her strength of mind in that she’s determined to hold out for someone to love and to love her back as a real human being. I despise her carrying on this affair with her best friend’s husband…and yet, I can totally understand why. Being with him, listening to him propound on his theories about life, is fascinating, invigorating. And yet I can’t say that I’m disappointed when she finally faces up to the truth. It’s less difficult than her encounters with Benjamin, and he’s a sweetheart. Treger certainly knows how to make you remember, to feel the pang of hurting someone for not returning their love.

It’s an interesting look at H.G. Wells. And as much as I’ve enjoyed his books, I don’t like him. I reckon I’ll have to read some biographies to learn what’s real and what’s not. He was quite typical for a man of his time, getting exactly what he wanted and not even considering his partner. It’s odd. We never think of what life was really like for a classic author when they’re alive. We read their books and think wow. We don’t think of the kind of house they lived in, how they treated their wives or families. What those families were like. “Listening” to Bertie moan and groan about how awful this writing is going does make me feel better when I whine about my own writing, though, lol. I am in good company!

“Dorothy was beginning to realize that one’s inmost self was lost and not found through close relationships.”

Anyone in love should read this…there are truths in here that should cause anyone to sit back and take stock. To be honest with themselves and what they’re feeling.

Treger writes so beautifully about Dora’s little stories that she’s gathering up to “feed” to Bertie. It’s very much Dora’s stream of consciousness pouring forth, although I’d have to read some of Richardson’s novels to know if it was anything like Dorothy’s own works.

There’s an interesting bit in here when Bertie is writing a review for someone’s book and he believes that “reviewers tread a fine line”, and I do agree. Although I’m not sure it’s a line I can walk. I do try. And I do know I’m not always successful. Sometimes I’m too enamored of a book and don’t look critically enough, sometimes I only see the bits I’m enjoying and miss the rest, and sometimes I skew to the complete opposite and am furious with how poorly written something is. But Bertie does make me think. Then there’s Dora’s joyful experience with editing. Mmm-hmm, I can totally understand that one!

Ooh, I like that bit about riding a bike, the sense of fr-e-e–d–om…whee…

Then when Dorothy begins to write. Well, all I can say is I’m looking forward to reading more Treger.

Oh, please. Bertie says he’ll take care of everything? Like he did anything to help Dora before, during, or after??? What a jerk.

I do have to wonder why Treger teased with those depressing notes about the dentist. Nor did I feel what initially drew Dora downstairs to Veronica’s room. Once they touch however, it’s a startling contrast to what Dora has experienced with Bertie. Hmmm… As for Veronica herself, she strikes me as one of those women who needs variety and will play on your emotions to get what she wants while she plays herself up. Then there’s Benjamin. Thinking of him makes me cry. He’s such a decent and naive young man. I hate to think of his future.

Thinking of what the suffragists went through to get women the vote. The beatings. The torture. And look what we do with it. It’s sad and depressing. I got to thinking — lol, dangerous, I know — about what people have said about women’s lib and how it broke up our cozy perspective of family and forced women out into the workplace. That family harmony was destroyed, yadda, yadda, and reading in here about Dorothy’s life, about most women’s lives, about the play Veronica was forbidden… Thank god for women’s lib!

That said, I do think this is a very good read. I do like a book that makes me think, that makes me want to do more research into what lies behind it all. To read of a character who is willing to look at her thoughts and feelings honestly.

It ends on a curious note. It left me wanting more, and I went searching for more about Dorothy Richardson on the Internet. Lovely. …and I must pick up Pointed Roofs, the first in Richardson’s Pilgrimage series.

The Story
It’s a too-oft told fate for single women in that day and age. Unless married, they are circumscribed and hedged about with expectations, and certainly without a helping hand.

It’s with relief that Amy Catherine answers Dora’s letter. A friend who had an inquiring and lively mind is just who Dora needs right now. It doesn’t hurt that “Jane” Wells has such a well-stocked pantry!

The Characters
Dorothy “Dora” Richardson is struggling as a dentist’s receptionist/secretary in London, determined to make her own way and on her own terms. At seventeen, her father, Charles Richardson, went bankrupt and her mother couldn’t cope. Kate is the oldest daughter and lives with her family (and their father) in Long Ditton.

Amy “Jane” Catherine Wells has been her best friend since school, and Jane met Bertie when she was a student in his science class at university. It’s a time in H.G. “Bertie” Wells‘ life when he’s published The Time Machine. Yes, the science fiction author. Isabel was his first wife, a cousin, whom he divorced for Jane. Anne is the daughter of a friend of Bertie’s, a fellow teacher at school. Amber Reeves graduated from Cambridge with a first.

The boardinghouse in London
Benjamin is a well-to-do young Russian student to whom Dora had been giving English lessons, and he’s fallen in love with Dora. Mrs. Baker is the landlady struggling to get by. Carrie is her oldest daughter and helps with the cleaning and cooking. Mr. Cundy has designs on Mrs. Baker. Dr. Weber is a young Canadian doctor who also falls for Dora. Miss Boyd. Mr. Abella is an alcoholic Portuguese waiter who has the room next to Dora. Veronica Leslie-Jones is the latest of the boarders. Desperate to get away from family expectations, wanting to fulfill her own desires.

Mr. Badcock is the dentist for whom Dora works. Mary-Lou Jones is a typist down the road, and Dora can understand why she did as she did. Mrs. Despard is the suffragist who pulls Veronica in.

The Cover
The cover is beautiful and perfect with its soft ripe peach and grays. It’s Dora standing by her bicycle on a cobblestoned bridge overlooking Big Ben. It’s an intelligent mind soaring with freedom in a city that offers both the good and bad of that freedom.

I’m not sure who the title applies to… It could be Dora as she floats through life, unattached, The Lodger who is passing through, observing us all. 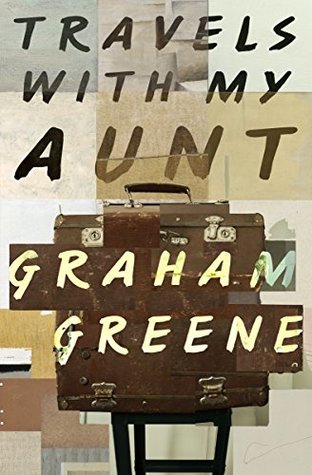 2 responses to “Book Review: The Lodger by Louisa Treger”