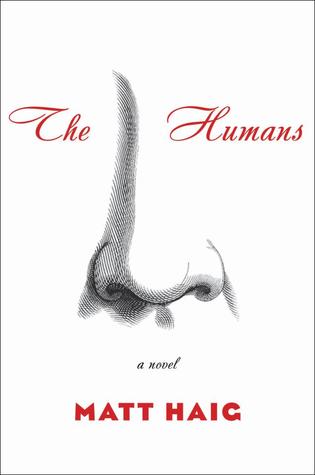 The Humans is a funny, compulsively readable novel about alien abduction, mathematics, and that most interesting subject of all: ourselves. Combine Douglas Adams’s irreverent take on life, the universe, and everything with a genuinely moving love story, and you have some idea of the humor, originality, and poignancy of Matt Haig’s latest novel.

Our hero, Professor Andrew Martin, is dead before the book even begins. As it turns out, though, he wasn’t a very nice man--as the alien imposter who now occupies his body discovers. Sent to Earth to destroy evidence that Andrew had solved a major mathematical problem, the alien soon finds himself learning more about the professor, his family, and “the humans” than he ever expected. When he begins to fall for his own wife and son--who have no idea he’s not the real Andrew--the alien must choose between completing his mission and returning home or finding a new home right here on Earth.

Literature that explores the meaning of life, why humans are important, and why love is the most important of all. Based in Cambridge, England.

The Humans was nominated for a 2014 Edgar Award for Best Novel.

My Take
…and uses aliens to make the point. It’s philosophical, math-oriented, and a little bit crazy as Haig forces us to look at ourselves through the eyes of an alien being. One who is appalled at humanity and how technologically primitive we are. Yet, the more he thinks of the cloud, the more he learns about humanity, the more he will thirst for the raindrop. It’s a journey and an exploration for this being as he learns how inaccurate and lacking his hosts and his life is in their world.

He learns what makes us human, what makes a human life worth living by, ahem, reading Cosmopolitan. To be fair, he does absorb what is happening around him as well and incorporates those experiences in along with Cosmo‘s advice. And he does it in a way that will make you think and want to revamp your own life.

I was impressed that Haig was able to stretch this out as well as he does. His words are soft and smooth, he questions. In some ways, I wanted Haig to get on with it. In other ways, I wanted him to go on forever.

“Martin” is so cute, so clueless as he tries to understand Earth culture, its weather, its expectations. Clothing is not one of those cultural aspects that he understands at first, but it is one he quickly learns to accept. Food is another matter. What changes his own beliefs are people. Everyday, ordinary people. His “wife”. Poetry. Music.

I do have to wonder why the professor had to die. With all the mind control these aliens have, why couldn’t they simply wipe his mind?

I did enjoy Haig’s description of how advanced the alien’s world(s?) are. “Martin’s” comparisons of what our world looks like with that of his own. The visual differences, the technological ones. His approach to food. I also enjoyed how “Martin” succumbed to our world. The “insights” and emotions he discovers which his hosts see as infection. I do wonder just how wondrous his world is when he’s so terrified of “sulfuric acid” rain?

I want it. Those technological advances in cars and computers. Hmmm, does that make me one of those violent, illogical humans? I do know I don’t want to be able to read a book as quickly as I swallow a pill. What fun is that?

“Imagine! Being not only mortal but also forced to take some of that precious and limited time and read.”

It is rather astonishing that an immortal race would find having to take a whole twenty minutes to read a book a waste of time.

There are truths that Haig hauls out into the light. That we are a planet of tests and more tests. Tests that only stress us out. That sanity involves all the right things. How true is that! Our obsession with the conditional.

“…inventions of things which they had no idea how to handle (the atomic bomb, the Internet, the semicolon [bold is mine, *grin*], the victimization of clever people, the worshipping of idiotic people … some truly awful food.”

There are so many instances of how horrible people are, but bright spots come through for “Martin”. Unexpected gleams of goodness, of emotion. A real contrast to his own world with no passion, no emotion, merely logic. It’s a purity of perfection that begins to crack at Tabitha’s reaction to Daniel’s collapse.

It’s too funny that this “Martin” is so different from the real one, and “Martin” is totally clueless as to how he should be to appear to be that real one. There are so many instances where “Martin” is lost, and never more so than when he encounters Maggie again. And the beans he spills. Oh, boy. Just goes to show how complicated a culture can be. It’s sad, too, that Gulliver prefers this “Martin” to his father. That “Martin” is more of a human father and husband than his real one was.

It is a rich life as “Martin” knows it. He understands Newton. He can heal anything. Or unheal. He knows things about people without having to speak to them.

The math joke made me think. I suppose math people would find it funny, and I am so not that person. I’m what you’d call math-challenged. But I do like a T-shirt that makes me laugh and think at the same time.

There’s a lot in here about love and how it makes the world go round. It’s what makes pain meaningful, a way to live forever, helps you want to survive,

I am confused about this one line: “Between the ages of two and four you weren’t back for a single bath or bedtime story.” Was that Martin’s childhood or Gulliver’s?

Okay, okay, I’m petty, and I love The Flea virus “Martin” sent out.

Ya know…teachers have much to answer for. We (me!) whine on about parents who have these expectations of their children. That they don’t accept that each child is different when teachers do the same thing. Because someone has a famous [read “smart”] parent, they expect the same of the child. Hullo!?! WHO do you think you are!?? Have you any idea of the pressure you are putting on that child?? Stop. Now. Give the child room to develop as her- or himself. Just because a child has a combination of genes from two people does not mean they are not their own individual person. Just. Stop. Now.

How sad is this?
“Only 0.3 percent of humans were actively doing something they liked doing, and even when they did so, they felt an intense guilt about it and were fervently promising themselves they’d be back doing something horrendously unpleasant very shortly.”

You know, I had wondered why “Martin” would do that to his hand. Going back through my notes, I learned why. Jesus.

Do read the advice “Martin” writes out for Gulliver. It ranges from the truly practical to the awesome to the awed to the alien:human to the future possibilities. A very, very few of my favorites are:

Yeah, we’re not perfect, but dang, we do know how to appreciate and live life.

The Story
It’s the last piece of a significant mathematical puzzle, and if humanity learns what Dr. Martin has discovered, the universe will be destroyed.

Unless his discovery can be quashed first. It means death. A small thing in the grand scheme. A small thing that “Andrew Martin” comes to realize is not so small after all.

The Characters
“Andrew Martin” is an alien from Vonnadoria who only looks like Andrew Martin, although he shares his love for mathematics, especially prime numbers.

Professor Andrew Martin is a mathematician who has spent a chunk of his life working on the Riemann hypothesis. It’s all that is important to him. More important than friendship, his wife, his son. Isobel is his unhappy wife, an historian who gave it up when they had Gulliver, their fifteen-year-old son who is so miserably unhappy. Newton is their arthritic, blind English springer spaniel. Angus was Isobel’s brother who committed suicide.

Professor Arirumandhi “Ari” Arasaratham, a physicist, is Martin’s only friend. Winston Churchill is the bum on the park bench. Priti is one of the doctors at the nuthouse; Zoe is a patient who speaks to “Martin”. Daniel Russell is a professor of Mathematics at Cambridge University. Tabitha is Russell’s wife. Margaret “Maggie” Lowell is the student with whom Martin was having an affair. Theo “The Fucking Business” Clarke is a bully. The Perse is the boarding school Gulliver got thrown out of. Nat is a girl calling the house. Christos is the head of “Martin’s” department in California.

The hosts seem to be the governing council for that part of the universe that the alien comes from. Jonathan Roper is “Martin’s” replacement.

The Cover and Title
The cover is part of “Andrew’s” issue with humans, that big ugly nose. In this case, it’s a well-done line drawing that hints at a nose, black on white with red for the title and author’s name. A bit surreal in the title taking the place of the nose’s eyes and the author’s name in place of lips.

The title is what the story is all about, The Humans who are too primitive and violent for words. 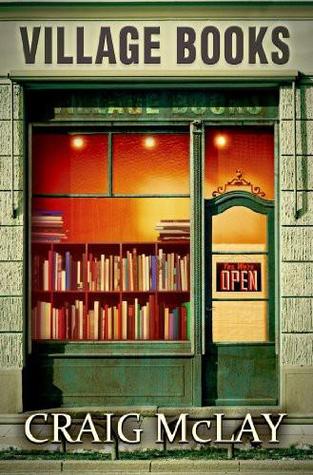 Audiobook review of War of the Roses
Book Review: The Good Lord Bird by James McBride

3 responses to “Book Review: The Humans by Matt Haig”