First in The Horse Boy nonfictional autobiography series that revolves around the autistic Rowan Isaacson and the adventure that took him and his family to the outback of Mongolia.

God, the patience Rupert and Kristin had with Rowan. The dreams that were dashed, of having a life of adventure with their son. Of being able to communicate.

And yet. They turned Rowan’s diagnosis of autism around by being open to the possibilities. By being open to their son and loving him so very much. It certainly helped that Rupert had been an avid horseman (and became the founder of The Horse Boy Foundation, which helps to make horses and nature available to other children, autistic or not).

Using first person point-of-view from Rupert’s perspective, The Horse Boy is an easy read that pulled me in. It’s not only a trip for the Isaacsons but for us as well as we learn what it’s like to live with an autistic child. It’s both heartbreaking and heartwarming as Rupert notes those small victories only to face regressions over and over.

Their trip via “pimpmobile” and on horseback brings us up close and personal with Mongolian culture, the gorgeous countryside, and the people. Talk about accepting. And I do mean accepting as Rowan hasn’t any filters, and yet the people are so welcoming.

I don’t know about you, but I’ve had the same reactions as some of the other people in the story, condemning those parents who don’t control their children in public. For the most part, it’s a righteous condemnation (IMO *grin*), but for parents dealing with children who have issues like autism, I can only applaud their patience and their willingness to be embarrassed in public, helping their child experience being in public.

“Self-compassion allows you to look clearly at yourself, forgive yourself, and then make the necessary changes to achieve mental equilibrium.”

Obviously, I enjoyed the book since I gave it a “5”, and I’d love to see the documentary that was made of their trip, if only to bring the story to life even more.

Rupert and Kristin are desperate for help for their beloved son, caught in a hell of autism.

Unable to communicate with Rowan, it was a horse ride with his son that inspired Rupert into wondering if therapy that involved shamans and horses could help.

Rowan Besa Isaacson, a.k.a., “Scubs”, is a five-year-old boy with autism. Rupert (a leopiard is his totem) and Kristin Isaacson are his parents. Rupert is a travel writer with an interest in riding semiprofessionally; she’s a psychologist and a Buddhist. Rupert also has a connection by marriage with the Bushmen of the Kalahari. Rupert’s mother is an artist; his father an architect. Daisy and Howard are their pygmy goats. “Uncle” Jeremy is a family friend who comes along on the trip to help. Clue is a horse they buy after the trip.

Michel Scott is a filmmaker. Justin is a friend of Michel’s who comes along to help.

Ulaanbaatar (UB), Mongolia is…
…the capital of the country. Tulga is a tour operator specializing in unusual back-of-beyond trips. Bodo, his nephew, is his assistant. Tomoo is Tulga’s six-year-old son who becomes Rowan’s first friend. Naara is Tulga’s wife. Haada will be their driver. Blackie is one of the horses.

Mr Sukhbat is the chairman of the Shamans’ Association of Mongolia. The shamans who help include a Buryat from the far north and Gildma, who is also Buryat. Ghoste of the reindeer people is the last shaman in this story.

Betsy is the bay quarter horse of Stafford O’Neal‘s, a neighbor, who allows Rupert and Rowan to ride her whenever they can. His other horses include Benally, Batman, Taz, and Chango. Terry looks after Stafford’s place and has a bird dog named Bo. Katherine is another neighbor with an autistic child of her own who set up a school at Greenbriar. Camilo also works there.

Besa is a Bushman healer to whom Rupert is close. Dr Simon Baron-Cohen is the UK’s leading autism researcher. Charles Siddle is an animal healer in England. Cait is a South African translator. Antas was a healer in Africa. Mandaza is a healer from Zimbabwe, Christo is a Carib Indian healer from Trinidad, and Flore de Mayo is a Guatemalan Mayan healer. Dr Temple Grandin is an autistic professor of animal sciences at Colorado State University.

England
Billie is a horse trainer who lives near Rupert’s family in Leicestershire. Dottie is a quiet gray mare. Whipsnade Wild Animal Park is a zoo where Asha and Lee Lee live.

Buster is an imaginary friend. Gavin is the stepson of a friend. More friends (after the trip) include Adelina, Honor, Ariella, Annie, and Bessie.

The background of the cover is a photograph of the plains with a close-up of Rowan standing on the saddle with his father’s arm around him. The horse is involved as well with head up and mouth open. Most of that background is a summer blue sky with the title in white in the top third. The subtitle is in black and beneath the title to the left. The author’s name is in white at the bottom.

The title is literally about Rowan, The Horse Boy who came to a more rounded life. 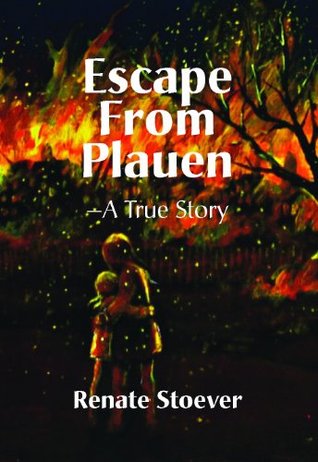 4 responses to “Book Review: The Horse Boy by Rupert Isaacson”