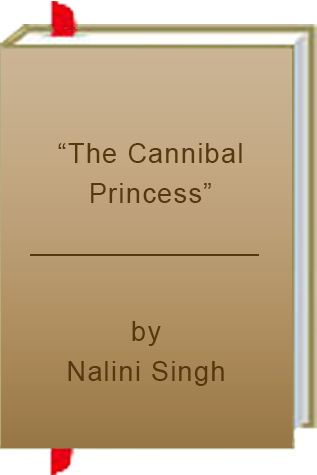 A free short story, 1.1, in the Psy-Changeling series and revolving around Sascha and Lucas Hunter of DarkRiver outside San Francisco. If you’re interested, there is a chronological listing of the Psy-Changeling books on my website.

I loved Singh’s explanation for “The Cannibal Princess”, and it’s definitely a great example for writers, with this productive way to flesh out your characters AND have a short story to entice readers. It was a short story that caused me to search out more of the Psy-Changeling series in the first place!

This particular story is a peek in at life with Sascha and Lucas now that they’re mated, with Singh using third person protagonist point-of-view from Sascha’s perspective. It also demonstrates how much of life Sascha missed growing up as a Psy, even as we enjoy spending time with those two cute cubs!

Cubs with typical “boy” reactions to princesses and wolves, lol. And that “naughty” Lucas poking at the SnowDancer pack *more laughter*

I also appreciated how Singh incorporated Sascha’s own childhood “story” that gives us insight into some of the horror of Psy life. And Lucas, Sascha…Julius and Roman…all four appreciated the time they spent with each other.

It’s a scary fairy tale with a little bit Snow White and a little bit Hansel and Gretel, perfectly terrifying for two little boys and an unsuspecting Psy.

Sascha, darling, is an escaped Cardinal Psy who met and mated Lucas Hunter, a panther shifter and the alpha of DarkRiver in Slave to Sensation, 1.

DarkRiver is…
…a pack of cat shifters based outside of San Francisco. Tamsyn Ryder is the pack healer mated to Nate, a Sentinel in the pack. Julian and Roman are their precocious twin cubs who turn into leopards.

4 Responses to “Book Review: “The Cannibal Princess” by Nalini Singh”