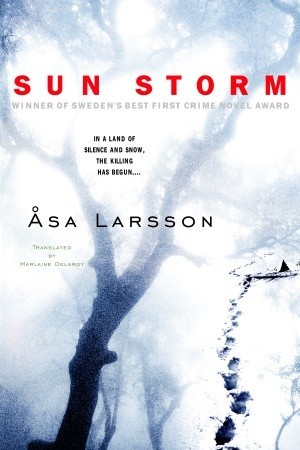 On the floor of a church in northern Sweden, the body of a man lies mutilated and defiled–and in the night sky, the aurora borealis dances as the snow begins to fall... So begins Åsa Larsson’s spellbinding thriller, winner of Sweden’s Best First Crime Novel Award and an international literary sensation.Rebecka Martinsson is heading home to Kiruna, the town she’d left in disgrace years before. A Stockholm attorney, Rebecka has a good reason to return: her friend Sanna, whose brother has been horrifically murdered in the revivalist church his charisma helped create. Beautiful and fragile, Sanna needs someone like Rebecka to remove the shadow of guilt that is engulfing her, to forestall an ambitious prosecutor and a dogged policewoman. But to help her friend, and to find the real killer of a man she once adored and is now not sure she ever knew, Rebecka must relive the darkness she left behind in Kiruna, delve into a sordid conspiracy of deceit, and confront a killer whose motives are dark, wrenching, and impossible to guess...

Also by this author: The Second Deadly Sin, Until Thy Wrath Be Past

First in the Rebecka Martinsson mystery series and revolving around a Stockholm lawyer in a personal crisis.

My Take
It starts out very spookily as we read of the victim calmly embracing his death, and Larsson builds the tension with hints of past troubles, of religious issues, and parental abuse.

There’s a past here, a history that Rebecka has with the church. I’ll admit to a prejudice against organized religion, so that colors what I think. The Catholic priests who abuse children and others, the preachers who abuse the trust of their congregation, and it’s here in this story as well. The so-called Christianity that flies out the window as soon as desire rises up. Whether that desire is for power, money, lust, or fear.

I’ve also got a built-in prejudice against von Post since I first encountered Larsson in her fifth book in this series, The Second Deadly Sin. He is the most incredibly disgusting jerk, and it’s too much fun to read how disrespected he is, lol.

Jeez, Måns is something of a jerk. Pulling her client out from under Rebecka. I’m not impressed with Sanna either. She wants so badly to keep her daughters and yet hasn’t a clue or doesn’t care enough to take care of them. She’s such a weaselly immature, self-obsessed wimp! And she plays Rebecka like a virtuoso. I hate her passive-aggressive attacks on Rebecka. I just wanna smack her around. Then there are Sanna’s parents. What a piece of work that father is! And there’s some history they have against Rebecka too.

Does this sound familiar?

Sivving is an interesting character. He’s warm and yet odd about how he lives in his house, an across-the-road neighbor to the older Martinssons. He has some lovely stories about her grandparents. About her grandfather Albert and his courtship of Theresia, how she won Albert’s father’s (Eric’s) heart.

The one problem I have with this story is Måns’ interest in Rebecka. Larsson never makes this believable. In ANY way. As for Rebecka’s acceptance…*eye roll*…gotta be that Scandinavian negativity. I dunno.

I love Larsson’s style. It’s warm, cozy, and full of personalities. When you add in what we learn about Swedish culture and how different the police operate in Sweden, it simply becomes more fascinating, and Larsson keeps things much too interesting.

The Story
Having found her dead brother, Sanna Strandgård is terrified and begs Rebecka to come home, to represent her. To protect her children from her parents.

It was Viktor’s death and revival that resurrected the churches around Kiruna, that revived the faith of the people. It was the church’s success that doomed the pastors’ families.

It had been Rebecka’s love for God that sent her down the path to ruin.

The Characters
Rebecka Martinsson is a lawyer who specializes in tax law, working for Meijer & Ditzinger. She’s inherited a share in her grandmother’s house in Kurravaara, fifteen kilometers outside Kiruna. Uncle Affe and Inga-Lill hold the other share. Eric “Sivving” Fjällborg is her retired neighbor; Bella is his pointer bitch. Lena and Mats are his children; his wife, Maj-Lis died a few years ago. Mary Kuoppa keeps him in buns.

Meijer & Ditzinger, the law firm
Måns Wenngren is Rebecka’s boss, a lawyer, and a partner with the law firm. He’s also divorced with two sons, Johanne and Calle, and drinks too much. Madelene is his now ex-wife. Maria Taube is a fellow tax lawyer and friend. Sonia Berg is one of the secretaries.

Law enforcement in Kiruna
Inspector Anna-Maria Mella is usually team leader — when she’s not being heavily pregnant; Inspector Sven-Erik Stålnacke is her partner and is supposed to be taking over during her leave. He also has a cat, Manne. Sergeant Tommy Rantakyrö and Inspector Fred Olsson are part of her team. Sonja works the switchboard.

Simon Larsson is a crime scene photographer. The senior medical examiner is Lars Pohjanen; Anna Granlund is the autopsy technician.

Robert is Anna-Maria’s husband and their children include Petter and Marcus.

Viktor Strandgård, a.k.a., the Paradise Boy, is a well-known religious leader in Kiruna, mostly because he died and came back with a full report on life after death. His experience united three separate churches into one: The Source of All Our Strength. Sanna Strandgård is his sister. Sara and Lova are her daughters. Virku is their dog. Ronny Björnström is Sara’s father; Sammy Andersson is Lova’s. The Strandgård siblings’ father, Olof, is abusive and a local politician with sway. Kristina is the cowed wife.

The church, The Source of All Our Strength
There are three pastors of the church: Thomas Söderberg was a pastor with the Mission Church; Gunnar Isaksson; and, Vesa Larsson, a former artist. Below them are five elders including Frans Zachrisson and Alf Hedman. Curt Bäckström is a hanger-on at the church and one of Sanna’s admirers. Patrik Mattsson knows something. Ann-Gull Kyrö is the pastors’ secretary.

Thomas is married to Maja; Magdalena is her sister. They have two daughters: Rakel and Anna.

Gunnar is married to Karin, and they have a daughter, Anna, and a son, Andreas. Astrid is Vesa’s wife. Baloo is her undisciplined dog.

Victory Print is the publishing company printing the books, pamphlets, and videotapes the Church sells.

It was in Margareta Fransson‘s Religious Studies class that Nina Eriksson spoke up. It resulted in Viktor, Sanna, and Rebecka being part of the eleven at the Mission bible camp.

The media
Anders Grape is with Radio Sweden. Lena Westerberg is with TV3.

The Cover
The cover is bright with snow and bare trees caught up in the haze. Somehow, splotches of footprints trail off into the distance through the sky.

I have no idea about the title, Sun Storm, unless it’s, possibly, a reference to Jesus as the Son of God and a storm is raging over this church. 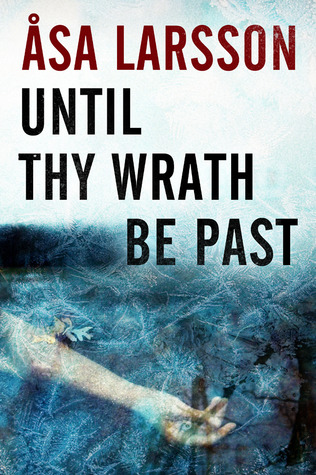