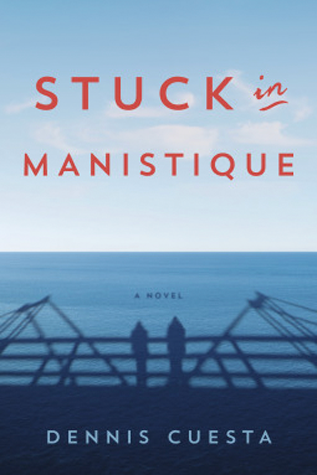 
A standalone comedic romance novel about a man who inherits his aunt’s estate in 2014 in upper Michigan and must remember his past.

This eARC was sent to me by NetGalley and Celestial Eyes Press for an honest review.

And, they’re gonna get one. My first pet peeve is the primary character doesn’t even have a last name. WTF? I don’t get that. You can provide a protagonist with a first name, how hard is it to come up with a last name? Open a phone book. Call him Smith, Jones, Farmer, Black, Jaspevtinquawtew. Just give him a frickin’ last name!

That whine over, it’s a group of characters trying to find themselves, into self-reflection and discovery, especially our two protagonists in something of a classy Keystone Kops routine with unwanted guests dropping in, being dramatic, and having their own conflicts. Mark is running about not wanting guests, but also not wanting to tell them the truth about the B&B. Which I really don’t understand. As for Vivian, she’s a poignant mystery.

There are a number of conflicts in this: Mark’s is inheriting his aunt’s estate when they hadn’t spoken since he was eight and now pretending his aunt is alive — I can’t see any good reason to not tell people she’s dead(!!), and Emily knows she needs to stop seeing John and is traumatized about losing a young patient. Secondary characters have their interesting conflicts: Peter and his need to conquer while Yvonne has “something” going on(?); George, poor George is such a sweetheart with his very own nerve wracking mystery; and, some interesting, entwining, and revealing conflicts that relate to Aunt Vivian’s time in Sarajevo. A nice bit of mystery.

A few too many awkward info dumps and way too much tell; I so did not feel that romance. I kinda wonder if it even was a romance… I certainly can’t get excited about Emily, at least in terms of her not caring about how she’s disrupting her lover’s marriage. And why doesn’t she tell Mark about George’s issues? It’d be a heck of a lot safer for George! Of course, Emily does have a thing for lying…

Speaking of Emily, I do wish Cuesta had played up the drama between Bulcher, who is too much of a stereotype and doesn’t even get it(!), and Emily.

I like that Mark has scruples, even if he is rather wishy-washy. Probably a good thing in a CFP, lol. Part of me was amused by his meekness, and the other part of me wanted to give him a good kick.

My favorite part was the radio show “Knitting Time” with a couple of old ladies, Doris and Evelyn, who carry on as though they’re alone. Of course, Mark, having no clue about what his aunt is doing in Manistique, is pretty funny, as he juggles dealing with all these people and their expectations. Bear Foot has some interesting scenes as well *grin*

I really appreciated the italics to help indicate when the characters were reading the book.

There are so many weird issues combined with the immature writing, that it makes me nuts. I mean, why would being involved with Bulcher have caused that death? Lord knows, Emily whines on about this so much, why didn’t Cuesta slip a few of Emily’s reasons for this in? What’s with Emily’s insta-jealousy and both her and Mark’s assumption that going to dinner with Laura was a date? Then there’s Emily’s overly fierce reaction to Mark being concerned about her.

At any rate, the use of third person global subjective point-of-view means that we have a ringside seat to this comedic romance.

As for the ending. I suspect Cuesta wants to create a series, ’cause there really wasn’t one. I guess the issue was that “Trespassers Will Be Violated”!

It’s supposed to be a romantic weekend, just the two of them. And there’s so much to look forward to when Emily starts her residency at the prestigious Lincoln Presbyterian in Chicago, not least is being able to cut some ties. It’s just her and the open road ahead…until, bam!

With no room at the inn, Emily turns to the only other option, the Manistique Victorian B&B and its reluctant manager, Mark. A man flustered by the revelations zipping his way and too confused to stop what’s heading for him.

Mark, a personal financial planner, has a deep fear of bridges, who lives in Chicago. His mother, Margaret, had been a psychiatrist; his father had been a doctor as well. His aunt Vivian Peregrine, a Chippewa who ended up being adopted, but Margaret considered her, her sister, was a humanitarian aid doctor in worn-torn countries. Bear Foot Hemenway had been Vivian’s handyman for some time.

Dr Emily Davis has a couple more years in her residency as a DO, osteopathic medicine. Kyle is the brother who died, and her parents have retreated from life. Her father had been a structural engineer and bridge inspector. Lynnie is her favorite aunt. Lauren, a third-year resident at a nearby hospital, is her about-to-be-former roommate.

Dr John Bulcher, an attending and teaching pediatric surgeon and Emily’s mentor, is married to Lisa. They have two sons, Joey and Cory. Dr Greg Olsen is an unconfident resident.

Manistique, Michigan, is…
…where Vivian’s house is located. Ron is a real estate agent; his cousin, Mikey, is a bartender. Barbara is a real stickler about the rules for renting cars. Her cousin, Maryilou, manages the Cozy Inn with Big Joe’s next door. C. Bryst and Marv are state troopers. There’s another Officer Bryst, a brother, who works with Manistique Public Safety. Diner 37 has great pie, but do not eat the fish. Ace’s does a tasty pizza. Cal installs windows and is turkey hunting. Dr Jim “Jimbo” Currant works at the local hospital. Mike is the coroner. Conrad is the young idiot who got hurt. Arnold runs the other gas station.

George is retired and escaping from his wife, Trudy, and the tour bus where Trina is the tour director. He’s quite familiar with Fawlty Towers too. Laura is his niece in Chicago. Peter Hinton with his dream goal and the overly sexy Yvonne who turn out to be more guests. Then there’s Ellen Terrence who’s caught between a rock and a hard place, lol, and saddled with a lighthouse to boot.

Harold and Gail give Emily a lift.

Petoskey, Michigan, is…
…where Frank Walters, Vivian’s attorney, has his office. The Tell-Tale is a bar in the Gaslight District.

Laura is Mark’s girlfriend who laid down the ultimatum; Shane is her ten-year-old son. Brad and Steve are friends of Mark’s, and Annie is Brad’s sister whom he adores. Woodland Hills Funeral Home will handle Aunt Vivian’s burial. Mrs Schubert had been Emily’s very strict second-grade teacher. Nicholas is the boy who was lost. Dr Kevin Sykes got too caught up in partying in Africa; his sister Cynthia wrote his story. Ted “Buff” had been Emily’s boyfriend in med school. Lora had been a serious girlfriend for Mark in college, then Lorelei, then Nora, then…

Bosnia, 1992, is…
…where Vivian had been stationed. Marie had been Vivian’s contact at the MSF office in Belgium. Ratko is her driver in Sarajevo. Rijad is another local. Vivian worked with Dr Divjak. Claude and Eva are journalists. Phil. Sonja is a nine-year-old orphan while Emela is two.

A UP-er (Yoouper), is someone who lives in the Upper Peninsula in Michigan.

I do love the cover. The simple background of Indian Lake where the horizon meets the sky with those gorgeous blues and the shadows in a much darker blue of two people standing at the railings looking over that peaceful view. The title is in the upper third in red while the author’s name uses the color of the sky and is set at the bottom in the shadows. You can almost see “A NOVEL” in the lake.

The title is both reality and metaphysical, for Mark is Stuck in Manistique, for good or ill.

4 responses to “Book Review: Stuck in Manistique by Dennis Cuesta”