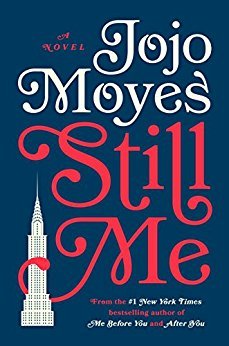 
Third in the Me Before You literature series and revolving around Louisa Clark, looking for new experiences in New York City.

In 2018, Still Me won the Goodreads Choice Award for Fiction.

It’s an emotional drama of finding yourself, the person you were meant to be. And the trials and tribulations Louisa goes through to get there…whew…all related in first person protagonist point-of-view.

The trimmings along Louisa’s journey include a depressed wife with a major secret who is battered on most fronts by the ex-wife whose friends do their best to tear away at Agnes. There’s also Sam an ocean away, and the temptation of Josh, who keeps showing up at all the wrong times. There are positives as well, including the vintage clothing shop Louisa discovers, that unexpected side to Mrs De Witt, and the library that needs saving.

Poor Agnes. She does have her issues. No filter on that mouth of hers. Miserable in her social life. And that secret of hers is killing her. I experienced such a range of emotions with that woman, wanting to believe her. Ashok and his wife I adored. They bring a humanity to the building, unlike the residents at the Lavery who are either at war or studiously neutral.

The evolution of Josh’s and Sam’s romances will send you up in alt and down in despair as the truth seeps through…that Louisa is such a quirky sweetheart who learns so much about herself. And her natural kindness earns her a number of friends who make it all worthwhile.

The ending? It’s An Affair to Remember.

Louisa is following Will’s advice, stepping out to new experiences, confident that she can embrace this new adventure and keep her relationship with Ambulance Sam alive across several thousand miles.

Lou is determined to get the most out of the experience and throws herself into her new job and this New York life of the superrich, working for Leonard Gopnik and his much younger second wife, Agnes.

Before long, Lou finds herself engulfed in the drama of high society, thrilled by the treasure-filled vintage clothing store where she actually feels at home, and captivated by a man who brings with him a whisper of her past.

And when matters come to a head, she has to ask herself: Who is Louisa Clark? And how do you find the courage to follow your heart — wherever that may lead?

New York City
Louisa Clark, a.k.a., BusyBee@gmail.com, has accepted a job as a personal assistant in New York. Nathan had been Will’s physiotherapist, and he helps Louisa get the job with…

…the Gopniks, who are…
…filthy rich and live at the Lavery, the kind of place where apartments are handed down for generations. Agnes, from Kraków, Poland, is the depressed wife for whom Louisa was hired as an assistant. Leonard is the husband. Felix the cat has his own social diary. Zofia is the daughter Agnes left behind in Poland. Tabitha “Tab” is Leonard’s very rude daughter. Kathryn is the cold ex. Diane is Leonard’s assistant at the office. Ilaria is the mean housekeeper-cook. Michael is Mr Gopnik’s assistant. George is Mrs Gopnik’s trainer. Garry is the discreet driver.

Joshua William Ryan the Third is Will Traynor come back to life. He works for a securities firm, specializing in corporate equity and debt. His aunt Nancy dragged him to the event. His cousin Tim is gay. Debbie is Josh’s sister-in-law. Some of the people Josh is working to impress include Maya, Chrissy Dumont who is married to Jeffrey in Sales and Marketing, Mitchell, Mallory, Charmaine Trent who used to be in Legal, Scott Mackey who is an accounts manager, and Felicity Lieberman, an ex-girlfriend.

The snarky Margot De Witt is another pistol, lives at the Lavery, and is a retired fashion editor. Dean Martin is her bad-tempered dog. Frank Weber, Jr, is a dentist living in Tuckahoe and married to Laynie. They have two sons, one of whom is Vincent.

Ashok is the day doorman. His wife, Meena, is a pistol, and they have three children. Mr Ovitz manages the building.

The Vintage Clothes Emporium is run by two sisters, Lydia and Angelica, who had inherited the store from their parents. Terri works in a dress shop. Mr Peterson is also attending the Neil and Florence Strager Charitable Foundation Dinner. André is a masseuse. Steven Lipkott is an artist. Magda is a professional dogwalker. Agnes’ friends from before she married Leonard include Paula. Charlie owns a hotel in Long Island.

“Ambulance” Sam Fielding is a paramedic in England who lives in a railway carriage while he’s building his house. Donna is his partner. Sam’s sister, Ellen, had died of cancer two years ago. Jake is Sam’s nephew. Katie is the next partner, er, girlfriend, er… Dave is the next partner.

Lily Houghton-Miller is the daughter Will didn’t know he’d had. Camilla Traynor “Granny” is/was Will’s mother, divorced from Stephen “Grandpa” who has married Della with whom he has a new daughter. Lily’s mother, Tanya Houghton-Miller, screwed up and is now “living a life of hysterical misery … with the twins”.

Will Traynor, a quadriplegic, had been Louise’s love in Me Before You, 1. Nigel had been the friend who hooked Will up in New York. Henry Farnsworth appears to have been a friend of the Traynors…with a daughter. Will dated Alicia Deware.

The cover has a deep blue background with a note that this is a novel. It, the title, and parts of the info blurb at the bottom are in a red script (the other parts are in white). The author’s name is at the top in white. A leg of the M in the title curls around a white silhouette of the Empire State Building in the lower left corner.

The title is what Louisa learns to be, Still Me. 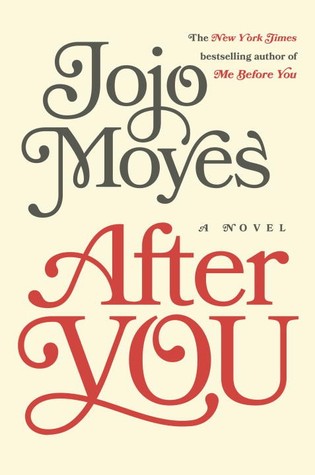 Book Review: After You by JoJo Moyes 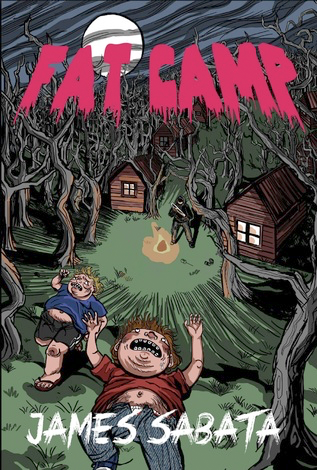 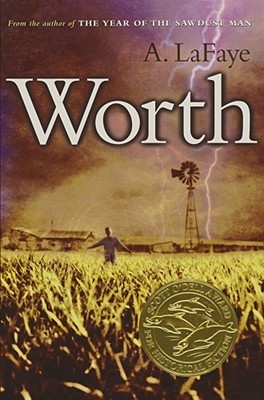 Book Review: Worth by A. LaFaye

4 responses to “Book Review: Still Me by Jojo Moyes”