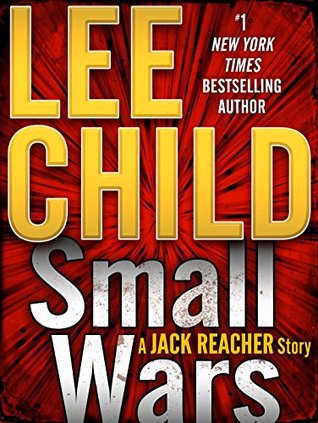 Also by this author: "High Heat", Personal, Make Me, Night School, MatchUp, The Midnight Line, Past Tense, No Middle Name, The Hero, Blue Moon, "Cleaning the Gold", The Sentinel

This short story is 0.8 in the prequel chronology and 19.5 publication-wise in the Reacher thriller series revolving around Jack Reacher, a very perceptive military policeman. The story takes place between Forts Benning and Smith.

Yep, sure is nice to have family money. And Crawford is ambitious, as you’ll discover a few pages in.

It cracked me up how much arguing went on and all the “fine” points examined over whose jurisdiction the shooting fell in. More laughter ensued when I read that Neagley is in charge of security for special forces command. I dunno, I can’t imagine special forces needs a lot of mollycoddling, that they can protect themselves pretty well. Must’ve been a pretty cushy posting, lol.

Oh, lord, it’s just one of the many things I adore about Jack Reacher:

“‘Were you out sick the day they taught thinking?’

‘Not yet,’ Reacher said. ‘You’ll notice the difference.'”

There is some useful information for would-be assassins in here.

“He wanted expert bureaucrats, but he didn’t want them to be in love with bureaucracy.”

There’s a fun bit in here with Frances taking out a snarky lookie-loo of a local deputy.

The sad part is how quickly the state police latched onto an easy suspect. And how little they paid attention to justice.

It’s an assassination. One that gets passed up the line until a scapegoat is found.

Jack Reacher, an MP, is an emergency fill-in. Sergeant Frances Neagley is transferred in to help shape things up.

Fort Benning, Georgia, is…
…where Reacher is temporarily based. The sergeant in the MP office is out of shape in so many ways. Major David Noble, an MP, was newly placed in charge of criminal investigations throughout the southeastern military districts. Until, that is.

The suspect is a too-tall, weird-looking black guy who fits the specs.

Colonel Joe Reacher is Jack’s older brother and has just been given a new counterintelligence command.

The title is the concerned focus, “Small Wars” that could be compromised.