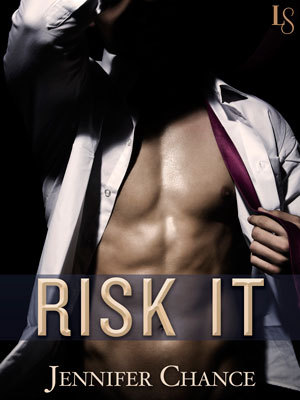 As dominating in business as he is in bed, Rand Sterling Winston, IV, always gets what he wants. And even before he realizes that she’s scammed him into paying triple the cost for her friend’s painting, he wants Dani Michaels. To catch her alone, Rand demands she personally deliver his purchase. The attraction between them is immediate and electric, and he knows she feels it, too. So when the part-time petty thief rebuffs his advances, he gives her a choice: a night in jail or an evening with him.

Despite her checkered past, Dani has never met someone like Rand: brooding, intense, and oh-so tempting. Only a man with a broken soul could make losing control feel this dangerous. Still, when Rand proposes a no-strings, no-holds-barred affair, Dani’s more than a little intrigued. It’ll be the trickiest con she's ever run and a chance to indulge her steamiest fantasies—nothing more. But as their encounters grow increasingly intimate, Dani uncovers a vulnerable side to Rand’s steely exterior . . . and opens her heart to the ultimate risk.

Also by this author: Want It

This ARC was sent to me by NetGalley and Random House-Loveswept for an honest review.

Risk It picks up with the art opening at the Palm D’Or gallery when Dani manipulates Rule into buying one of Erin’s paintings for a lot more than it’s being sold for. It threw me, as being a “con artist” was not the impression I had gotten of Dani when I read Want It, 3. It’s that contradiction that sent me reading even faster, as I had to know which was which even as I reveled in the clever psychological con Dani pulls on R4.

Seems though that she is blinded by her own prejudices when it comes to R4, and I loved Rand’s manipulation right back, and that TENSE meeting in his office. Woooh. It’s a great twist Chance has put on these two. Dani is a con artist and thief who likes to “save time”, while Rand is bored and very interested in a thief who will provide him with some interest. He wants to break her.

“He lifted his brows. ‘Did I just experience sexual harassment?’

Dani’s smile flashed a little more broadly now. ‘I do apologize, sir. I was just so swept away.'”

It’s a game of power as the balance switches back and forth, tightening the sexual tension between two people each more interested in gaining the upper hand.

A touch of Indecent Proposal with a blend of Pretty Woman started a short descent into tropism that made me uncomfortable, but Chance managed a twist on this as well, and very much in keeping with Dani’s need to win and be in control. It’s that control that helps her come back after Catherine’s nasty little barbs.

Yet another twist when the burglary Dani is supposed to pull off goes, um, astray, lol. I’ll bet no burglar has ever experienced so much sexual frisson as she did that night.

That secondary conflict involving Jimmy was enough to keep me tense besides Dani and Rand’s dramas, and what a relief to finally find out what traumas were afflicting him.

It will be an interesting journey into different experiences for both Dani and Rand. And we’ll enjoy the ride along with them.

It may be a con, but it sets Erin’s career on the fast track, and allows Dani to put one over on a fraud. Only, it seems that Rand had his own reasons for “extending the dance”.

The tattooed Dani Michaels is Erin’s housemate as well as her friend. Jimmy is her foster brother, always in trouble. Lou will give him a job as a barback. A second job. Katie is his wife and they have a new baby, Nell. Erin Connelly has hooked up with her Army Ranger, Zander, from Want It.

R4 is what Anna Richardson calls him, employee shorthand for Rand Sterling Winston IV, a tycoon, playboy, and more. He’s also the new head of Winston Securities to his father’s dismay. Helen Pearson is his executive assistant. Ice Barbie is Catherine, his sister, the younger William‘s twin. His brother is campaigning to be a Massachusetts congressman. They’ve all been trained to hate each other and are united only in their hatred of their father, Rand Sterling Winston III.

Club Noir is…
…Lou‘s bar where Dani works as a bartender. Shae is one of the cocktail waitresses. Lou also owns a chain of drycleaning businesses, and he sets up the burglaries that Dani commits.

Darke is a, more intimate, part of Club Curl. Mary is the bartender at the Danny Mann Pub. Marilyn Wren is a club manager at yet another place. Bill is a member of Rand’s social set.

The Palm D’Or Gallery is…
…where Erin works as an assistant. It’s also where she had her first art show. Miss Garrison is her boss and the owner of the gallery.

Gene and Janet Morrissey are Dani’s targets that night. Matt Wallace was a bully back when Jimmy and Dani first met. Mama J was their foster mother.

The cover makes me think of a scene from the story, mmm-mmm, yeah, I think I’d Risk It too if that muscled torso were stripping off his shirt and tie for me. 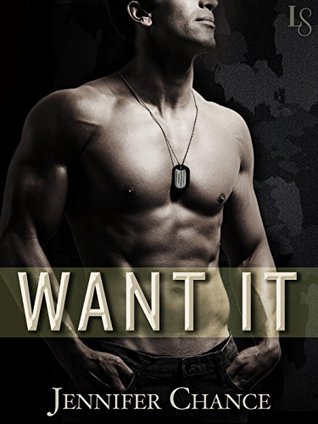 2 responses to “Book Review: Risk It by Jennifer Chance”