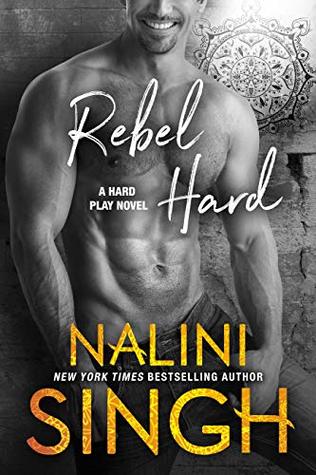 If you love someone, you must set them free. If they come back, it was meant to be.

It’s a hard lesson for Nayna — and one for us to keep in mind. Always, always be yourself. And her parents…as nice, as loving, as they are, they don’t see how much they’re hurting their youngest daughter. It’s this hurt that makes Nayna so marriage-shy. And Mom!! Omigod, all these years seeing her husband as all-knowing…and WHAM! Oooh, baby, hee-hee-hee.

As annoying as all those marriage interviews are, they are hysterically funny. They also pushed Nayna into that outrageous dress and her snarky retort to Raj at that party. Still, Singh’s assessment of the arranged marriage mart does make some excellent points…when it’s handled the right way. Unfortunately, Raj takes some wrong turns and has a very odd idea about romance.

I absolutely adore how loving Raj’s family is. They WANT him. He is their son, no question. Which is how it should be. And it was glorious to know how lucky he was in the end after he reads that letter his birth mother left. Such a contrast with the man Raj actually is… If his birth mother only knew what she gave up.

Singh sets up believable scenarios that explain Nayna’s and Raj’s worries about marriage, and the scenes that demonstrate their growth are a-mazing. Even though I did not believe how insta-in-love Raj is. That third person dual point-of-view from Raj’s and Nayna’s perspectives wasn’t enough to sell that initial “love-in”, although it did improve immensely.

And that’s such a minor point with all the amazing reactions Nayna and Raj have to each other. I love, love, love Raj’s wanting to understand and learn from Nayna’s interests. I also had to laugh at his persistence with those pictures, lol.

It is such a wonderful story, making me cry and laugh…especially laughing with the characters as I read about them dancing down the aisle.

Her sister’s scandalous behavior has formed Nayna’s behavior all her life, trying to make it up to her horrified parents. It’s not until her mom and dad begin to push her to marry that Nayna begins to understand how much she gave up, the cage of her fears.

Raj has his own fears and need for a traditional family, the total opposite of what Nayna who fears that marriage will be yet another cage.

They’re all wrong for each other…and yet, they could be oh-so-right.

Heera Nayna “Ninu” Sharma, a chartered accountant, is a traditional Indian woman still living with her parents, Professor Gaurav and Shilpa Sharma, originally from Fiji. Aji, Heera, is her beloved grandmother — and is she a HOOT! The flirtatious Madhuri “Isshu” is the rebellious older sister, estranged from the family. Auntie Babita is an old bat. Iosua is a cousin-in-law who is a dessert chef. Aunt Adi works an engineering project in Australia.

Tawhiri Hohepa is a neighbor who pulls Aji out of her, ahem, shell. Mr Franklin is a neighbor at Nayna’s place. Anjali Kumar is one of Madhuri’s closest friends. She’s married to Avinesh who’s being a jerk. Jaci is another friend. Pinky Mehra, a.k.a., Gold Girl, is a friend of Nayna’s who is having an OTT Indian wedding. Parvati is another of Aji’s friends.

Raj Sen, a building contractor running his family’s business, was adopted at age six, deeply influencing his need for a traditional family. Sangeeta Sen is his mother, Jitesh Sen his incredible father.

Navin is Raj’s younger brother and married to the shrewish, troublemaking Komal, a nurse. Aditi “Monkey” is their seventeen-year-old sister who adores her oldest brother. Dhiraj is Jitesh’s brother with the flashy new wife.

Sailor Bishop is Raj’s friend who is building his landscaping business and involved with Ísa Rain who was practically raised at the Sharmas. (Cherish Hard, 1). Catie is Ísa’s younger sister with health issues. Harlow Chan is Ísa’s stepbrother whom she adores. Ísa’s mother, Jacqueline Rain, a.k.a., the Dragon, runs a chain of Crafty Corners stores. The Bishop, a.k.a., Gabriel, is Sailor’s older brother and captain of the national rugby team.

Tara, an international model, and Geoff are throwing the party and are clients of Raj’s and Nayna’s. The Fabers are friends of theirs. Douglas is a senior colleague at Nayna’s accounting firm. The Garths are big clients there. Gazza and Tino work for Raj. Franz Josef is a resort town. Dr Jonathan Olivier is a surgeon. Hari Shankar is a major developer.

The potentials
Dilip Kapoor is a braying braggart. Rohan is an electrician with his own company. Bailey is a surfer dude. Dr Sandesh “Sunny” Patel has his own clinic. Vinod is/was a master’s student.

Suzanne was a bully at Ísa’s high school while her boyfriend, Cody, is a sniveling slimeball.

The gray-toned cover reflects the hard part of that title…whoo-whee…talk about a hard body on that boy. We see him from the nose down to his jeans-clad thighs, his arms curve outward with his hands fisted on those thighs. The background has an intricate graphic design against a stone wall. The title is in a script font in white and spans Raj’s chest with the series information tucked in to the left. The author’s name is at the bottom in a textured yellow-orange with a white info blurb between her first and last names.

The title is all about Nayna who Rebel[s] Hard at her nationality’s cultural expectations.