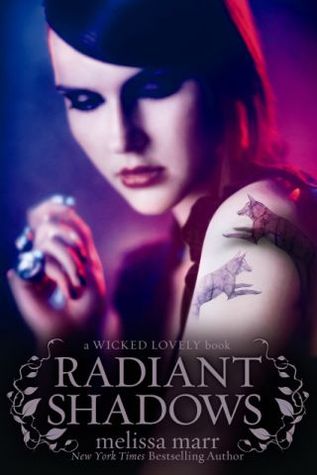 Half-human and half-faery, Ani is driven by her hungers.Those same appetites also attract powerful enemies and uncertain allies, including Devlin. He was created as an assassin and is brother to the faeries' coolly logical High Queen and to her chaotic twin, the embodiment of War. Devlin wants to keep Ani safe from his sisters, knowing that if he fails, he will be the instrument of Ani's death.Ani isn't one to be guarded while others fight battles for her, though. She has the courage to protect herself and the ability to alter Devlin's plans—and his life. The two are drawn together, each with reason to fear the other and to fear for one another. But as they grow closer, a larger threat imperils the whole of Faerie. Will saving the faery realm mean losing each other?

Fourth in the Wicked Lovely paranormal fantasy series for Young Adults based in Huntsdale. The couple focus is on Ani and Devlin.

My Take
I have to believe that this is a bridge novel. And a bad one. It’s full of tell and info dumps with very little show.

Truly this was annoying as I trudged through the mass of info dumping in which Marr indulged. It’s also a good example of why you don’t want to read books or short stories out of order as all the buildup I’ve read in various shorts about the court-changing war was a major let-down, unless something tremendous happens in Darkest Mercy, the next installment in the series. I must have missed an earlier installment as well since Keenan is missing. I think it was mentioned twice and that’s as exciting as it got in Radiant Shadows.

Considering that one half of the couple was of the Dark Court — the one that most indulged in and was fed by turbulent emotions — while the other half was Order + Disorder, you’d think there would be emotion and chaos within the story. Snore…hmph…snort…oh, sorry, kept falling asleep there. Marr also talks about how much emotion Sorcha is feeling, how something is wrong, but…we get nothin’.

There’s a lot of back history to explain how badly Devlin has disobeyed his Queen. Marr dances around the “evils” in which Devlin indulges on the Outside after he does complete his tasks for the queen and leaves it to our imagination. How did Rae show up in Faery? Why is it necessary to keep her body in stasis? She’s in Faery, and all other humans who live in Faery don’t age, don’t need special considerations, so why is Rae different?

For all the talk about Gabriel killing anyone who touches his daughter, there is surprisingly little “discussion” when Devlin touches her. Gabriel must have some idea of Ani’s needs, so why hasn’t he provided for her?

Thankfully, Marr ties in the importance of Ani’s blood with Devlin’s needs — he requires blood to live, the blood of both Order and Discord.

I like that Devlin is supportive of Ani’s need to act, that he’s excited about the idea of a someone to fight by his side. As a being of Order and Discord, he’s been conflicted all his existence, and he’s beginning to think he needs to indulge both.

This one needs to be read if only because there are such great changes in it, but don’t be sleepy when you do read it. It’s so tedious and boring for all the “excitement” it should be broadcasting.  It took forever for me to read this, and I kept wanting to put it down, except I wanted to know if this was the story in which the great war would start. Zzzzz, oops, sorry, falling asleep again…

Marr’s heart wasn’t in this one. Borrow it from the library.

The Story
Life is changing for Rabbit, Ani, and Tish. Ani is becoming too fey to live outside the Court while Tish and Rabbit aren’t fey enough to need to. And Ani’s fey side has a twist. She’s skin starved and in need of emotion. Unlike the fey, she needs to eat through touch and through emotion, a combination that could kill any mortal or faery with whom she loses control. A twist that both Irial and Bananach want to use.

Meanwhile, Sorcha, the Queen of Reason and cold logic is pining away for her son, allowing all of Faery to fade.

The Characters
Ani is a halfing, a daughter of Gabriel of the Dark Court, of the Hunt; she is a Hound with an affinity for wolves. Gabriel is the Dark King’s lefthand man, the leader of the Hunt, his assassin and enforcer. Chela is his sometimes mate. Rabbit and Tish are her siblings, both halfings as well but with less of the fey in their makeup. Jillian was Ani and Tish’s mother who was murdered when they were small. Glen is a bouncer at the Crow’s Nest and Tish’s boyfriend.

Devlin, a.k.a., the Queen’s Bloodied Hands, the Queen’s assassin and keeper of order, is brother-son to Sorcha and Bananach and needs the blood of both to live. He has served the High Queen for all eternity, and they battle for his loyalty. Katherine Rae O’Flaherty appears to a human who got lost and feel asleep in a cave where Devlin keeps her safe, her body in a glass coffin in stasis while her spectral form floats about, enters dreams, and is entreated by the Eolas to keep secrets.

Sorcha and Bananach are twins, two halves with one representing Logic and the other Discord. Sorcha is the High Queen, the Queen of all Faerie, the Queen of Logic, while the insane Bananach is War.

Niall is the Dark King with Irial as his advisor. Seth is now fey, Sorcha’s son, and beloved of the Queen of Summer, brother to the Dark King, and friend to Winter. Ashley is the Summer Queen; her Summer King, Keenan, is missing.

Hounds are born of the Wild Hunt, the teeth and claws of Faerie, unrestrained by order ; the wolves are Ani’s, the New Hunt. The Crow’s Nest is a bar where humans and fey congregate. Eolas are keepers of knowledge with “the ability to assure both endings and beginnings, to tie or to sever connections”.

The Cover
The cover is Gothic with a thoughtful and soft-focused Ani watching her wolf tattoos on her bicep, one be-ringed hand close to her face, and a red backlight setting the atmosphere.

The title reflects the new court in Faerie, one of Radiant Shadows with a new king and queen. 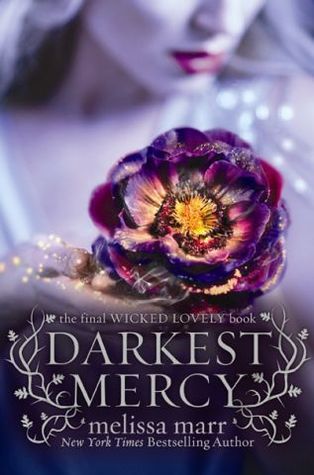 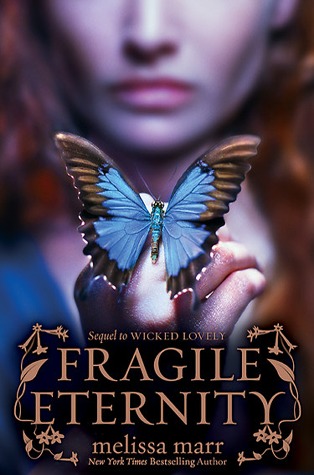