Buy on Amazon
Goodreads
Also by this author: "Schooled", Wrapped and Strapped, Unraveled, What You Need, Just What I Needed, Hang Tough, Spun Out, All You Need, When I Need You, I Want You Back, Want You to Want Me

Ninth in the Blacktop Cowboys western romance series and revolving around a loose group of friends around Rawlins, Wyoming. The couple focus is on Riss Thorpe and Ike Palmer.

It was cute, although not particularly cozy. Which might be because it focuses so much on Ike’s business failing and all his negativity right along with Riss jumping to conclusions so dang fast. Although I suspect it could also be a lack of show.

It’s not fair, but it is different to read a story where the guy takes a loss. But that’s a brave moment, to realize when you’re in the wrong place and take steps to fix it. Find your strength and go for it. Of course, it doesn’t help that Ike sees himself as such a loser from high school on to taking on Jackson Stock Contracting.

The primary conflict here is that family unity thing Riss has with her three brothers. What they hate, she’s gotta hate. And Ike does not have a good reputation in the Thorpe family. Underneath that is the pride Riss and Ike each sport. They simply don’t want to show any weakness and will do what they can to prevent it from peeking out. We’ll learn more through James’ use of third person dual point-of-view, reading what both Riss and Ike think and feel.

For Ike, he’ll re-examine his life and his priorities, what he wants in truth. And that a woman who’ll stand up to him and surprise him at most every corner is exactly what he needs. He also comes to realize that he has to stop enabling those sisters of his. I really dislike Ike’s sisters. And I am so glad he’s finally wised up to their selfishness. For Riss, she’ll discover that being with one person doesn’t mean losing your independence…and that cuddling can be a pretty good deal.

On a judgmental note, I don’t see why Ike getting laid off is so demeaning. And why he jumped into the stock contracting business so fast has me puzzled. In fact, any time James talks about the stock business, I can’t tell which part she’s referring to, his old job or his new business.

You wanna know who the Mud Lilies are…just read the scene where they’ve asked Ike to settle a bet. You’ll be shaking with laughter and horror, all at the same time, lol. It’s also the same scene where we discover Riss’ fears. Geez. That old saying just ain’t true. Sticks and stones may break your bones, but words always hurt the worst, and it’s part of what formed Riss’ attitude about sex:

“She’d made peace with her body years ago. She refused to let anyone — male or female — body-shame her. Same with slut-shaming. She liked sex. Denying herself pleasure because of someone else’s archaic moral standard? Nope. The way she saw it, she had one life and she’d live it on her terms.

Far as I’m concerned, what’s good for the gander is good for the goose. It’s too bad that pride keeps getting in Riss’ way, in spite of this attitude. ‘Course, it’s Ike’s besetting problem as well.

It is too cute…and so extremely practical that Ike and Riss are so creative with their “cheap” dates.

Jade and Tobin are finally getting married, and that truce has managed to hold. It only has to last until the end of the wedding, for Riss and Ike have to keep an eye on that wedding couple — they keep skipping out to grab a little somethin’ somethin’.

It’s that proximity to Jade and Tobin and getting to know Riss that causes Ike to offer to help out when Riss breaks her arm. In three places. He knows how to help someone with a broken arm, and he raised three sisters, so he knows what Riss will need.

Larissa “Riss” Thorpe grew up a tomboy and likes it that way. She is not one for getting prettied up and much prefers being behind the wheel of one of her trucks. (She has a part share in a flatbed, a stepdeck, dump truck, a small dry box, and a double-decker bull hauler.)

“Suck a guy’s dick one time and suddenly he’s in love.”

Triple L Whorehouse and Gambling Emporium is…
…how Riss refers to the family home where her three brothers live: Lonnie is the oldest, and he raised ’em all up after their dad died. Seems Lonnie sometimes ran gambling tables in the house when they were short of funds. Lloyd is the middle brother with a harem of women hanging around; he joined the Air Force right out of high school and now works at the garage that Lonnie bought from Ricky Freytag. Louie is the life of the party and the shift manager at Crow’s Truck Stop.

Ike Palmer, a.k.a., Palmer the Charmer, has a rep for the ladies. The part of himself that he keeps hidden is that he got “fired” from his job as a cattle broker with Stocksellers which had been taken over by Bernie Stack‘s idiot son, Bernie Junior. Augie was his mentor when he first started. He has three younger sisters whom he raised: Jen, Kay, and Lea who’s a single mother with two kids, Mikayla and Elijah. Mike is Mikayla’s dad and Alice is his mom, Mikayla’s grandmother. Sparky is the horse Ike rides.

Now Ike is in partnership with Hugh Pritchett (he married Harlow in Wrapped and Strapped, 7) in Jackson Stock Contracting, and it’s going downhill fast.

Tito owns a trucking company that provides seventy percent of Riss’ jobs; Esme is his wife. Dianne is his dispatcher. Jerry and Dickie are some of his drivers. Ron Fiora runs Desert Plains Distribution which makes runs to a few prisons and military installations.

Jade and Tobin Hale, a.k.a., Sweetie Pie and Boy Scout, are getting married at the Split Rock. Dan Hale is Tobin’s dad, Driscoll and Streeter are his brothers.

The Mud Lilies are…
…a group of feisty old ladies that include Garnet Evans, the grandmother of the bride; Miz Maybelle; Tilda who’s the tiniest and flightiest of them; Vivien is the youngest; Pearl; and, Bernice who runs Bernice’s Beauty Barn in Muddy Gap (she’s also Riss’ Aunt B who’s married to Bob, her dad’s stepbrother).

Friends include…
…Bran and Harper Turner (Saddled and Spurred, 2); Abe and Janie Lawson (Wrangled and Tangled, 3); Hank and Lainie Lawson (Corralled, 1); Holt Andrews is a friend of Ike’s who owns a construction company; Tanna Fletcher (Turn and Burn, 5); Celia Gilchrist (One Night Rodeo, 4); and Devin McClain who is a long-time buddy of Ike’s and a country superstar (Hillbilly Rockstar, 6). Susan Williams and Sherry Gilchrist own Buckeye Joe’s. Riss’ book club includes the knocked-up Geena.

Split Rock Ranch and Resort is…
Renner Jackson‘s multipurpose ranch. The more obvious aspect is its guest ranch side. He’s married to Tierney (Wrangled and Tangled, 3).

Bit Players
Ryland Johnson works at the Blackwood sale barn and can’t get over Riss. Zeke Toggles inherited a ranch but no cattle. Dr Frost handles Riss’ broken arm. Wanda is the receptionist. Brandi works at the boxing gym that Rocky owns. Sutton Rodeos is an offshoot of Sutton Cattle Company in South Dakota. Eric is a team leader for the Global Communications Outreach Program. Genie worked the front table. Gino is working the front desk at the hotel. Ingrid Olaffson is a horny widow whose husband, Olly, Ike used to deal with. Marlon is a client of Tito’s who does concrete sculptures; his son, Marlon Jr, is special needs. Paxton also works for Marlon.

Dang…for an almost-forty-year-old, Ike is lookin’ pretty young in that black cowboy hat. He finished up that cowboy look with a blue and black plaid shirt, blue jeans, and a black leather belt and big buckle, a’rollin’ up his sleeves so he can get to work. The background is a faded, out-of-focus barn with silo on the right and a cattle truck on the left. A testimonial is in a burnt red in the top right. The series information is just below Ike’s shoulders with the title centered across his torso. Both are in white. At the bottom is an info blurb with the author’s name below that in a soft colonial blue.

I’m not sure about the title. It could be that Riss and Ike have it Racked and Stacked with their priorities set. 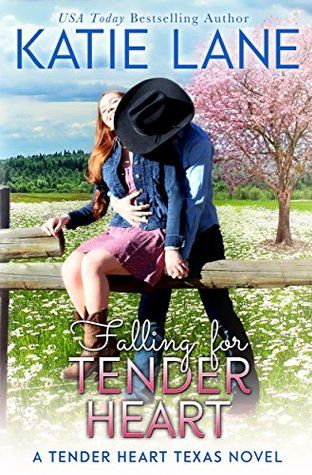 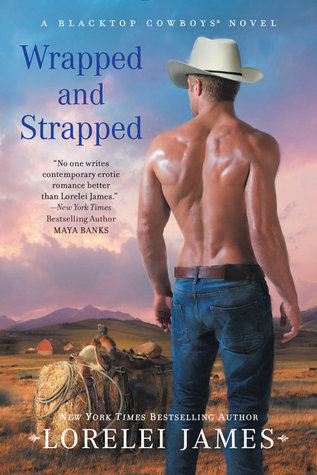 2 responses to “Book Review: Racked and Stacked by Lorelei James”