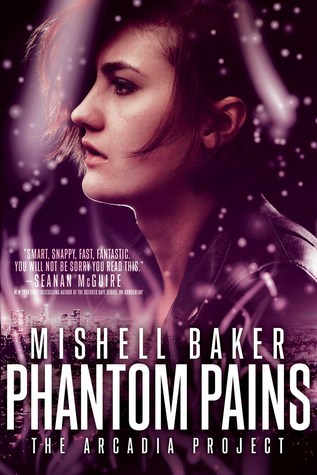 Buy on Amazon
Goodreads
Also by this author: Mishell Baker

Second in The Arcadia Project psychological urban fantasy series set in L.A. around the fae and moviemaking. It’s been four months since Borderline, 1.

I don’t know if I’m more prepared for Millie, if Millie is more aware of how horrible her social reactions are, or if Baker lightened up, but Millie wasn’t so bad. Weird, huh? A protagonist who is so obnoxious, and yet you can’t help rooting for her. I wonder if it’s because it’s all Millie’s perspective with that first-person protagonist point-of-view?

Theme-wise, it’s all about emotions and beliefs. Millie’s inability to check her emotional reactions — she is certainly out front about the dangers she represents to anyone who gets close to her. It’s also Millie realizing how her belief in what her sleazy professor told her affected her outlook on life and her own abilities.

Commoner fae have bad memories and no ability to reason while their beliefs are made up of what they feel and are bone deep. Because Claybriar, one of those commoners, has an Echo, his ability to remember and reason shot up, and he’s having issues with what the sidhe believe and what he grew up believing. Goes to show that what you learn in your childhood really sticks to you.

Yeah, I really enjoy Baker’s The Arcadia Project. It’s a unique take on the fae that Baker has created while incorporating the expectations most of us have about the fae — and I love the idea of Echoes. As for Baker’s core characters. Oh, boy. They’re a job lot of nutjobs — a requirement for the job, lol. I’m curious to see where Baker takes ’em all, especially after that revelation about Tjuan and Alvin’s abrupt turn of heart.

Then there’s the forgotten “belief” about how magic works and the slavery it perpetuates.

It’s a rock and a hard place for Millie at Valiant Studios. Parisa is furious and threatening to pull the show, if Soundstage 13 isn’t back up and running. But Stage 13 must be cleansed and “repaired” if humans are to be allowed back on it.

And that’s a problem as Millie is no longer part of the Arcadia Project, and her believability is already low and goes lower when she insists that she saw Teo’s ghost on the soundstage. According to Caryl, ghosts don’t exist.

Then Caryl is accused of murder. A murder for which Millie knows Caryl is innocent. It’s prove the existence of those “ghosts” or Caryl will suffer the Project’s severe, off-the-books justice. Oh, and save the world from a terrorist plot…and the machinations of an evil “queen”.

“Lady” Millicent Roper, a.k.a., Ironbones, has a borderline personality disorder with a passion for filmmaking. She’s half metal with leg prosthetics (after walking off a building) and that metal kills magic. She now works at Valiant Studios. Claybriar, a faun, is Millie’s Echo.

Valiant Studios is…
…Inaya West‘s baby, a film studio she started up at the end of Borderline. She’s also a famous movie star who found her Echo, Baroness Foxfeather of the Seelie Court who is trapped in fairyland. The thoroughly obnoxious Parisa Naderi is a friend and the showrunner for Maneaters, a hugely popular show. Javier is Parisa’s assistant. Stage 13 is where all the action took place in Borderline. Araceli is Millie’s fellow assistant.

Mason is a misogynistic talent agent from Australia. Wendigo Digital does special effects. Rahul is their main go-to guy and a jerk.

…the go-between for humans and the fae. Its only eligible employees are people with psychiatric problems who must live in a Project residence. The main headquarters is in London under the “superior” Dame Belinda Barker.

The U.S. National Headquarters are…
…in New Orleans under Alvin Lamb. Tamika Durand is one of their senior agents. Adam Park is their liaison at Homeland Security.

Residence Four is…
…one of four homes where the L.A.-based Arcadia employees live. The nineteen-year-old “Marchioness” Caryl Vallo, a warlock, had been the project manager and Millie’s boss. Elliot is her familiar, a construct who takes on her emotions so they don’t overload her. Martin, a wizard, had been Caryl’s predecessor. Incidents in Borderline have triggered Tjuan‘s schizophrenia; he’s also well known as T.J., a screenwriter. Teo had been Millie’s partner who died in Borderline. Phil (he guards the LA4 portal that is in the attic) and the autistic Stevie are the other employees/residents. Song is the resident house manager. Sterling is her baby son. Monty is the resident tortoiseshell cat.

Dr. Davis is the psychiatrist Millie sees. Zach is Millie’s neighbor and fuck buddy. An Echo is a muse with a predestined partner. David Berenbaum, the director, has retired to an emu ranch. Steven Spielberg is a practitioner.

King Winterglass, a.k.a., Feng Morozov (in Russia he was known as Snezhan Leonidovich Raskonikov when Fedya Dostoyevsky had been the king’s Echo), rules the Unseelie. His heir is seventeen-year-old Prince Fettershock, a.k.a., Shock, currently studying in Hong Kong and a master façade crafter.

Queen Dawnrowan rules the Seelie; Sir Claybriar is her champion as well as an amazing artist. Blesskin is a commoner fae who plays the Bone Harp.

Duke Skyhallow‘s territory (in faerieland) is the L.A. area. The manticore, Throebrand, who has roamed his territory for thousands of years, has suddenly gone nuts. His construct is a really big dog named Brand.

Baroness Foxfeather’s estate is destroyed and her people — which include Dreamapple and Bellgreen, are either dead or scattered.

Cera Pest Control is…
…an L.A.-based exterminator company started up by Edna Cera who was succeeded by Vivian Chandler, the Unseelie Countess Feverwax, who had been the primary antagonist in Borderline. Adal Garcia is in charge since Vivian’s death. Pooja is the receptionist. Chin Ju is the IT girl. Slakeshadow had been Vivian’s daughter until her execution.

Qualm is one of the wraiths, spirits constructed of arcane energy, think ghost.

The Bone Harp was made from something’s spine by the Beast Queen, a.k.a., Shiverlash, a powerful siren, and it draws arcane energy to it. The First Accord was a treaty between the Seelie and Unseelie rewriting their customs and the rules of succession. The Second Accord amended the First to establish peace between the Seelie/Unseelie Courts and earth. The difference between a witch and a warlock is that the former is Seelie magic while the latter is Unseelie. A ward is anchored to a place while spellwork is anchored on a person. A construct is a façade a fae wears when they’re on earth, so they don’t scare the humans. The Philadelphia Protocol separates the U.S. Arcadia Project from others.

The cover is purples with a profile of Millie (she reminds me of the actress, Jacqueline Toboni, from the TV series, Grimm) in her black leather jacket, a gentle wave of a spit curl flat against her cheek. For the rest, it’s a deep purple background with multiple, varisized lilac bubbles floating through the air. The author’s name, title, and series information is all together at the bottom in white.

I have to guess that the title is really subtle and refers to the discovery that Phantom Pains may be suffered by spirits?? Or that the wraiths are the pains…? 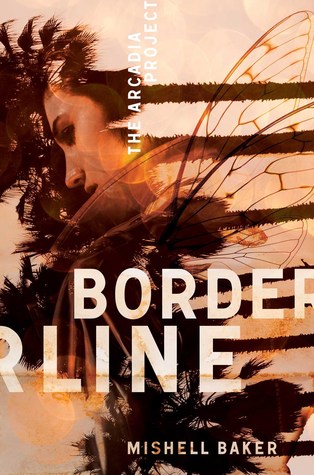