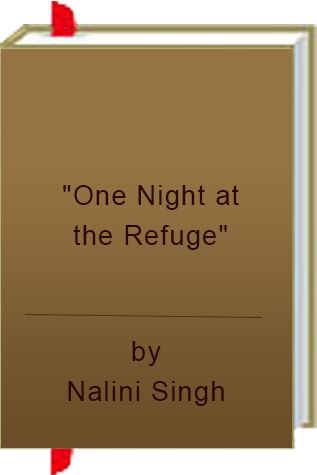 In publication order, “One Night At The Refuge” is 8.1 while chronologically it’s a prequel — when Illium is still a child — in the Guild Hunter urban fantasy series set in an alternate history and revolving around a world dominated by archangels. The focus is on a young Illium.

To read future free short stories by Nalini Singh, sign up for her newsletter!

It’s friendship and illicit adventure and so incredibly sweet as we get a glimpse of Illium and Aodhan’s early friendship as children at the Refuge. I like Singh’s subtle reference to how much they care for each other in the way they pay attention to each other’s likes.

It’s that age-old draw of the little ones wanting to be part of the older ones’ adventures, and I absolutely adore the reaction we get from Illium’s parents when they discover the pair. As for how the kids react? L-O-L.

It’s third person protagonist point-of-view from Illium’s perspective as we get a glimpse of his thoughts as he works his plan, as well as his thoughts on those oversized wings of his, lol. It does cause me to remember Ellie’s frustrations in learning to manage her own.

We also hear thoughts of Illium’s promises to his parents, and too sweet yet again. Ya just know this “kid” is gonna be fun as an adult!

Two young hooligans plot their escapes for an illicit night of adventure to watch the race.

Illium is a child angel still learning to manage his wings.The sparkly Aodhan is his best friend and partner in crime.

Raphael and Uram are two of the angels in the race. The Refuge is home base where the angels raise and educate their children.

It’s “One Night at the Refuge” when Illium and Aodhan sneak out of their houses for an illicit adventure.

2 Responses to “Book Review: “One Night At The Refuge” by Nalini Singh”