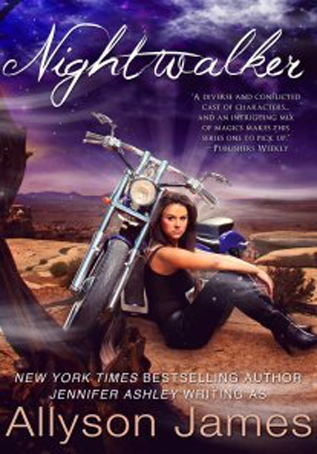 Buy on Amazon
Goodreads
Also by this author: Dragon Bites, Hot for the Holidays

Fourth in the Stormwalker paranormal fantasy series and revolving around Janet Begay, a woman conflicted by so many outside sources.

Poor Janet. The only power she truly controls well in Nightwalker is first person protagonist point-of-view. For the rest, so many rules hedge ‘round her that she’s been timid about working with them; she is only now beginning to learn how to control herself.

It does make a kind of sense and provides a contrast with this tale of greed and the desire for power with a lot of sneaking around and withholding information. I can sure see why the dragons drive Janet nuts!

There’s a bit of back history on a number of characters: Ansel and his family background, Coyote and Bear’s idea of courtship (egads!), Emmett Smith, a reveal on Gabrielle’s past, and of course, more on Janet’s naughty childhood.

Mick has his own reveal, as Janet discovers how difficult it is for him to give Janet the freedom she wants.

As for the action, it’s wild, crazy, and comes at you fast. There isn’t any real tension to it, as you know Janet can handle it all — even when she can’t, nor does James infuse it with much show. It’s a whole lotta tell, but I gotta tell ya, it’s fascinating enough without it.

A woman has gone missing as well as a powerful artifact and too many believe the Nightwalker drank her down, especially the sister who has put up a bounty for whoever will bring her Ansel’s head. And now slayers, dragons, and mages are converging on Magellan, on Janet’s hotel, all wanting the same thing. Ansel.

Neither Janet nor Mick have any intention of giving up Ansel, and the attacks are just the beginning, as the most powerful magical beings in the world are willing to destroy Janet, Mick, her hotel, and everyone she cares about to get to Ansel and his secrets.

Janet Begay, an art photographer and hotel owner, is a Diné Stormwalker, the result of the machinations of her evil goddess mother from Beneath and her susceptible dad, Pete Begay, a shaman. She’s not allowed to kill humans, however much they deserve it. Micalerianicum “Mick”, a dragonshifter general, is Janet’s fiancé, a six-foot-six biker. They each ride Harleys and share custody of a snarky magical mirror.

Many Farms in Chinle is where Janet’s childhood home is located. Gina is Pete’s fiancée. The majorly dangerous Gabrielle Massey is Janet’s half-sister — they share the same evil-goddess mother. Gabrielle may be in her twenties, but her maturity stalled in her teens. Of course, her childhood was really bad. Grandmother Ruby Begay has taken over raising Gabrielle and trying to train her.

The Crossroads Hotel is…
…Janet’s business in Magellan, New Mexico, and a home away from home for other supernatural and magical beings where they can feel safe. Elena is a fabulous but grumpy cook with access to incredible Apache shaman magic. Cassandra, a very powerful Wiccan, is the hotel manager. Pamela, a wolf Changer, is Cassandra’s overly protective lover. Julia and Olivia, Maya’s cousins, are hotel maids. Carlos is the bartender.

Ansel, a Nightwalker turned when he was a twenty-two-year-old British soldier in World War II, lives in the basement. Laura DiAngelo is an antiques dealer in Santa Fe. Paige DiAngelo is her crazed sister, hiring assassins. Bobby had been Paige’s boyfriend.

Maya Medina is an electrician and one of Janet’s best friends; she’s dating Sheriff Nash Jones, a magical null. Deputy Emilio Salas works for Jones. Fremont Hansen is a plumber who wishes he had magic. Heather Hansen owns the local New Age store and believes that Pearl is haunting her shop. Barry owns the Crossroads Bar across from the hotel. Naomi, a gardener with a landscaping business, is Fremont’s cousin and married to Jamison Kee, a sculptor, a storyteller with shaman abilities, a mountain lion Changer, one of Janet’s best friends, and the one who taught her how to handle her powers. Julie is Naomi’s deaf daughter. Jolene is a waitress at the 24-hour diner.

Gallup is where Jeff Benally has an art gallery where he sells Janet’s photographs. Chaco Canyon has an aura that drives Janet crazy. Frank Yellow is a Navajo cop; it’s his cousin who is marrying Janet’s dad.

Rory is a bounty hunter who thinks he’s all that. Richard Young is a miserly jerk, powerful and influential with criminal connections, who collects Indian artifacts. The obnoxious Pericles McKinnon is an up-and-comer who wants to eliminate Emmett Smith the Ununculous — the world’s most powerful mage.

Coyote is a trickster god with a thing for Janet. Bear is Coyote’s wife, a shifter goddess. Beneath is an alternate plane of many worlds where gods held power and humans were few.

The cover is the purples of a windy sky with sunset almost over. The base of the cover is the oranges of the desert, deepening into distant purples with Janet lounging against her bike, wearing a black tank top, blue jeans, and high-heeled black boots. The bike is in profile with the front wheel angled towards us. The title is a script font in white centered across the top with an info blurb in white below it and to the right, but still in the sky. Another info blurb is in a pale orange at the bottom just above the author’s name in the same pale orange, but shadowed.

The title is all about Ansel, their Nightwalker, who has gotten himself into a whole mess of trouble. 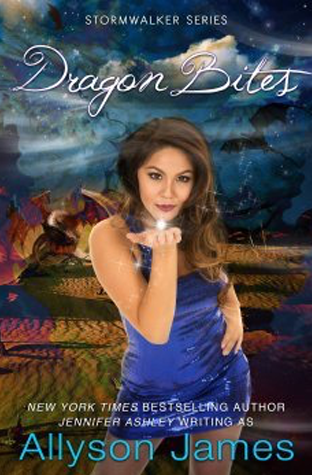