When the daughter of a billionaire Hollywood director is found murdered after what appears to be a kidnapping gone wrong, Los Angeles Special Trials prosecutor Rachel Knight and Detective Bailey Keller find themselves at the epicenter of a combustible and high-profile court case. Then a prime suspect is revealed to be one of Hollywood's most popular and powerful talent managers--and best friend to the victim's father. With the director vouching for the manager's innocence, the Hollywood media machine commences an all-out war designed to discredit both Rachel and her case. KILLER AMBITION is at once a thrilling ride through the darker side of Tinseltown and a stunning courtroom drama with the brilliant insider's perspective that Marcia Clark is uniquely qualified to give.

Also by this author: Guilt by Association, Guilt by Degrees, The Competition

Third in the Rachel Knight legal thriller mystery series and revolving around Rachel Knight, a prosecutor in L.A. A billionaire producer’s daughter is kidnapped.

My Take
Clark pulled me in by the second page. I had to know who that second person was, and slowly Clark unveiled the events of that night. It was an intriguing reveal with all the detecting you could want in a case that appeared open-and-shut. There are red herrings galore in this, and it all comes down to anger and a girl with too much leeway in her young life. There are reasons kids need boundaries with definite limits. Unfortunately, kids also need parents with ethics. It’s also unfortunate about that nasty twist Clark introduces. Jesus.

I do love Rachel’s attitude toward Vanderhorn, and I completely agree, I too like a boss who’s smart. It’s incompetence that drives me mad. Instead, this man who’s in charge of prosecuting criminals, oops, sorry, alleged defendants, is an idiot more concerned with how things look or who will give him money for re-election. So it’s reasonable that how Rachel feels about Vanderhorn will spill over onto Declan whom Vanderhorn appoints to assist Rachel.

So much of this story rang true. People in this are real. There are greedy ones, angry ones, jerks, dedicated ones, and those who have issues. I do love that Hayley’s friends are “truly nice kids who seemed to have a lot … going on”. It says great things about Hayley, and the things she could accomplish as an adult. It’s part of what makes it so incredibly awful. Then there’s the legal aspect of the story which I found fascinating as it dives into details and the whys of tactics and requirements, the worries over picking jurors. Including Declan’s “taking one for the team”. A good guy. I’m looking forward to reading more about him! Then there are the behind-the-scenes machinations revealed about actors, producers, and how screenplays can be held to ransom.

I think I’m way out of date on this practice of detectives and lawyers partnering up to investigate crime. Of course, I’ve only watched television — CSI, NCIS, Rumpole of the Bailey, Inspector Morse, Law and Order +++ — and have no clue about how it really works. Seems kind of wasteful in some ways and practical in others.

What I’m liking about this series is how Clark has created a group of tight friends with issues, personalities, the back-and-forth teasing, and likes and dislikes who are there for each other. Close, they do have their own lives outside the job, when they can find the time for it, and while they’re on the job, they want justice through truth. They’re individuals, and Clark has put a twist on this that creates a trio of ladyfriends who kick back and get drunk, but responsibly in the most unexpected way. That room service gives this a nice fantasy twist that a lot of women (and men) could appreciate, lol.

You think Brittany has it bad with her mother? Hmph, it only gets so much worse. Brittany should toss her mommy out on her ear. Of course, I’m not too impressed with Antonovich. Jesus. What an idiot!

This kidnapping does get Rachel to thinking about events after Romy’s kidnapping, so we get more back story on Rachel’s childhood and the event that shaped the rest of her life.

Okay, I’m not buying that it’s taken a year for Rachel to see Graden’s house, and that they still haven’t done the horizontal mambo. I mean, get serious. In this day and age? Nor have I read anything that explains why Rachel doesn’t want to go there, nor why Graden is content to wait.

The Story
Over a late night over drinks, Bailey gets the call about a botched ransom drop, and she and Rachel head out into the night.

It’s billionaire Antonovich’s sixteen-year-old daughter who’s been kidnapped. He paid the ransom, but no daughter. Now he has no choice but to call the cops.

The Characters
Deputy District Attorney Rachel Knight is with Special Trials. The truth about Romy, Rachel’s older sister, comes out in a bad way. Carla “the Crone” is a friend and Rachel’s childhood therapist. Daniel Rose is a lawyer’s lawyer and an old boyfriend of Rachel’s who’d like to get back together with her.

Special Trials is…
…”a small elite unit that handled the most complex and high-profile cases”.
Toni LaCollier is another Special Trials prosecutor and another of Rachel’s best friends. Eric Northrup is their boss; Melia Espinoza, a.k.a., Gossip Central, is his useless, tabloid-reading secretary. District Attorney William Vanderhorn, a.k.a., Vanderputz, is the top dog, clueless but a photogenic, media-savvy boss. Francine Jefferson is his secretary. Sandi Runyon is the DA’s media relations chief. Declan Shackner is a young, up-and-coming lawyer, appointed to be second chair to Rachel’s case because his dad has money; Kevin Jerreau was a baby DA with Rachel.

The judges
I think there are more judges than cops… Judge Pastor is the duty judge. J.D. Morgan is one of the new breed of judges, and he’s Toni’s on-again, off-again boyfriend. Siobhan Flanagan is his clerk. Lavinia Moss is the youngest and first black female judge assigned to handle high-profile cases. Judge Patrick Daley is assigned to the kidnapping case. Judge Daglian‘s clerk is Manny Washburn.

The trial…at last
Judge Osterman is the latest trial judge. Tricia Monahan is his clerk. Deputy Jimmy Tragan is the bailiff. Ms. Hogan is the court reporter.

LAPD
Lieutenant Graden Hales is Bailey’s boss over at Robbery-Homicide, and Rachel threw him out on his ass for invading her privacy. He’s also incredibly rich due to a video game he envisioned and his brother, Devon, developed. Detective Bailey Keller is one of Rachel’s best friends. Drew Rayford is the bartender at the Biltmore Hotel where Rachel lives, and he and Bailey have been together for two years now. He has plans for opening an upscale bar.

SID
Dorian Struck is the “best criminalist” in the department, and Herrera is one of her assistants; Ben Glosky ain’t bad either. Steven Diamond is the coroner’s criminalist, and he’s the knife expert. Detective Don Harrelson is part of Bailey’s team. Scott Ferrier and George Harrison are coroner’s investigators; Scott is Rachel’s “friend with benefits”. Dr. Graciela Vendi is the coroner assigned to the case. Dr. Sterling Numan is Dorian’s contact when she needs to know about soil and plant samples. Tim Gelfer is the DNA expert who gets shafted on the stand; Barry Feinstein is his boss. Cliff Meisner is the head deputy of the computer crimes section. Leo Relinsky is the fingerprint expert. Barbara Meyerson is the cell phone records custodian. Officer Evan Kowalski does some knock-on-doors, and Officer Bander is with the Airport Division. M. Parkova is a Russian master hacker, the ex-con head of an international cybergang.

The Antonovich entourage
Sixteen-year-old Hayley Antonovich is the daughter of a mega-famous director, Russell Antonovich. She gets away with murder because her dad is guilty. Dani is Russell’s second wife; Raynie is his first and Hayley’s mother. Angela Mosconi is Dani’s assistant. Uma is Russell’s assistant; Jeff is a runner and sometimes an assistant.

Vera is the cook. Duncan Froehman is security. Sophie and Frankie are maids. Maria Sosa is the housekeeper at Russell’s party house in the Hollywood Hills. Annabelle is the interior plant designer. Shakti Schwartz is Dani’s trainer and yoga instructor. Lee is his driver.

Mackenzie Struthers is the “poor”, new girl at Clarington Academy prep school, and she and Hayley are best friends. Brian Shandling is Hayley’s boyfriend of whom Mackenzie is jealous.

Amongst Hayley’s best friends, Jordana Bloom plans to be a pediatrician and help in underprivileged neighborhoods, another is aiming for a career in green tech, and one has volunteered with WHO and plans to join the Peace Corps. Says a lot about a girl with friends like these… Brittany Caren, the temperamental actress, is another best friend who has fallen off the rails. Patricia Caren is the nightmare of a mother. Dr. Shepherd is her therapist. Valerie is her dresser.

The defense
Beldon Castleman is Averly’s NY lawyer, as a favor to Donald Wagmeister, “one of the most high-priced lawyers in Los Angeles”. Terry Fisk will become Averly’s LA lawyer. Owen Poplar is one of their paid-for “experts”. Dr. Anthony Kandell is their DNA expert. Suzanne Forester is one of the Las Vegas witnesses and a union worker.

Tommy Maher was a writer on Circle of Friends, a TV series that Antonovich co-produced. Estelle was Tommy’s wife and they had a son, Brian. Tommy’s sister, Janice, is an author in upstate New York; Elden Brademeyer is her agent. Ned Junger is head of security at Warner Brothers Ranch Studio. Franklin Yarberger is a guard at Russell’s current studio; Pete Toker is head of security. Chuck Viener is the head of the studio.

Mr. Gardanian is Brian’s landlord. Iris Stavros is a neighbor. Legs Roscoe is the computer hacker, he’s finishing his Ph.D. in neuroscience, at the cybercafé. Stephen Wareby is a security guard at the jewelry store where Adam Meisner is the stand-in manager. Dominic Rostoni is a white supremacist gang leader and a successful custom motorcycle dealer. Stuart Connor is in New York with Hayley’s iPad. Jack Averly is a dope dealer and production assistant.

The press
Andrew Chatham is with the National Inquisitor. Benjamin at KRFT radio spills the beans.

The Biltmore Hotel
Rachel’s been upgraded to a two-bedroom suite. Sure makes it easier for the girls, lol. Angel is the doorman at the Biltmore; Gregor is head of security. Desiree is a “flamboyant cross-dresser whose visuals Rachel enjoys.

A Special Master is a lawyer who’s an expert in legal privileges. S/he’s called upon when the files of another lawyer or a psychiatrist may be required. Harvey Gish was Rachel’s mentor, and he taught Rachel some very important tricks. The best one was “keep quiet”.

The Cover
The cover seems appropriate with its Christian Louboutin shoe and a bullet against a white background.

Hey, it’s Hollywood, of course there’s Killer Ambition all over this town. 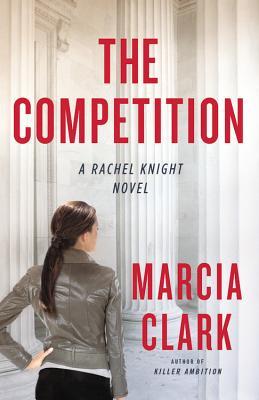 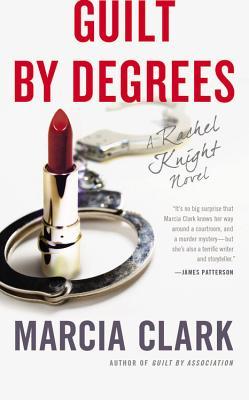 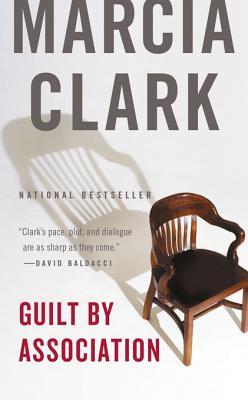