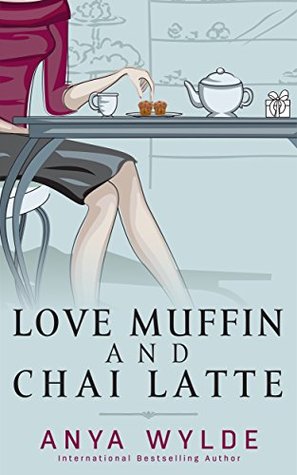 
First in The Monsoon funny contemporary romance series and revolving around India and its culture. The focus is on Tabitha Timmons, Chris, and Dev.

It’s silly, funny, and a dive into Indian culture. It’s also a tale, or perhaps I should say, a lesson in love. Deserving it. Finding it. Recognizing it. All told from Tabby’s perspective in third person simple subjective point-of-view.

A secondary conflict is the estrangement between Daaji and his oldest son…and a grandson’s anger toward his grandfather. More tension comes with Tabby’s rapidly lowering bank balance, although Tabby’s clumsiness does “help”, and Chris’ behavior. Oy.

The characters are wonderful — I adore Love Muffin’s family! Even though Chris is the most amazing jerk, and I cannot believe Tabby doesn’t see it. His parents are incredible, and how they ever produced a person like him, I cannot imagine. For they’re no dummies.

It is pretty funny how lost Tabby becomes in Indian culture, the food (yum!), and male expectations. Fortunately, she is a compassionate woman who is always trying to help, and it goes a long way toward the family being so amazing and welcoming. It’s so sweet!

Humor-wise, there’s Tabby’s uncomfortable screw-ups, Maya’s attempts to get Cuckoo to not want to marry her, and the joy of the Mansukhani family and their interactions with each other.

What irritates me about Tabby is her lack of thought and whininess. Why didn’t she simply put her stuff in storage if Chris was helping her move? Why marry someone who is so clueless about your tastes? Who is so demanding? Why did Tabby have no choice but to leave America? I mean, really?? Why would Tabby want to marry someone so critical of her?

If Becky is a psychiatrist, why does her secretary refer to her as “Miss Penrose”? With the initial attention on Tabby’s new haircut, why don’t we hear more about it throughout the story? What was with that storytelling Tabby was doing after her monkey man encounter? Then there are the weird issues with capitalization, the word confusions, confusion over when a word is plural and when it should be possessive, as well as the usual issues that I keep finding in too many published books: the missing articles, the wrong word used, etc.

Life keeps falling apart for Tabitha Timmons. Her cheating, glue-sniffing sister, her family, her job, her apartment…gone.The only bright light is the handsome and wealthy boyfriend who has just proposed.

It’s a Tabby who’s desperate for love, willing to take on a foreign culture, and travel to foreign climes. Until she discovers the truth of love.

Tabitha Lee Timmons finds comfort in clothes that had belonged to her mother, father, and sister. Especially after she loses her job as a baker. Maryanne is her cheating bitch of a sister who stole Tabby’s fiancé, Luke Hogwood. Gerry is one of their kids. Their mother died when Tabby was fifteen. Becky Penrose is a psychiatrist and Tabby’s best friend. Louise is her receptionist. Mr Adams is one of her wealthiest clients.

The amazingly selfish (and stupid) jerk, Chris, a.k.a., Chandramohan Mansukhani, (his family calls him “Chintu”, “Chris” is for his friends, and “Love Muffin” to Tabby, also Krishnamohan and Chandra Mohan), supposedly works for that branch of the family toothpick factory in London. Maya is his amazing sister (her mother-in-law-to-be already calls her “Cookie”), who wants to be a fashion designer.

Daaji is their autocratic grandfather who holds the financial reins from his home in India. Nani is their grandmother. He has three sons, two of whom run the Pick and Flick toothpick factory that is the source of the family fortune. Tayajii is the oldest son who has been cut off from the family due to his own dreams. Dev Mansukhani is Tayajii’s son, a revered national hero, and a compassionate political journalist, who refuses to acknowledge Daaji. Mr Mansukhani is Chris and Maya’s father and the middle son who runs the business from London. Chachoo Mansukhani is Daaji’s youngest son.

Anyone close to the family — which extends to third cousins and more — is an “aunty” or “uncle”. Dinky is Chris’ cousin with a holiday home. On Dad’s side of the family: Gayatri Aunty Malhotra is his sister. Mintu Singh is a cousin brother; Honey is the eldest cousin; Mrs Charu Dayal is the tattooed aunty; Dolly Aunty seems to run Daaji’s household; and, her daughter, Gunjuan, is whom Chris was supposed to marry. On Mom’s side of the family Meena is a sister.

Cuckoo Singh is the man who owns a toothpaste factory and is engaged to Maya. Chapal Wale Babaji is Daaji’s guru who lives in Dehradun, India. Mr and Mrs Khanna are retired and old friends of Nani’s; they own what sounds like an old hunting lodge.

Mark is someone Chris knows. Lily is a hairdresser. Mr Chopra is a bully. There is an organization that helps educate homeless girls like Chameli. Payal works there. Bullu Gupta.

The cover is cold pastels with a spare graphic sketch. I’d’ve thought rich colors would have been more in keeping with a tale about India. Tabby is sitting at a gray table with curved legs, and wearing a maroon cowl neck sweater, as she reaches for a muffin. A cup and teapot are on the table. The background is the sketch suggesting a bakery with its displays…along with a shadow from Tabby’s legs.

The title is all about Tabby’s second love and all-time love with her Love Muffin and Chai Latte.