For the seven years after Operation Slam Dunk went south, Mike Brown got drunk on each anniversary. The eighth year was no different--until he was drugged by a woman and woke up to her questions about what had happened eight years ago in Afghanistan. CIA attorney Eva Salinas has her own theory behind what happened to Mike's team--which included her husband--in Afghanistan eight years ago, and she's determined to prove foul play. Though she doesn't trust him, Mike is the only person she can turn to for help. Under an assumed name, Eva convinces Mike to assemble a new team and go after the traitor who screwed up both their lives. As they track down the rogue who started it all, Eva and Mike discover they can't live without each other. But can they stay alive while an enemy is still on the loose?

Also by this author: Running Blind

My Take
Y’all’ll excuse me for thinkin’ this was a continuation of the BOIs…part wishful thinking, and part due to some of the BOIs characters showing up and helping out.

It’s a very useful introduction to this series as it both helps Mike settle an old issue, introduce his “new” teammates, and set us up for number two in the series.

I did enjoy the suspense Gerard kept me in at the start. I wasn’t sure who the bad girls were for several chapters! I had a hard time buying Mike crumbling so fast. Maybe if he’d still been drunk… And what’s with Eva feeling that she needs to hide everything? Oddly enough, I did buy how Gerard dragged Mike back into the game. He resisted well, right up to the point where he stopped.

It’s no insta-love. Well, okay, it is, but they each are battling it, ‘cause they don’t believe in insta-love either. I can buy their falling in love; I don’t buy Stingray’s reactions. It’s too out of character for his character-type, and I wish that Gerard had either spent more time on making it believable or left it off completely.

Love that line…
“It was Opie Taylor meets the frontier Stepford wives.”

Mmmm, Lawson is too typical of the stereotypical nutjob running his own cult. Of course, the typical guy to run this sort of thing usually is that kind of nutjob…

I’ve figured it out. It’s the trash talkin’ I adore. That bit toward the end when Taggart wants that group hug? Too funny!

I suspect I’ll love the One-Eyed Jacks series as much as I loved the BOIs, if only because Gerard is simply carrying on with what she started with Black Ops, Inc. with her compassionate, deadly, and hugely handsome men.

The Story
It’s Mike “Primetime” Brown who gets shanghaied by a hot pepera girl. Turns out she’s a grieving widow who got slipped a file on a military cover-up that ended up with her husband dead.

The file claims it was Mike hotdogging it and ignoring orders that caused the snafu. And Eva is determined to force him to admit it all. Then she’ll figure out who’s tailing her.

The Characters
Mike “Primetime (‘cause he’s so Hollywood-gorgeous)” Brown is a Navy pilot hotdogger—and per his file, a coward at heart. He met the BOIs through Task Force Mercy (see Show No Mercy), BOI, 1. He has a brother Ty, but hasn’t seen much of his parents.

Eva Montoya Salinas, a.k.a., Emily Bradshaw, a.k.a., Pamela Diaz, is efficient and wants to be cold, after all, she’s out for revenge for her man. In regular life, she’s an attorney for the Office of General Counsel for CIA. Both parents are attorneys; her dad with JAG.

Former Marine Jamie “Hondo” Cooper is back to modeling in Australia and Special Forces Sergeant Bobby “Boom-Boom” Taggart is back in Afghanistan as a private contractor.

The BOIs, Nate Black’s covert ops group
It’s been a year since Mean Joe Green and his new wife, Stephanie, needed Mike’s help in Sierra Leone (Last Man Standing, BOI, 7). Gabe “Archangel” Jones will provide a safe house; his wife, Jenna, and their 18-month-old daughter, Ali, are enjoying a weekend with Amy and Dallas Garrett (Into the Dark, Bodyguard, 6).

Jane Smith is a cool, professional assassin who always gets her man. In bed, that man is Stingray, a frequent employer of her services. Barnes is his cyber-security guy.

Joseph Lawson founded United We Denounce, “a radical militia survivalist group that denounces all allegiance to the U.S. government”. His compound is located in Idaho. Barry Hill was his very efficient second-in-command who is doing prison time. Simmons, Wagoner, Bryant, and Bucky are some of his not-too-bright men.

La Linea is a drug cartel.

The One-Eyed Jacks were a multibranch military task force that ran from 2002 to 2005 made up of Staff Sergeant Sonny Webber, Ramon Salinas, Smith, Wojohowitz, Brimmer, Johnson, Crenshaw, and their Commanding Officer Henry Brewster with his aide, Peter Davis.

The BOIs have recently relocated from Buenos Aires to the States. Luckily, as Mike will be calling on them for help.

The Cover
The cover is the usual hot military guy against a subdued deep purple background. This one is tanned with a white ribbed tank top, aviator sunglasses in place, dogtags dangling, and one arm out to the side, holding a gun. He’s ready for action. Of all sorts.

The title is what Mike’s been doing for the past eight years, Killing Time. 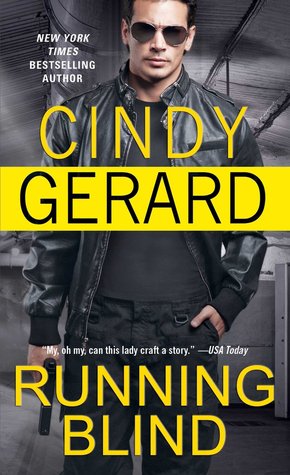