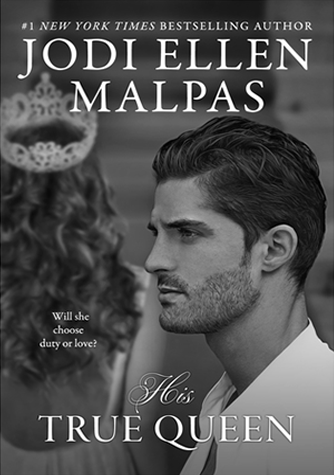 This book may be unsuitable for people under 17 years of age due to its use of sexual content, drug and alcohol use, and/or violence.
Buy on Amazon
Goodreads

This ARC was sent to me by NetGalley and the author for an honest review.

The story idea was cute but so bogged down with all the whining!!! Then there’s Josh and his inability to think of anyone but himself. No, I get the point that I’m supposed to believe he is so madly in love with Adeline, that he doesn’t care about anything else, but he’s constantly making her life so much more difficult. As a hot, sexiest-man-alive Hollywood actor with his own publicist and army of bodyguards, he should at least partly understand her problems.

Yeah, Malpas using first person protagonist point-of-view from Adeline’s perspective ensures that we know how helpless Adeline is whenever she sees Josh, the puddle of lust into which she melts, unable to think. The sex…the spanking… And it certainly puts a twist on how one thinks of a queen.

As for how much Josh loved her…oh, I melted. I could see another reason for Adeline to love him, that he loved her for her. Although Malpas didn’t give us other than these two reasons for why they loved each other. I’m thinking back over the story and can’t really remember any shared interests other than the sex and Adeline “getting it” that he loves her for her.

Now my understanding of bastardy and illegitimacy is that a child born within “holy wedlock” is the child of the husband. Unless the husband repudiates the child. I can, of course, understand the character’s anger and frustration over the sudden reveal, and I do understand the why of going on that drinking binge. And I really can’t whine on about this because Malpas did slide her reasoning as to why the family decision affected him as it did. It just rubs me the wrong way…and mostly, probably, because the whole story itched at me. Then there’s the reasoning about David. Why is bastardy only working one way?

I have got to wonder if Malpas ever heard of that “heir and a spare” saying? Why would a Spanish princess assume that one legitimate son was enough, and that she could fool around now? Why is the Heir Apparent not the Heir, and why isn’t he the Prince of Wales?

The good bit is that underlying theme of standing up for yourself and not being a sacrifice. No kidding! Of course, I never did understand why Josh was such a horrible choice. Yes. He’s a Hollywood actor. Yes. She’s the Queen of England. Probably needs to get some outside blood into the family. And if she’s supposed to marry to protect the throne, why would Haydon be such a great choice? Don’t royals usually marry foreign royals to cement relations? And look at Harry marrying Meghan? She’s an actress. And, and, and, “oh my gosh”, biracial… *please note the sarcasm!*

Yeah, I was annoyed about that break-up too. How can Adeline not think of this at the time?? It jumped out at me, so I figured I’d keep reading and eventually Adeline would “get it”.

Another whine on my part is more of a mechanical nature. When I opened up the eARC, I kept paging forward trying to find the beginning. When I tried to find the Table of Contents, all I got was the Epilogue. So, finally, I start to read that epilogue (the only entry in the TOC), and as I’m reading, I kept expecting to be taken back to the beginning of their romance, so imagine my surprise when it ended so abruptly.

I was very annoyed and about to write a scathing review, when I suddenly thought to think. Yeah, who knew you had to think about thinking??? Those (primarily) two- and three-line paragraphs in the epilogue (with all the interruptions of the author’s name or the title), paragraphs that were actually part of the sentence in the previous chunk of paragraph…that was the same formatting in the front of the book. Maybe I hadn’t missed the start…well, actually, I must have missed the start. I had thought all those little chunks were part of the usual front matter of *gush, gush, praise, praise*, so I stopped reading them, paging forward to try to find the start.

So I went back. I carefully paged forward, a swipe at a time. Looking. Hunting. And I found the start! How annoying is that!? And if you’re going to list an Epilogue in the TOC, why isn’t the rest in there?

So, back to the actual story, with the plotting, lying, and scheming that goes on so horrendous. The Royals are merely puppets with their advisors essentially doing as they please.

So, who should read this? Anyone who likes lots of sex and spanking…

A cruel turn of events rips Josh Jameson’s and Princess Adeline’s worlds apart, and Adeline is more bound than ever. Trapped by the dictates of tradition and protocol, she must put her love away.

Yet Josh refuses to lose the woman he loves.

Adeline Catherine Luisa Lockhart is the woman who wants not to be Queen Adeline the First. Damon is the head of Adeline’s security. Adeline’s personal staff includes Jenny as chief lady’s maid (I think) and Olive as maid. Kim is her secretary. Stan and Spearmint are her horses.

The thirty-three-year-old Edward is her only remaining brother and is now the Fallen Prince who “steps down”. Mother, a Spanish princess, is now the widowed Catherine, Her Royal Highness the Queen Mother. Mary-Ann is Mother’s chief lady-in-waiting. Victoria, the Duchess of Sussex, is Adeline’s father’s sister. She and her husband, Phillip, HATE Adeline. Matilda is their daughter and is friends with Adeline. Matilda is dating Santiago, an Argentinean. Uncle Stephan and Sarah are on Adeline’s side and make it very apparent, lol. Prince John had been the Heir Apparent. Alfred had been king, Adeline’s father, and Catherine’s husband. Princess Helen, the Duchess of Oxfordshire, is now a pregnant widow.

Josh Jameson is a Hollywood actor. His father, Senator Jameson, was a friend of the late king’s. Bates is in charge of Josh’s security and is a friend of Damon’s. Tammy is his ticked-off publicist.

Royal Aides and Friends
Major Davenport had been the late king’s best friend and personal secretary; he’s recently acquired a dog, Cathy. Sir Don is the late king’s chief advisor and Lord Chamberlain, and David Sampson had been another of the king’s advisors. Doctor Goodridge is the Royal family’s physician.

Sabina Sampson runs the Royal stables, now that her husband, Colin, died. David is her son. Haydon Sampson is her grandson.

Claringdon Palace is…
…Royal government central and the official home of the reigning monarch. Sid is the Master of the Household. Gert is an old-school maid. Other royal palaces seem to include Evernmore and Kellington, which is Princess Adeline’s home. Dolly is the cook.

Gerry Rush. Hallie Green makes appearances at a gentlemen’s club and is a favorite of third-rate newspapers. Madame Beaumont makes wedding dresses; Frances is one of her assistants. Mr Hinde is the director of the Royal Ballet.

President Ed Twaine is the leader of the United States and married to the surprising Melitza. Tia Piper is a really hot actress.

The cover is a black-and-white photo of Josh in profile, facing left, and is a perfect complement to the cover of the first story. In the background we see the back of a woman wearing a tiara, her long hair curling down her back with a blurry background of stone stairs. All the text is white and starts with an info blurb is at the very top with the author’s name under it. A story query is to the left of Josh’s chin, and the title is centered at the bottom.

The title is all about Josh’s real love for His True Queen.