First in The Negotiator urban fantasy series and revolving around Margrit Knight, a lawyer with ethics in New York City.

The Heart of Stone is all about justice with Murphy using Margrit’s love for running as a metaphor for Grit running into trouble. That she runs at night in Central Park shows her as unfearing and willing to run into trouble rather than away.

It’s spooky the places from which Grit’s stalker keeps an eye on her.

Murphy uses third person global subjective point-of-view, primarily from Margrit’s perspective with Alban a second. Some of the other characters have their own thoughts and actions. It’s those perspectives that show how Grit’s and Tony’s professions/causes create such issues between them. It does make sense, but it’s still sad. Part of their trouble is Tony’s male view of how a relationship works as well as those pokes of his about her being a defense lawyer.

Oh, boy. Alban’s abilities create all sorts of havoc between Grit and Tony, which creates some useful conflicts. Of course, I’m not thinking much of Tony for how he uses Margrit. Jeez.

I do like Margrit’s attitude about people, her inclusivity based on her own experiences.

It’s an interesting story to read and yet too easy, a slow pace with plenty of holes, from the possibility of that tracking device, some of Janx’s actions, Grace saying Margrit is knocking down her building, revenge for exposing the speakeasy, Cara disappearing, a gargoyle active in daylight, why Hajnal was kept as she was, and why he’d want a psychopath to survive.

I did find it interesting that these bad guys find Margrit so compelling, and it’s the only reason I’d be curious to read more.

She’s a hero. Margrit Knight spent years campaigning for an abused woman to be granted clemency, and now Grit shines in the public eye. It also makes her a target for others with hopeless causes, including an accused serial killer and a squatter whose building is suddenly targeted for demolition.

The search for the truth will take Margrit into some truly terrifying places and meeting with those from an unexpected world.

Margrit “Grit” Knight, a mixed-race lawyer, blames her crusading spirit on the college she went to. Yep, she works for Legal Aid. Her mother has an MBA and is a corporate finance manager; her father is a doctor. Cameron Dugan, a.k.a. Cam, who works at a gym, and Cole (he loves to cook) are a couple and Margrit’s roommates.

Alban Korund is a lonely gargoyle, an outcast, escaping a truly sad past. Hajnal Dunstal had been his gargoyle wife. Biali, another gargoyle, hates Alban.

Tony’s sister Anita is about to open a flower shop; Anne-Marie, a.k.a. Amie, is a therapist with a troubled son; and, his sister Ana, a.k.a. Anaconda is thirteen.

Legal Aid
Russell Lomax is the head. Mark is the night guard. Nichole has a speciality in housing situations. Luka Johnson was sent to prison for murdering an abusive boyfriend. She has two daughters. Cara Delaney, a squatter, has a three-month-old daughter, Dierdre.

The House of Cards is . . .
. . . a gaming den in East Harlem. Janx is the notorious criminal owner. Ebul Alima Malik al-Shareef di Nazmi al-Massri, a.k.a. Malik, is Janx’s malicious doorman? bodyguard? assassin? Patrick is another who works for Janx.

Trinity Church is . . .
. . . the third church of its name. This latest was built by Richard Upjohn in 1846, and he’s a friend to Alban. John Atkinson died in 1799. The Ludlums and the Waldens are also there.

Chef Vern is Cole’s boss. Holly Perry is an on-air reporter for Channel Three; Jim is a co-worker. Nerieda Holmes is a witness to an attack. The Blue Room is a night club. The pimply Ira is their IT guy. The Old Races include djinn, who are of air with a preference for the desert; dragons, who are fire from volcanoes; gargoyles, who are stone who like mountains; vampires, who seem to not be from this world at all; and, selkies, who are of water — all beings who took a different evolutionary path. Those who died out include the yeti and siryns.

The cover has a stormy sky of greens and yellows with lightning striking the tip of the Empire State Building. In the forefront is a leather- and denim-clad Grit, her long dark hair blowing in the wind as she stands high on the ledge of a skyscraper with the smaller gargoyle statue resting to her left. The minimal text is all in white with the distressed author’s name at the top and the title starting at Grit’s hips.

The title is all about Alban, who has a Heart of Stone. 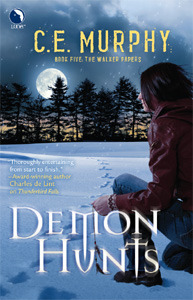 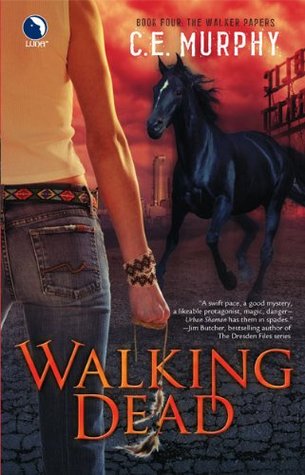 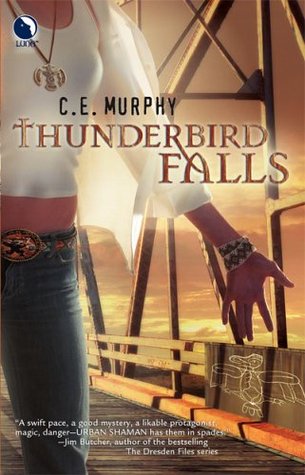