Third and last in the Crescent City arcanepunk fantasy series and revolving around Augustine Robelais, the fae Guardian of New Orleans in 2068.

It’s a lesson in why betrayal doesn’t work, why politicians are the scum of the earth…and that your karma will catch up with you. Bwa-ha-ha… Now, helping others is a whole ‘nother thing.

I had thought Garden of Dreams & Desires was third-person subjective (from Augustine’s point-of-view), but I suspect it’s more third-person omniscient since we do get a glimpse into the heads of some of the other characters. Now and again. It’s a surface-ness that is consistent with how shallow the story is. Shallow you may ask, as you want to scream with frustration at the power-mad moves made by the bad guys in this? But Painter has made them so stupidly bad with so little finesse that…yeah…shallow.

My biggest problem(s) with Garden of Dreams & Desires is that it was all too easy. Pellimento’s power within the city makes no sense. Augustine’s mother. Prime Loudreux’s situation. What? Was Painter in a hurry to tidy everything up?

Yes, I enjoyed settling in to how everyone ends up, but it’s almost as if Painter had a checklist with a quick sense of how the characters were supposed to end up, which made it unsatisfying.

Detective Grantham gives Augustine the heads-up about tourists disappearing in New Orleans, and Senator Pellimento is the only reason Augie gives it any thought.

His biggest concern is Harlow, and the evil twin who possesses her.

Until Harlow is kidnapped and Augustine discovers where all those souls are going and the threat it poses to all the fae.

Augustine Robelais is shadeux/smokesinger fae and Guardian for the city of New Orleans. His mother despises him and lives in the Ursuline Convent.

Harlow Goodwin has finally accepted those fae abilities she’s been using. The preening, self-absorbed Ava Mae is her dead twin, possessing Harlow. And she has her own agenda. Tulalie “Lally” Hughes is both housekeeper and best friend to Olivia — and keeper of the lightning tree. Olivia Goodwin was their mother, haerbinger fae, and a movie star, now trapped on the fae planes. Joseph Branzino was Harlow and Ava Mae’s nasty father.

The Elektos is…
…the ruling council for the fae in New Orleans with the Codex their law book. The Pelcrum in Lafayette Cemetery Number One is their headquarters. The council includes Fenton Welch, liaison to the Guardian; Yanna Quinn, an ignus fae; and, Salander Meer, a saboteur fae. Cylo Greaves, an ethos fae, has a thing for Star Alliance; Dulcinea is a mix of fae and varcolai; and, Sydra, part saboteur fae, are Augustine’s lieutenants. Rat and Guz are a couple of goblin fae who help out on an as-needed basis. Dr. Carlson is a fae medic.

Hugo Loudreux is the Prime, leader of the Elektos, and he despises Augustine. Blu is his bodyguard and Augie’s half-sister. Rue is the daughter Harlow rescued.

Beatrice is the pregnant widow of the last Guardian. Nekai is a weaver fae. Renny is a gator shifter, Dulcinea’s sometime boyfriend, and a bartender at Belle’s. The Claustrum is a horrible fae prison on the fae plane.

Giselle Vincent, a crystal-empowered witch, is the new high priestess of the witches of New Orleans, the Coven of Thirteen…now that she’s killed her father, Evander. Zara Vincent is her sister, a green witch who gains her power from plants. Ian Dufrene is a witch who uses pain as his source of power, so it makes sense that he’s a tattoo artist with his own shop, the House of Pain.

Trent is the latest foreman Giselle hired to redo her father’s house.

Robbie Pellimento is the spoiled son of the rabidly bigoted Senator Irene Pellimento who will do anything to destroy the fae. Sutter is the unprincipled head of her security guard. Nguyen is in charge of the cinematography.

The ruina vox was the chaos spell, the Vincents’ mother died trying to use, to destroy the fae. Varcolai are animal shifters.

The cover is a fantasy all itself with its blue waters and the purple haze rising up to a lilac veil over the full moon that is centered between the gateposts of a wrought iron gate. Purple flowered vines rise up the sides, framing the red-haired Giselle, as she drops into those waters.

The title is Giselle’s plans for her sister’s Garden of Dreams & Desires. 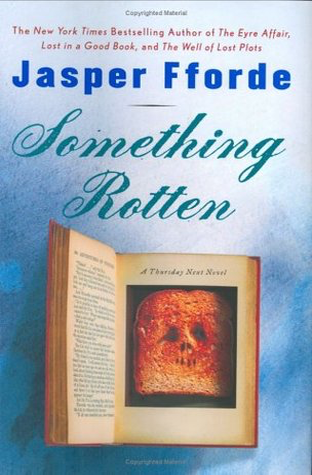 6 responses to “Book Review: Garden of Dreams and Desires by Kristen Painter”