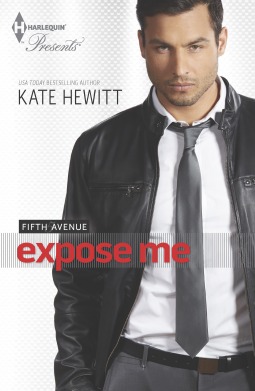 With ruthless determination, Alex Diaz has risen up from his deprived roots to become the head of a global media empire. But he has one last thing to achieve…avenge his friend by destroying the man responsible for her death, Jason Treffen. With stunning talk-show host Chelsea Maxwell about to interview Treffen live on TV, this is Alex’s chance.He’ll use her show to exact a very public revenge—and seducing Chelsea, if needed, would certainly be no hardship. But he underestimates Chelsea and the attraction between them, and as their relationship deepens, Alex realizes that to annihilate Treffen could also shatter the life that Chelsea has built to protect herself.

Also by this author: A Yorkshire Christmas

Third and last in the Fifth Avenue Trilogy romance series revolving around a few friends seeking revenge against Jason Treffen. This story concludes the trilogy with the friend focus on Alex Diaz with Chelsea Maxwell as his romantic counterpart.

My Take
…one which I enjoyed very much. A strong woman who is broken and struggling to rise above it up against a man who also fought his way up, both with an end goal they are determined to reach.

“She never denied anything. Denying rumors put you on the defensive, and ended up just stoking the fires of gossip higher. “

I love that they’re both so attracted to each other and struggling so hard to ignore it. Chelsea has her issues, and she is determined to not give in to a man. Alex sees a woman who’s used her body to get where she is. Both are so wrong about the other.

I love that they’re both intelligent, both determined to use and leave the other wanting, both working toward an end goal that is important to them.

Hewitt does do a beautiful job of teasing us along, dropping bits and pieces about their lives, why Chelsea is so cold, the attack, what caused Sarah to commit suicide, about Treffen. She drops those hints, tugging us along the trail, making me more and more desperate to find out what happened and what will happen.

I had a few niggles about Alex’s character. As we progress further into the story, I can better understand Alex’s reaction in the car when Chelsea slipped and bumped her head, but any guy leaves me like that, I’m outta there. Then I gotta wonder about an intelligent man like him not considering how Chelsea would react. He claims he’s done his research, but obviously not enough. I’d’ve liked to see Hewitt play up his angst getting in the way on that one.

For all that it’s unreal in how these two people managed to claw their way up to the heights they currently embrace, there’s a reality to the emotions in Expose Me. Alex keeping himself safe. Chelsea desperate to stay in control after events in Alabama. Louise with her clang of a confession. And it’s a courtship that develops slowly, reluctantly. It too feels real.

Oh, that scene where Chelsea tells Alex that she “wants someone to think I’m worth it” will break your heart. Then the scene where she’s interviewing Jason Treffen. I held my breath through some of it, my heart racing, my mind jumping up and down, cheering. It was beautiful!!

Now I want to read Avenge Me, 1, and Scandalize Me, 2. I want to wallow in how they make their plans.

The Story
Alex needs Chelsea Maxwell for the final nail in Jason Treffen’s coffin — public exposure, and he’s annoyed when she sees through his ploys. Considering who and what she is, he has every confidence she’ll jump at the chance to work at Diaz News.

And he’ll lie, cheat, or bed Chelsea to ensure Treffen is exposed for what he is.

Chelsea, on the other hand, intends for this interview with Treffen to be her springboard to serious television. There is no way she’ll play games with her chance to be a serious, respected journalist.

The Characters
With the reputation for revealing a guest’s innermost pain, Chelsea Maxwell, the former Aurora Jensen, is the host of the number one daytime talk show, Chats with Chelsea. Professor Louise Jensen is her long lost older sister. Their mother, Diane, had been obsessed with Chelsea and beauty contests when they were kids, a beautiful child mama’s boyfriends lusted after.

Alex Diaz has worked hard to build his communications empire, and Diaz News is at the top in the nation. Now he and his friends, Hunter and Austin, are determined to seek justice for a friend. Sarah Michaels was a young law intern who committed suicide over sexual harassment. They were wrong. It was so much more. Eric is Alex’s driver. Beatriz is Alex’s mother. Aunt Patricia is his mother’s sister.

Katy Michaels is Sarah’s sister, and she’s helped Austin Treffen expose his father to his family (see Avenge Me). Hunter Grant is working on getting him out of the law firm (see Scandalize Me) with the help of Zoe Brook, the PR queen of New York.

AMI Television
Michael Agnello is Chelsea’s boss and said to be her lover. Paul Bates is AMI’s leading news anchorman and a total jerk. José is one of the security people at the studio. Miles is her producer. Sonya is her makeup artist.

Jaiven Rodriguez is a friend of Alex’s from the old neighborhood who slugged his way up and out of his childhood.

Publicly Jason Treffen has a reputation for protecting women’s rights; privately… Eric is his lawyer.

Brian Taylor was the domineering jerk from the local news station in Huntsville, Alabama, where Chelsea learned to never let a man in.

The Cover
The cover is a pale gray background with a casual looking Alex in a loosened tie, button-down shirt, slacks, and a black leather jacket, looking intently out at us. He’s determined.

The title is about revealing inner secrets, inner shames, things a casual lover doesn’t want to hear, and in the end, it will Expose Me. 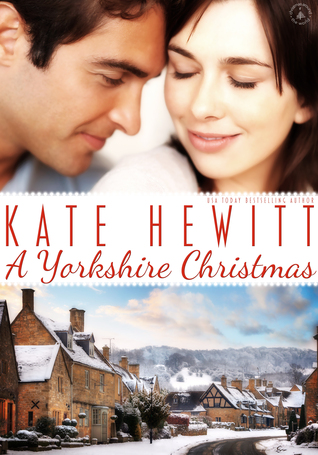 6 responses to “Book Review: Expose Me by Kate Hewitt”