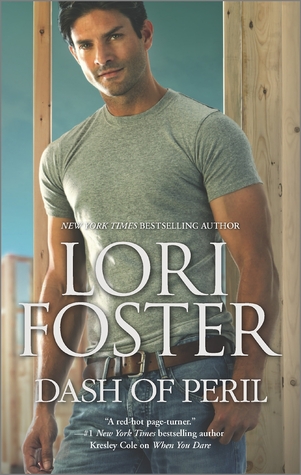 
Fourth in the Love Undercover romance series and revolving around cops in the same department and the people they’re close to in Warfield, Ohio. The couple focus is on Lieutenant Peterson and Dash Riske.

It’s a warm and cozy romance that is mostly about the sex, but Foster does provide a good story to hold it all together. While it escapes insta-love when we learn that Margo “used” Dash as part of her undercover role back when it was officially sanctioned, it still feels a smidge too “insta” on Dash’s part. To be fair, Foster does give us good reasons for why he’s fallen in love.

It’s understandable that Margo has to be so very careful in her love life, particularly when we find out her preferences, lol. It makes for an interesting blend in her relationship with Dash, and he’s so great at respecting her professional life and her taking charge, gun out and all. There are some instances where he falls back into the typical male protection mode, but he soon works it out. Margo appreciates Dash’s capabilities and strengths as well. That Dash can differentiate between Lieutenant Peterson and Margo.

How is it that Curtis believes that if they kill the lieutenant that the police will back off? Doesn’t that usually motivate the cops to hunt the killer down?

”’Find me a woman,’ Curtis ordered.

’Personal use, or for a project?”

Margo’s parents are…jesus…another pair who shouldn’t be licensed for children. Cold, judgmental, selfish. And that’s the good side. You will never believe how her parents react to her accident and injuries. I do love how Dash stands up for her. But we never do find out why her parents weren’t happy having a daughter. Then there’s that comment West made: “I’m done keeping quiet about things. It hasn’t helped and in fact has only made matters worse.” I am really curious as to what he means.

There is a bit of back history on what inspired Cannon to protect his neighbors. Why the gym is important to him. Talk about a good guy…

Oh, lol, I love the implication of that ending, with Dash joining the wives at their table and Margo joining the boys at the bar. It’s so perfectly them and so very appropriate…

”Respect comes in all shapes and sizes, honey, and you know it.
It includes caring about boundaries, about desires and demands.”

It’s a dark time for Margo until Dash inserts himself into her life and shows her a dark side of his own that may well match her own. It’s that slow-burning sexiness beneath Margo’s tough façade that drives Dash crazy. And as their mission takes a lethal turn, he’ll have to prove he’s all the man she needs — in all the ways that matter…

The ballbusting Lieutenant Margaret “Margo” Peterson has worked hard to head up her department. Oliver is the blind cat she rescued. Her mother, Marsha, is cold and standoffish. Her father, Martin, is a schmuck of a bully with a huge chip on his shoulder. And I do mean HUGE. He was also chief of police before he “retired”. Her brother, West, is also a cop, head of the Drug and Vice Investigation Unit, and I don’t know what to make of him.

Dashiel “Dash” Riske is Logan’s younger brother, and unlike his brother, is very interested in Margo as a woman. Both brothers are wealthy but prefer to work; Dash has his own construction company. Detective Logan Riske is friends and partners with Detective Reese Bareden. Reese is married to Alice (Bare It All, 2); in Getting Rowdy, they took in Marcus. Logan is married to Pepper (Run the Risk, 1).

Dan Ford is the police commander and Margo’s boss. There’s a very iffy relationship between these two. Karen Ford is his ex-wife. Williams is the fire chief.

Getting Rowdy is…
…Rowdy Yates’ bar (Getting Rowdy, 3), a former con man who has become friends with a small group of cops. His wife, Avery, is his bartender.

Cannon Colter, an up-and-coming MMA fighter, is a young man concerned about protecting his neighborhood. He’s started a gym to get at-risk kids like Leo off the street. Armie Jacobson is a fighter who’s good with kids. Simon Evans and Dean “Havoc” Conor are famous in the MMA fighting world. Drew Black owns SBC Fight Club.

Tipton Sweeny runs a pawnshop. His granddaughter, Yvette, helps out and has a crush on Cannon. Dr. Westberry treats Margo after the T-boning that provides Dash his opportunity.

Curtis, he thinks his wealth allows him to do as he pleases, and Saul Boyle are brothers with perverse interests. Toby is the third man in their crew. He thinks it’s sexy to force a woman, makes him feel like a man…gag…

The cover is Dash in a gray, fitted T and blue jeans against a bright blue sky, and framed by the stud walls of his latest construction project. The author’s name and title is in an embossed silver.

The title is the risk they both run, it’s a Dash of Peril on both sides of that coin. 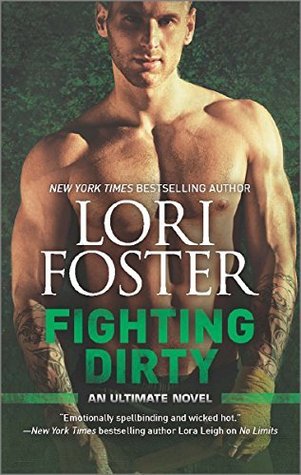 4 responses to “Book Review: Dash of Peril by Lori Foster”