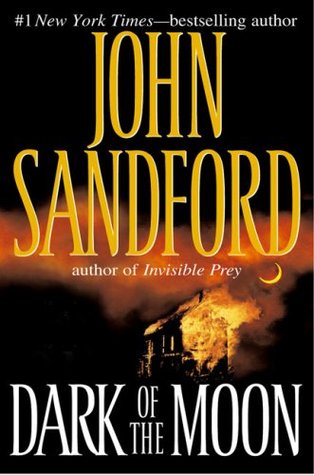 Virgil Flowers — tall, lean, late thirties, three times divorced, hair way too long for a cop's — had kicked around a while before joining the Minnesota Bureau of Criminal Apprehension. First it was the army and the military police, then the police in St. Paul, and finally Lucas Davenport had brought him into the BCA, promising him, "We'll only give you the hard stuff."
He'd been doing the hard stuff for three years now — but never anything like this.

In the small town of Bluestem, where everybody knows everybody, a house way up on a ridge explodes into flames, its owner, a man named Judd, trapped inside. There is a lot of reason to hate him, Flowers discovers. Years ago, Judd had perpetrated a scam that'd driven a lot of local farmers out of business, even to suicide. There are also rumors swirling around: of some very dicey activities with other men's wives; of involvement with some nutcase religious guy; of an out-of-wedlock daughter. In fact, Flowers concludes, you'd probably have to dig around to find a person who didn't despise him.

And that wasn't even the reason Flowers had come to Bluestem. Three weeks before, there'd been another murder — two, in fact — a doctor and his wife, the doctor found propped up in his backyard, both eyes shot out. There hadn't been a murder in Bluestem in years — and now, suddenly, three? Flowers knows two things: This wasn't a coincidence, and this had to be personal.

But just how personal is something even he doesn't realize, and may not find out until too late. Because the next victim... may be himself.

First in the Virgil Flowers series, a spin-off from Lucas Davenport, and revolving around that f**kin’ Flowers. I think Dark of the Moon begins somewhere around Hidden Prey, 15, or Broken Prey, 16.

Dark of the Moon involves a cold case, and those election machinations don’t help in this case.

I do like Sandford’s protagonist, a cop who writes about hunting and fishing with a fascination for women. He is an intriguing man who prefers blue jeans and rock band T-shirts (hoping to tick off law enforcement) with hair that’s too long for a cop. He doesn’t do the couch potato thing when the work day is done. Instead, he’s always thinking of ways to be better. In his writing aspirations. In this, he’s thinking about art classes so he can include graphics with his articles. I do like that he has an ambition outside of work. That it’s more than a hobby for him.

He’s a low-key guy who likes to stir things up, although I still can’t figure out why everyone refers to him as that f**kin’ Flowers. Sandford implies that he makes out well with the ladies, and I guess it’s because he’s so straightforward. I’m not really seein’ it, yet. He is a nice, warm kind of guy…and absolutely cold in how he views everyone. Yep, it is a job requirement, but…geez…

I absolutely loved that switch with Virgil “writing a story of what possibly happened”. It’s certainly a unique way to consider how the crime went down.

That scene in which he “compliments” the white-blond with the butt that should be worshipped as art…lol. The capper on that scene is when he finds out just how Jimmy “knows” that butt *more laughter*.

“…a monoculture of German-Scandinavian white people, now getting a little salsa poured on it, to the great relief of everyone.”

Judd did like to work the angles, whether they were sex or finances. Heck, just looking at how he worked that donation of land was quite clever. So, it makes sense that Judd seems to have owned most everything in town, and that Bill Judd Jr. would be anxious that it all fall into his lap.

Okay, it’s not related to the story, really, but for anyone who gets ticked off at the government…*eye roll*…

“‘I’m the part of the foreplay,’ she said. ‘The government’s the party of the gang bang.”

Oh, lordy, Sandford had me believing Virgil had worked on a farm…right up until the Ding Dongs. I think I re-read that passage several times just for the laughs.

What Karen has to say about Todd’s parents? Yep, people should be licensed to be parents.

It’s murder that brings Virgil to Bluestem, and murder that will keep him there as he sorts through back history, uncovering the truth of that night back on July 20, 1969.

Virgil Flowers, a.k.a., the fictional Homer, has drifted for a long time, from his ecology degree to the Army with a side trip into the MPs, and not being able to find a job in his major, chose to go to the Police Academy. He currently works for the City of St. Paul as an investigator who has been borrowed by the Bureau of Criminal Apprehension (BCA) with Lucas Davenport as his supervisor. His father had been a Presbyterian minister (Virgil is still a pretty religious guy) and his mother had been a professor of engineering in Marshall, Minnesota.

Sandy is Lucas’ part-time researcher. Special Agent Louis Mallard is Lucas’ contact at the FBI. Dr. Joe Klein is the Hennepin County medical examiner. Kate is his wife and a pediatrician.

DEA
Ronald Pirelli, Harold Gomez, and Harmon are some of the agents on the raid.

Stark County law enforcement
Jimmy Stryker is the sheriff whom Virgil has known since high school. Larry Jensen had been the lead investigator on the Gleason murder. Margo Carr is the crime scene tech. Big and Little Curly are father and son, as well as local cops along with Merrill. Chuck Marker is a deputy sheriff with Kandiyohi County. Steve Jacobs is a deputy from Dodge County. Roger Clark is a deputy with Goodhue County. Padgett and Brooks will be part of the bodyguard detail. Randy and Solms are judges.

Dr. Russell Gleason was the town doctor for 50 years and had served as the county coroner; he’d been retired for 10. His wife, Anna, served six terms on the county commission. Mayahuel Diaz was their housekeeper. Thomas McNally had been the alternate coroner. Roman Schmidt is a recently retired sheriff; Gloria is his wife. Russell Copes had been the sheriff at the time of the pyramid scheme.

Margaret Laymon‘s daughter, Jessica, is a natural daughter of Judd. Michelle Garber said those had been the best days of her life. Betsy Carlson had been Bill Sr.’s sister-in-law and had been in those threesomes; she’s living in the Grunewald rest home these days. Dr. Burke is Betsy’s doctor. Maggie Lane is the pregnant woman who “died” after leaving a “man in the moon” party. Gerald “Jerry” Johnstone’s son, Oliver, runs the funeral home these days. Carol is Jerry’s wife. Cornelia Jones is a daughter who lives in the Minneapolis area. Barry Johnson.

Joanie Carson is Jimmy’s sister who runs the family farm. Their father, Mark, had committed suicide back in the day. Laura is their mother. Janet is Joanie’s best friend.

Todd Williamson is the editor of the local paper, the Bluestem Record. Bob Turner was Judd’s attorney. Righteous is a dog on the street. Andy Clay saw the Johnstones take off. Chris Olafson is an accountant. Bill Parker had called the fire in. Dick Quinn. Bill is a bartender.

George Feur is a nutcase preacher who found religion in prison. He’s also chairman and CEO of St. John Ventures. Trevor Rich, Kiley, John, and and the dogs-lovin’ Franks are all guards at the compound, and all with records. Dale Donald Evans is another of those bad boys.

The Corps, an extremist antigovernment group, has been under surveillance by the FBI for drug distribution.

Bill Judd had been sexually predatory — seems he really liked the three-on-one, and made himself the most thoroughly hated man. Bill Judd, Jr, is his son and heir…and a jerk. Both followed the Judd family motto: always choose the money. Unfortunately for Junior, he’s hopeless in his greedy, grasping way. Amy Sweet is his secretary.

Moonie is the murderer.

The cover is dark with the beacon of a house a’blaze under a bright orange waxing crescent moon, and a red-orange haze spreading an undulating border across the middle. The author’s name is large and up front in an embossed gold while the title is in an embossed white.

The title is a metaphor for that night, murder in the Dark of the Moon.

6 responses to “Book Review: Dark of the Moon by John Sandford”