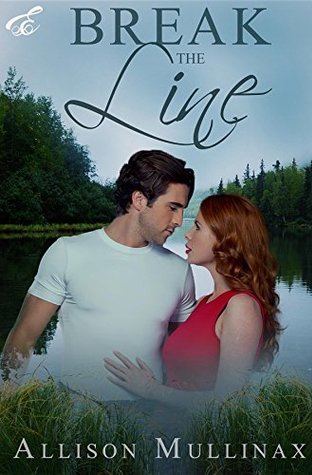 This ARC was sent to me by Fiery Seas Publishing, LLC, via Instafreebie, for an honest review.

Using a dual first-person point-of-view in the present tense from Danni-Rose’s and Benson’s perspectives, Mullinax has written a sweet, tearful short story in which she does a good job teasing us along about the past tragedy Danni-Rose endured. It’s a great lead-in to the underlying message of the story: boating safety. Mullinax did a great job of weaving this in and pointing out how celebrities can promote positive action in their fields.

The only problem is that “Break the Line” would be better if Mullinax had expanded on it. No, the story is good and complete, but what it lacks is the show, the grabbing at my emotions and pulling me in. Oh, yeah, I do mean that “tearful” bit above, but the story could have been a real sob story.

“Break the Line” needed to develop the love story and not simply tell us their emotions. I still don’t know what caused Benson to fall so hard that he was willing to endure all of Danni-Rose’s cruelties. And why would she fall for him?

That bit from Liza about Danni needing to try? All along it’s been about betrayal , so where did that try come from? As for the gunman being in prison, when Benson was only shot five days ago…pretty fast work for their legal system. I gotta admit this kind of speed is consistent with how the love story went.

That whining over, I did love how Mullinax incorporated Benson’s love of fishing, the metaphors used, and her analogies that really pulled Benson into the story.

”Again, I find myself looking for the balance of giving her just enough room to swim at her own pace, but still keeping the line tight enough so she doesn’t plummet…”

Now, how can you not love a guy with this much empathy?? Danni. Well, Danni is empathetic as well, but she’s also annoying in all her attempts to dodge life. I’d’ve thrown her back what with all her trying to push Benson away.

All in all, a good story…that has lots more potential.

The championship is on the line for Benson Howell. If he doesn’t make that weigh-in in time, he’ll lose it all. And then it happens.

He’s dang lucky that his rescuer has a heart, or she would have left him to flounder. It’s the complexity of this woman that grabs Benson’s interest. He could no more stop trying to lure in Danni-Rose than he could give up fishing.

Danni-Rose Walker is the state park naturalist, working in the same office as her daddy. Beau is her cream Lab. Daddy, Paul Walker, is the game warden at the state park. Mama is Penny of Penny’s Pies & Pastries (she’s been the town baker for 30 years). Aunt Becky.

Benson Howell is a professional fisherman loaded with endorsements, having the time of his life. Jessie Stanton is his manager. Pop is Benson’s grandfather who gave him his love for fishing.

Dr. Liza James is the town veterinarian and Danni-Rose’s best friend, practically a sister. L.J. is her twin. Jackson is their younger brother. Thomas had been and still wants to be Danni-Rose’s friend.

Gabby Wilson, from high school, has a German shepherd, Bella, and is getting married to Boyd Henderson. Mrs. Hall owns a lot of poodles. Rickey is the lead singer of the band. Mrs Smith is Danni-Rose’s disapproving neighbor. Dr Martin was the shrink. Mrs Watley works at the disability center. Uncle Larry is teaching her son to fish. Randy is Benson’s competition.

The cover’s background is a peaceful lake surrounded by trees into which is merged Benson and Danni-Rose with reeds in front of them at the bottom of the cover. Benson’s T-shirt-clad chest faces us while he’s looking to the right into Danni-Rose’s upturned face, her long red hair curling down her back, wearing a deep fuchsia tank top. The author’s name is in white at the bottom while the lake-blue title combines a serif font for the first two words and a line of a font for the last word — quite appropriate *grin*

The title finds Danni-Rose attempting to “Break the Line” between them.