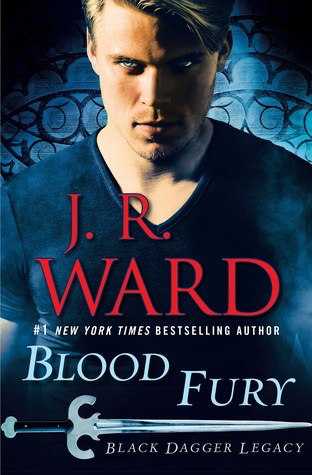 Buy on Amazon
Goodreads
Also by this author: Possession, The Shadows, The Bourbon Kings, Blood Kiss, The Beast, Blood Vow, The Chosen, “Dearest Ivie”, The Thief, "The Rehearsal Dinner", "The Reception", Consumed, The Savior, Blood Truth, Where Winter Finds You, The Sinner, J.R. Ward, A Warm Heart in Winter, Claimed, The Wolf

Third in the Black Dagger Legacy urban fantasy series, a spin-off from Ward’s The Black Dagger Brotherhood series, and revolving around a core group of trainees preparing to join the Brotherhood. The couples focus is on Novo and Peyton and Saxton and Ruhn. The story takes place in January in Caldwell, New York.

It’s a classic case of rejected love that haunts one. It’s also self-realization, as truth has its way with each of the focus characters. Unfortunately, it was also too insta-love between Saxton and Ruhn. Too unbelievable. As for Peyton and Novo. Sigh. A lot of tell, ’cause I sure wasn’t feeling the love.

”I cannot have my dignity if I lie to someone I’m falling in love with.”

Ward is amazing in how well she makes me feel how skittish and defensive Ruhn is, and he truly is the most amazing man. She was tricky too — and believable — in how she pushed Ruhn and Saxton into close quarters. They each have a road to hoe, though.

I can totally understand why Novo wants nothing to do with her family. That sister!!? Jesus. Oskar deserves her.

Ooh, meow. Okay, I know it’s the truth, but still. And still, it does make Peyton have to re-think his life. Nor is he the only one who will have to examine thoughts, emotions, actions, and reactions.

Okay, the niggles. I wish Ward had been sharper in the before and after of Peyton’s about-face. More questioning on Peyton’s part. And couldn’t Saxton have had some qualms about Ruhn? Saxton is so GQ, and Ruhn is a blunt laborer. Shouldn’t Saxton have wondered about the differences between them? The bit about trying out foods was great, and I did love their coming together. I did “feel” Ruhn’s fears about what he was feeling. Poor guy. But I would have liked this “courtship” more grounded in reality, and yeah, not so dang easy. Oh, don’t give me that. I know it’s a novel about vampires. Doesn’t mean the characters don’t have the same qualms, fears, and hopes as bog-standard humans.

Why, oh why, has Ward left us in suspense with Romina??!

It’s pride. It’s dignity. It’s honor. All conveyed through global third person subjective point-of-view among the four focus characters, for we hear their thoughts as well as their emotions. It’s soft. It’s sweet. And it ties up several loose ends in the series.

Knowing one’s duty to one’s bloodline doesn’t mean you have to fall in line…especially when there’s nothing real about it. Besides, when the one you love falls in love with someone else, well…

The same holds true for Novo with a family embarrassed by her and a betraying bitch of a sister who grinds you into the dirt as much as possible. It was that incident two-some years ago that finally ended Novo’s respect for any of them and caused her to swear off love.

His heart broken, Saxton is dreaming of getting away, leaving Caldwell. Until Ruhn is appointed his bodyguard. It’s a scandal with which Ruhn has no idea how to react.

Novo is not feminine enough, too honorable for her family. Serenity is the name she chose. Sophy is her self-absorbed bitch of a sister. Oskar is Sophy’s fiancé.

Peyton is the son of the very wealthy Peythone and notorious as a drug-using, drunken, wealthy playboy. Romina is the unmated female Peythone has found. Her parents are Salone and Idina.

Other trainees in the Black Dagger Brotherhood training program
The studious Paradise is the daughter of the King’s First Adviser, Abalone. She’s mated with Craeg (Blood Kiss, 1). Axe was a legend at The Keys until he mated (Blood Vow, 2). The never-relaxed Boone will be the only unmated trainee.

Members of the king’s household
Rhage and Mary (she’s a therapist) have adopted Bitty, after her uncle Ruhn gave up his rights (Blood Vow). Mastimon is Bitty’s toy tiger. GQ Saxton is the King’s solicitor, Qhuinn’s cousin, and recently dumped by Blay. Wrath, son of Wrath, is the Blind King with George, his seeing-eye dog. Beth is Wrath’s mate and queen (Dark Lover, 1). John Matthew is mute and Beth’s brother (Lover Eternal, 2). He’s mated to Xhex (Lover Mine, 8). Blay and Qhuinn (Lover at Last, 11) have two children (The Beast, 14). Dr. “Manny” Manello does some amazing saving.

Phury and Zsadist, Vishous (mated to the ghostly Doc Jane; Lover Unbound, 5), and Payne (she’s with Manny; Lover Unleashed, 9) are more of the trainers. Ehlena is a nurse for the Brotherhood and is mated to Rehvenge (Lover Avenged, 7).

Fritz is the doggen butler who also drives the trainees’ bus. Meliz is one of the maids. Assail is the drug-addicted vampire held in close quarters (The Beast). Luchas is Qhuinn’s older brother who had been seduced by the Omega and imprisoned.

Miniahna “Minnie” is the aged grandmother under siege by property developers. Rhysland had been her husband until a few years ago. Miniahna “Ahna” is Minnie’s very worried granddaughter. Rocke and Lyric are Blay’s supportive parents. Carmichael is a real estate agent. Nickle is a friend of Peyton’s.

The glymera are the upper class of the vampire society. The Keys is a sex club. Lisette and Marc, humans, run an excellent little restaurant. Mr. Romanski is a lawyer representing the developer.

The Lessening Society is…
…peopled by men who gave up their existence to the Omega and became lessers, committed to destroying the vampire race.

The cover is in a range of blues from the spotlit royal blue wall paper with navy filigrees to Peyton’s deep blue v-neck T-shirt, the sky blue of the embossed title running across Peyton’s midsection, and the gleaming blues and grays of the horizontal dagger just above the series information, which is in white. Peyton has an intent look on his face as he glares out at us…there’s something about those ice blue eyes! Blond hair carefully styled in a casual look, more blond stubble on his chin, and it all blends so well with the peach of his face and neck. The author’s name is in an embossed red with black outlines across Peyton’s chest with a white info blurb below it.

I believe the title is Saxton’s reaction to the attack, for his Blood Fury erupts into action.