There's a big curse in little Chinatown…and it's not Prohibition.

It’s the roaring twenties, and San Francisco is a hotbed of illegal boozing, raw lust, and black magic. The fog-covered City by the Bay can be an intoxicating scene, particularly when you specialize in spirits…

Aida Palmer performs a spirit medium show onstage at Chinatown’s illustrious Gris-Gris speakeasy. However, her ability to summon (and expel) the dead is more than just an act.

Winter Magnusson is a notorious bootlegger who’s more comfortable with guns than ghosts—unfortunately for him, he’s the recent target of a malevolent hex that renders him a magnet for hauntings. After Aida’s supernatural assistance is enlisted to banish the ghosts, her spirit-chilled aura heats up as the charming bootlegger casts a different sort of spell on her.

On the hunt for the curseworker responsible for the hex, Aida and Winter become drunk on passion. And the closer they become, the more they realize they have ghosts of their own to exorcise…

First in the Roaring Twenties historical paranormal romance series revolving around a medium and a bootlegger in San Francisco, in, when else, the 1920s, 1927 to be exact.

My Take
I loved this. Not only did Bennett put a nice twist on this, but she also kept this so true to the time period. Especially when it came to the developing romance between Aida and Winter. It took awhile before Bennett let them loose on each other, and it was so worth the wait! Of course, the brief description of the condoms of the time helped set the mood as well, lol.

It’s an interesting combination of strong characters, Aida and Winter. She’s a medium who channels the dead and roams the country performing while he’s a bootlegger, settled into his business while punishing himself for what he sees as a guilty action. Add in a rogue rival who wants to take over the liquor distribution business in San Francisco, the possibility of tong wars, and secret tunnels, and it’s game on.

I do hafta say, the ingredients in that antidote are just nasty…and that’s understating it!

It’s definitely exciting as Winter deftly evades the Feds as they raid and raid again. It’s also annoying that Aida is soooo sensitive. Jesus, she leaps to conclusions faster than a race car pushes off from a starting line. All that back-and-forth each of them was doing over the s/he’s attracted – s/he couldn’t possibly be attracted got rather old. Of course, Winter has his duh-what moments as well. Takes him long enough to figure out what Aida really needs.

I love that Aida is so independent and proud even as she questions where she exists within society. She doesn’t take any guff from anyone and doesn’t hesitate to let them know. And Winter loves it. Someone with spunk!

Oh, Chinatown. I do miss it. All that lovely food, the smells, the sounds of it. Reading of the tasty treats Aida gets to eat drove me wild for some duck and a bowl of jook.

Bennett’s obsession in telling us over and over that Winter is Swedish got me to thinking. We still ask each other where our people come from. Identifying ourselves as German, English, Irish, Indian, Italian, whatever. It’s not that long ago, really, that immigrants were pouring into the United States, so it felt perfectly natural for Bennett to keep on this. No, I’m not dissing this or anything, it was simply an observation that cropped up, and I wanted to share it, lol. Part of the fun of writing reviews is shoving off my thoughts on y’all.

The Story
It’s a curse that happens to bring Aida and Winter together. Lucky for Winter that Aida was performing at Velma’s speakeasy. She can at least get rid of the ghost, even if she does give him a whole new problem to deal with.

It’s a ripening relationship that occurs at the wrong time when a rival is pushing at Winter, and using Aida as one of the prods. Poison, arson, murderous ghosts, and kidnapping — nothing is too low for this man.

The Characters
Aida Palmer is a very independently minded young lady who has been taking care of herself since she was seventeen. A trance medium, she invites the departed into her body to speak. Her brother, Sam, was a strong influence on her, except he died too young. Sam is also her mastiff dog. The Lanes took Aida and Sam in when the children lost their parents in the Great Fire of 1906. Emmet Lane was Mr. Lane’s brother and not a kindly soul. Mrs. Stone is a medium who took Aida in and trained her in using her skills to earn a living.

Winter Magnusson inherited his father’s bootlegging business and is one of the top three suppliers in San Francisco. Bo Yeung is a young Chinese boy Winter rescued; he’s now his right hand man. And I wouldn’t be a’tall surprised if he hooks up with Astrid! Greta is the housekeeper in his home. Jonte is his chauffeur. Winter’s sister, Astrid, is seventeen years old and quite the handful. Benita is Astrid’s seamstress. Paulina is the dead wife.

Velma Toussaint runs the Gris-Gris, a black-and-tan speakeasy in North Beach. She’s also a witch who practices hoo-doo. Daniels is the club manager. Hezekiah is the compere, the host, for the show. Manny is one of the club’s guards.

Chinatown
Dr. Yip is an herbalist. Black Star, a.k.a., Mr. Wu, is a fortune teller with a history. Joe Cheung and Ju-Ray “Ju” Wong are a couple of the tong leaders. Sook Yin is a concubine (although not in the sense I would have defined it) who can choose which men she will lie with. And one of them was Winter.

Mr. and Mrs. Lin run the Golden Lotus, a Chinese restaurant, and rent out apartments, including one to Aida. Mr. Bradley Bix runs The Limbo Room in New Orleans and is interested in her doing a series of shows for him. Florie Beecham is a contemporary of Winter’s and having a dinner party in her new mansion. Robert Morran is Florie’s drunkard of a cousin. Harold Beecham is her dead husband. Andy Halstead is the lover she was cheating on him with. Adrian St. Laurent was one of the three big time bootleggers. Anthony Parducci goes out of business in a less spectacular way. I think Dina is dispatch at a police station.

Dick Jepsen is the first man Winter ever killed. Arnie Brown drowned but not at Winter’s hand.

A black-and-tan speakeasy meant whites and blacks could enter and mingle together.

The Cover
The cover is a vested Winter in lighter gray trousers grasping Aida in her cranberry evening dress and wearing a velvet headband with matching perky feather. They’re about to kiss with the Ferry Building and its clock tower in the background. I do wish the artist had been a bit more true to the storyline in terms of height.

The title is perfect for there are Bitter Spirits hunting Winter down. 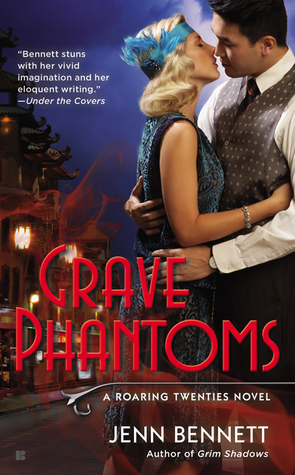 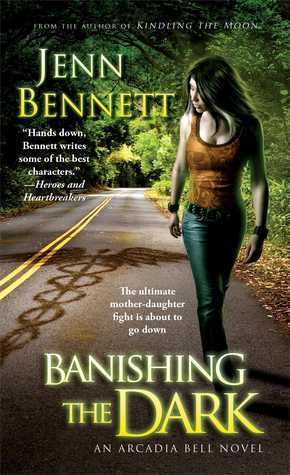