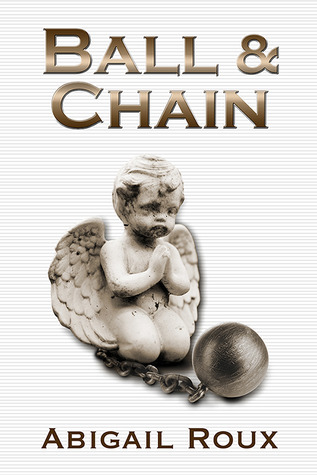 This book may be unsuitable for people under 17 years of age due to its use of sexual content, drug and alcohol use, and/or violence.
Goodreads
Also in this series: "High & Tight", Past & Presents

Home from their unexpected deployment, the former members of Marine Force Recon team Sidewinder rejoin their loved ones and try to pick up the pieces of the lives they were forced to leave behind. Ty Grady comes home to Zane Garrett, only to find that everything around him has changed—even the men he went to war with. He barely has time to adjust before his brother, Deuce, asks Ty to be his best man. But that isn’t all Deuce asks Ty to do, and Ty must call for backup to deal with the business issues of Deuce’s future father-in-law.

Nick O’Flaherty and Kelly Abbott join Ty and Zane at the wedding on an island in Scotland, thinking they’re there to assuage Deuce’s paranoia. But when bodies start dropping and boats start sinking, the four men get more involved with the festivities than they’d ever planned to.

With the clock ticking and the killer just as stuck on the isolated island as they are, Ty and Zane must navigate a veritable minefield of family, friends, and foes to stop the whole island from being destroyed.

In Touch & Geaux, 7, Ty and his team got called up, and no one knows where they are, what they’re doing, or when, if, they’re coming home. Until Ball & Chain.

Whoa, Ball & Chain is incredibly intense as we learn a lot about Nick’s past, his father’s abuse, how he met Ty, and the issues Nick now has with Ty. It all comes out as people are being murdered right and left in a nasty, vicious plot to kidnap Amelia.

Roux’s usual funny banter is here, thank god. It brings some relief to the heaviness. Some of which is Zane continually refusing Ty’s proposals. Although, Nick does make a good point when he gives Ty a tip. It certainly is a unique way of proposing and so much more personal. Shows that Ty’s been paying attention.

I love this comment from Nick:
“Let him know you’re serious and you’re thinking about life instead of just wearing a ring.”

The fun continues with the exchanges between Nick and Kelly, Owen and Digger excited about going out for milkshakes and meat — Digger is practically skipping, lol. Not what you’re thinking Marines would want after a tour of duty. Zane has some tips for Ty on what to do in an adoption interview, lol.

Life is still intense for Zane and Ty with Kelly and Nick all needing to put the threat to Zane down and find that mole in the office. That traitor has taken too much from all of them.

Jesus, Nick’s father sounds like a major jerk, and I’m not impressed with his mother either. I absolutely loved it when Nick asked his dad how scared he was when the doctors told him Nick was his only chance. Fifteen broken bones.

This says it all about Nick’s relationship to his dad:
“He [a kid in the fostercare system] got word his mom had died of an overdose. He was all torn up about it, and I just couldn’t understand why. His scars were still healing. … he told me he was glad she was dead. He was mourning the mother he could have had.”

I’m kinda surprised that Stanton hasn’t put a cell tower on his island.

It’s Kelly’s flailing that trips that ball and chain. A very lucky find. That Kelly is somethin’ else. I was with Nick: Let the man die. But Kelly makes an excellent point, one we should all keep in mind. It’s not a forgiveness of the man, but a hand up for yourself. Oh, lordy, Chester gets in on the fun as well. What is it with all this behind your back stuff, lol.

It’s also the installment that reveals that Kelly and Nick are a couple.

“…what words do I use for this feeling if ‘I love you’ has already been used?”

I got some niggles: if the walls are stone, then how are they hearing anything through those walls? How can they pound on the wall and have it heard? As for the anger over who owns the island, how can anyone else feel they own it if great-grandpa bought it that long ago? There’s that insinuation at one point that one character purposely set the time on his watch as a clue. So…before he was murdered, he knew he would need to leave a clue? If he knew that, how come they surprised him?

I would like to know who killed the last person murdered. How come Emma appears to be the only Grady family member — other than those four cousins — invited?

Bad news. Turns out Nick has been angry with Ty for a long time. Who knew?

Damn this is tense. Roux will have you racing through the pages, desperate to know what happens next.

More bad news. The next Cut & Run story will be the last…sob. And somehow Liam Bell figures into this with his threats against Nick.

Deuce needs a favor and some groomsmen: a best man and more. Bring guns.

It’s Agatha Christie’s And Then There Were None in modern guise.

Assistant Special Agent-in-Charge Zane Garrett and Special Agent Captain Ty Grady have been partners at work and at home for a few years. Deacon, a.k.a., Deuce, is Ty’s psychiatrist brother. Mara and Earl Grady are Ty and Deacon’s parents. Emma Grady, an underwater archeologist, is Ty’s baby cousin and one of the bridesmaids. She’s brought her cameraman, Marley King, to film the wedding. Chester is their grandpa with a serious shovel fetish.

Marine Force Recon team Sidewinder
Kelly “Doc” Abbott was the team medic; in civilian life, he works at a camp for at-risk youth. Master Sergeant Nick “Snakebite” O’Flaherty, the “acquisitions” specialist, is hiding his new relationship. Digger and Owen have had their own fantasies.

The wedding party with resident in-laws

Livi Stanton, a yoga instructor, is the bride, and the mother of Deuce’s child, Amelia. Her father, Theodore Stanton, is hosting the wedding on the family island out in the Inner Hebrides in Scotland. Susan is his wife and Livi’s mother. Theo is Livi’s unexcited older brother. Ernest Milton is Stanton’s head of operations. Cooper is one of the four Grady cousins. I’m curious as to who they belong to? Which cousins are the parents?

Nikki Web is the maid of honor while Catalina Cruz, Ashlee Knight, and Miyoko Mason are more bridesmaids. Christian Orr is Deuce’s oldest friend; Matthew Ferguson is another friend of his.

Staff at Stanton Hall
Lachlan Mackie is in charge of the docks. Mrs. Aileen Boyd is Stanton Hall’s cook; her husband, Hamish, is the house manager. Maisie Ross is the full-time nanny. Jockie Fraser is the groundskeeper. Gillis is another one of the staff.

Stanton’s security people, the Snake Eaters
John English is their leader, Lenny Hardin , Solomon Frost, Avery Kline is the one female Snake Eater, and Riddle Park are the rest of the team.

Nick’s family lives in…
…Boston? Kat and Erin are the sisters he’s closest to. Patrick is Kat’s oldest son. Alana and Nessa are the younger sisters who don’t remember those escapes to the safety of the basement. Brian O’Flaherty is his brute of a father who suddenly needs his son to care.

Assistant Director Richard Burns is a friend of the Grady family. Liam Bell whom we first met in Touch & Geaux, 7, was once Ty’s lover before Ty shot him. We still don’t know if he works with NIA or has gone rogue.

The cover is consistent with earlier ones: a simple pinstripe background in horizontal whites and grays with a carved and distressed angel praying and kneeling on a silver chain with a ball attached. The title is bold and simple above the cherub in a shining metal font.

The title is not what I was thinking. Yep, I was thinking wedding bells, and there are wedding bells, just not for my favorite FBI agents. Instead it’s a dead giveaway to secret passages, a Ball & Chain, that could well save their lives. It’s also a not-so-humorous reference to that tool Nick is prepared to use.