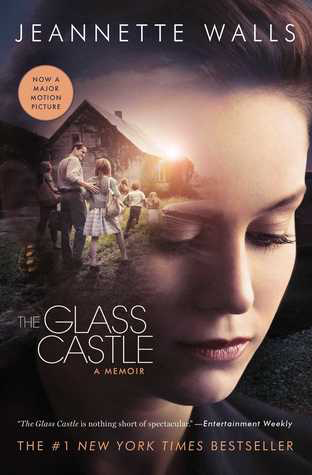 
A standalone memoir revolving around a dysfunctional and fascinating family.

The Glass Castle was a fascinating story that drove me a little bit nuts. Those parents! What were they thinking? Okay, okay, they weren’t thinking. Nor were they AT ALL responsible. I wanted to smack ‘em upside the head.

A frame story that began with Walls’ inner-thoughts hook, it led to a long flashback of Jeannette’s childhood and follows them through their lives. Walls grows in her story, reflecting on her growing maturity to better understand her parents. It’s a sad tale, one that I suspect too many children have to endure.

I did appreciate many of the maxims Rex and Rose Mary held to; but I did not appreciate how far they went. How much they endangered their children. I mean, how sad was it that Jeannette loved being in the hospital?

In some ways, I did envy their lifestyle, at least the parts about embracing life and not having so many rules hemming the kids in, for fear they’d stub a toenail. Their education was erratic but excellent! I loved that reading, discussion, and learning was so important. That their father took education seriously. That both parents encouraged the children to be themselves and not worry about what others thought. A bit hard to do when you’re children trying to fit in.

On the other hand, a three-year-old having to boil her own hot dogs so she has some food is not acceptable. Nor was it acceptable how negligent and selfish their parents were. The helicopter raffle…jesus… Those scenes in which the kids really, really hurt themselves were appalling! Their clothes. Their hygiene. The food situation. That mother. Oh. My. God. There are no words to describe what a self-absorbed woman she was. As for all the championing of everyone is equal and speak your mind, it seems even the parents have their hypocritical side.

“…that ring could get us a lot of food.”

“…but it could also improve my self-esteem.

It was a life that did pull the kids together, for the most part. And at least they had each other as well as providing Jeannette, Lori, and Brian excellent examples of what not to be.

It was an independence learned in a hardscrabble life, as four siblings must learn to take care of themselves as their responsibility-averse, free-spirit parents both inspire and inhibit them.

When sober, the children’s brilliant and charismatic father captured their imagination, teaching them physics, geology, and how to embrace life fearlessly. But when he drank, he was dishonest and destructive.

Meanwhile, their mother abhorred the idea of domesticity and refused to take on the work of raising and feeding a family.

Jeannette “Mountain Goat” is the second oldest with Lori the oldest, Brian is third, and Lilly Ruth Marlene is the baby. Suzie Q was one of Marlene’s imaginary friends.

Their thoughtless Mom, Rose Mary, is an artist in all mediums, a writer in all genres, a reader, and totally uncaring about her children. Dad, Rex Wall, was brilliant and an expert in math, physics, and electricity with his main interest in energy. He was also an alcoholic who couldn’t be bothered to hold down a job.

Cars were named, at first, starting with the Blue Goose, the Green Caboose, and later Elvis. Pets came and went, starting with Quixote, the cat, and Juju, the dog. Tinkle, Pippin, and Iggy the lizard are more pets along the way.

Dad’s parents, Erma Ruth and Ted, are still alive, and Uncle Stanley the pervert (so is Erma) lives with them. Mom’s mother, Lilly Smith, had been a flapper and was a stickler for rules. Jim is Rose Mary’s brother.

Battle Mountain
Miss Page is Jeannette’s second grade teacher at the Mary S. Black Elementary School. She should have retired years ago. Bitch. Miss Beatty is the principal. The Walls lived in a neighborhood referred to as the Tracks and rented the former railroad station. The Green Lantern is the local whorehouse where Ginger works. Billy was a delinquent and three years older than Jeannette. Bertha Whitefoot called him “the devil with a crew cut”. The Owl Club was Dad’s favorite bar.

“Miss Page had gotten the ax when the principal caught her toting a loaded rifle down the school hall. …all she wanted to do was motivate her students…”

Phoenix, Arizona, is…
…where they finally had a home of their own. Emerson was the public school there. Miss Shaw is Jeannette’s third grade teacher.

Welch, West Virginia, is…
…where Dad’s parents live, a hardscrabble town struggling to get by as the coal mines shut down. Tinkle is their terrier and Pippin is a curly-haired mutt. Iggy, the lizard, didn’t make it. Rufus was the biggest rat ever. Mr. Freeman is their next-door neighbor when they move to 93 Little Hobart Street. His son and daughter, Peanut and Prissy, live with him. Miss Caparossi is a horrible woman and Jeannette’s English teacher. Miss Jeanette Bivens is a high school English teacher who is the advisor for The Maroon Wave, the school’s paper. Mrs. Sanders is another teacher, moving back to Iowa. Mr. Jack is the school principal. Miss Katona is the guidance counselor. Dinitia Hewitt started out as the leader of a small gang of bullies. A schoolmate, Cindy Thompson, wanted Jeannette to join the Ku Klux Klan. Carrie Mae Blankenship’s father had a good job who explained thermostats to Jeannette. Their potential playmates include the twelve Grady kids; the six retarded Halls kids (Kenny was the oldest); Kathy Pastor is the oldest daughter of nine kids (her mother, Ginnie Sue Pastor, was the town whore; her husband, Clarence, had black lung); Karen and Carol Noe; and, Ernie Goad and his confederates.

“One thing about whoring: It put a chicken on the table.”

Junior’s is the fanciest bar, the Howdy House is less fancy, and the Pub is worse. Lucy Jo Rose teaches at an elementary school in Davy. Mr. Muckenfuss is the editor of The Welch Daily News. Robbie is an acquaintance of Dad’s on whom he palms Jeannette. Becker’s Jewel Box is owned by the suspicious Mr. Becker who hires Jeannette. Ken Fink and Bob Gross are filmmakers. Chuck Yeager broke the sound barrier.

New York City
Evan is a friend of Lori’s. Zum Zum is a German restaurant. Evangeline is a women’s hostel. Jeannette got an internship at The Phoenix, a weekly newspaper owned by Mike Armstrong. At the time, Barnard was a sister college to Columbia University. Carol is a fellow student. Professor Fuchs taught political science and has no clue about Jeannette’s past. Eric is a friend of a friend of Lori’s. John is also a writer, of books and magazine articles, with an old country farmhouse. Jessica is his fifteen-year-old daughter from his first marriage. Charlie is the dog. Veronica is Brian’s daughter with a bull mastiff, Charlie.

The cover has a dark background and is a collage of Dad and the kids walking along the side of the road to what is likely to be a new dilapidated “home”. The family merges into a close-up of Jeannette’s face with the spotlight on the far corner of the house’s roof and Jeannette’s right temple. Most of the text is white with the author’s name at the top and the title on the left just below Jeannette’s cheekbone. There’s a round “badge” in the peach of Jeannette’s face with dark text in its center, a note mentioning this is a memoir, and two info blurbs at the bottom in white and the same peach.

The title is their father’s fantasy, The Glass Castle, operating on one of ol’ Rex’s grandiose schemes. 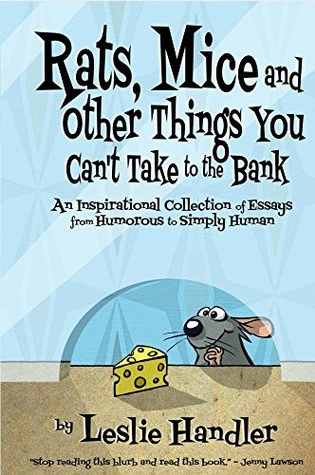 Review of The Investigator by Terry Lenzner

5 responses to “Book Review: The Glass Castle by Jeannette Walls”