“Evil is a completely different creature, Mac. Evil is bad that believes it’s good.” — MacKayla Lane was just a child when she and her sister, Alina, were given up for adoption and banished from Ireland forever. — Twenty years later, Alina is dead and Mac has returned to the country that expelled them to hunt her sister’s murderer. But after discovering that she descends from a bloodline both gifted and cursed, Mac is plunged into a secret history: an ancient conflict between humans and immortals who have lived concealed among us for thousands of years.

What follows is a shocking chain of events with devastating consequences, and now Mac struggles to cope with grief while continuing her mission to acquire and control the Sinsar Dubh -- a book of dark, forbidden magic scribed by the mythical Unseelie King, containing the power to create and destroy worlds.

In an epic battle between humans and Fae, the hunter becomes the hunted when the Sinsar Dubh turns on Mac and begins mowing a deadly path through those she loves.

Who can she turn to? Who can she trust? Who is the woman haunting her dreams? More important, who is Mac herself and what is the destiny she glimpses in the black and crimson designs of an ancient tarot card?

Also by this author: Feverborn

Why did I wait so long to read/listen to this book..why..why..lol.

This series has been sort of up and down for me. I loved it up till faefever then I didn’t care for the rape scene (sorry if that spoils things for someone) at the the end and so I quit reading the series, then I picked up the fouth book and it was okay so when I got the last book I just didn’t read it. I don’t know why I just didn’t, then some who had listened to it on audio said it was the best series on audio so I decided to grab up a cheap copy of the audio since I had bought the kindle copy. Boy was they right!!! This series is one of those that should be listened too..lol. I almost want to go back and listen to them all that way. 🙂

Even though it had been a year or so since I read the one before this it really didn’t take long for me to remember everything that was going on and who the cast of characters were.  Mac is trying to find out who she really is and why the Sinsar Dubh kept trying to find her and how she can control it. So this one dives into really finding out who Mac was, as we know she was adopted but who was her real mother. Mac has come a long way from the whiny girl in the first book but she has had a lot of stuff happen to her to make her tough.

Barons oh how I love Barons. I think I kept reading all these books because of Jericho Barons. Through out this book Mac isn’t real sure how much she can trust him, that doesn’t mean she doesn’t still love him. As a matter of fact she really has a hard time figuring out who she could actually trust, but it’s always Barons. He is always there.  It was nice getting to see the other side of Barons a bit, the creature within.

Although it wraps everything up involving who was who, what they had to do with the book, etc. It still left enough open for the spin off that involves more of Dani. Dani is my favorite secondary character so I can’t wait to start ICED and I have it to listen to as well! 🙂

The only downside to this book was it felt like there was a lot of filler for me at least. I was like come on get to the good stuff! So that is the reason it didn’t get five stars.

If you have never read the Fever series then get on the ball and read it! If you are a fan of Urban Fantasy then I can’t think of a reason why you wouldn’t want to read it! 🙂

Oh My Wow, this is what you call a dynamite duo when it comes to narrating a book! I absolutely love the way they made this audio with allowing a female to do all the female parts and a male to do all the male parts. Natalie Ross is awesome as Mac and all the ladies, but I must say what made this the most awesome listen ever is Phil Gigante!!!! He has an awesome voice and his Barons voice just…sigh..I also loved it when he did the Blue Eyed mans voice. 🙂 They are awesome and the reason I would say you need to listen to this series on audio. I just can’t gush enough about how fantastic this is on audio!! 🙂 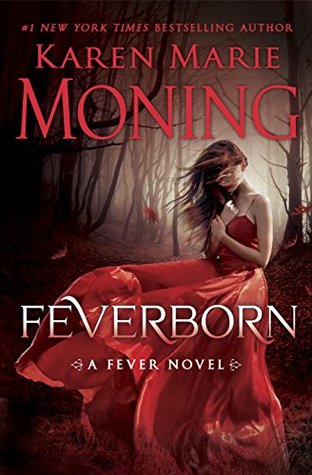 4 responses to “Audioreview of Shadowfever”