Posted May 24, 2016 by Stormi in Audiobook Reviews, Book Reviews / 9 Comments

Gift shop owner Stormy Day is settling into her new life until she comes across a frozen body, hidden inside a well-dressed snowman.
When her own father is implicated in the murder, Stormy must chase down clues and uncover the town's secrets herself.
As she draws closer to identifying the killer, Stormy's own life may be in danger. That is unless Jeffrey, the mischievous Russian Blue cat who led her to the icy body in the first place, can flick his sleek gray tail at the final piece in the puzzle.

Also by this author: Wisteria Witches

First off, it’s really weird listening to a book when the main character has your name. It’s not a real popular name so never rain across it until now…lol.

Stormy was setting in pretty good with her gift shop and then she finds a dead man inside a snowman. It was her fathers neighbor and someone she has known most of her life.

Things get worse when the cops think that her father might have had something to do with it because they were seen having a heated argument and he had threaten the victim.

Her father is a retired policeman and she knows a lot about solving crimes as she has even helped her father and his partner in the past. She bumps heads with the policeman from her past Tony as he wants her to not get involved.

She also gets off on the wrong foot with her new tenant who is sharing her house. Actually, he not knowing she was his landlord made fun of her and then she found out who he was. The hotty Lawyer could be a potential love interest.

This was a fun cozy and I must say I have never came across a dead man in a snowman in any of  the cozies I have read, so that was different.

Stormy was a fun character and she is very determined to find out who killed the neighbor she new when she was younger. She knew her father didn’t do it and she has found out that her neighbor was a bit of a thief, so there could be a number of people who could want him dead.

If you are into cozies then I think you will find this one a fun read.

C.S.E. Cooney is starting to be a staple in the cozy mystery genre. She has narrated several series I have listened too. We got off on a rocky start at first but now I get excited when I see she is the narrator as I really like her. 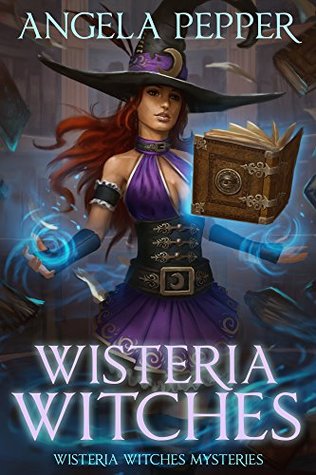 9 responses to “Audiobook review of Death of a Dapper Snowman”