Victorian London is a cesspool of crime, and Scotland Yard has only twelve detectives—known as “The Murder Squad”—to investigate countless murders every month. Created after the Metropolitan Police’s spectacular failure to capture Jack the Ripper, The Murder Squad suffers rampant public contempt. They have failed their citizens. But no one can anticipate the brutal murder of one of their own . . . one of the twelve . . .When Walter Day, the squad’s newest hire, is assigned the case of the murdered detective, he finds a strange ally in the Yard’s first forensic pathologist, Dr. Bernard Kingsley. Together they track the killer, who clearly is not finished with The Murder Squad . . . but why?

Filled with fascinating period detail, and real historical figures, this spectacular debut in a new series showcases the depravity of late Victorian London, the advent of criminology, and introduces a stunning new cast of characters sure to appeal to fans of The Sherlockian and The Alienist.

Nobody noticed when Inspector Christian Little of Scotland Yard disappeared, and nobody was looking for him when he was found.

Two hours since the discovery of Mr. Little.

Sergeant Kett took a moment to scan the station. Euston, the metropolitan terminus of the London and North-Western Railway, was always bustling.

I have really been into mysteries lately so I seen this one and I liked that it combined history and mystery so I had to give it a try.

It’s set during the time of Jack the Ripper, but after he has done his killing. Because of him the Scotland Yard started the Murder Squad to deal with the Ripper. The now handle all the murder cases, which is a lot. One of the inspectors steps down cause he couldn’t solve the case but nominates a young man named Walter Day to take his spot.

Day gets a rather large initiation into the Murder Squad because one of his fellow Inspectors have been killed in a rather strange way. Some fear it could be the ripper, others are mad because they don’t think Day should be investigating as he is new. There are a lot of things happening in this book and most of them end up coming round about towards the end and even crisscross in the investigations. Constable Hammersmith finds a dead child stuck up a chimney but nobody seems to care, but he can’t let it go. This leads to some other strange things that happen and their is also the Beard killer, etc.  The murder squad are busy people.

The murder worries to much and butts in on the investigation which to me was part of his downfall, but it wasn’t like being a killer was what he started out being (can’t say the other thing as don’t want to spoil it, but it’s why Inspector Little is killed), but he is trying to hide things.

The thinking reflects the time period which is a bit sad, but how it was back then and it really made me mad at times cause I wanted to scream at one of the constable for being so uninterested in a young boy who needed help. Just because he looks like a street kid doesn’t mean he is a street kid! Even if he was a street kid he needed help! I also wanted to smack some of the detectives working the squad because of their lack of concern with poor people. I know that is how it was but it still mad me scream at the book..lol.

I really liked Inspector Day because he really seemed concerned about solving the crimes and taking on some of Little’s cases. He is probably a bit naive and may harden the longer he is in the Murder Squad but for now he seems very concerned about things.

Overall, I found this to be a pretty interesting mystery novel. Some times it could be a bit confusing with all the things going on within the story besides the main story, but overall it was well done. I would recommend it for those who like a historical setting and mysteries. 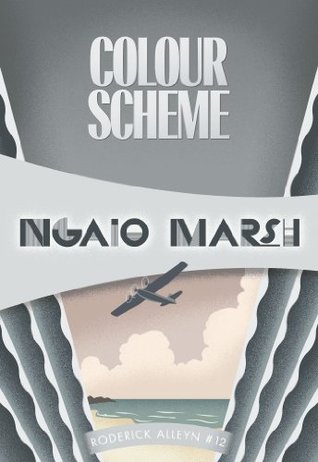 5 responses to “Review of The Yard”