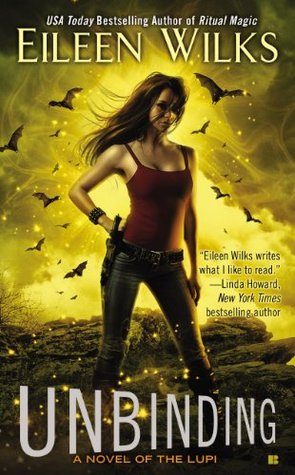 After questing through the sidhe realms with her ex-hellhound lover, Nathan, Kai Tallman Michalski has finally returned home. But she knows Nathan will eventually be called back to serve his queen—and Kai will have to decide whether to enter her majesty’s service as well. Sure, the job comes with great bennies, but there’s one big downside: she would have to swear absolute fealty to the Queen of Winter.

For now, though, Kai is glad to be home, and glad that Nathan completed his mission for his queen with surprising ease. But what seemed to be a quick conclusion turns out to be anything but. The two of them helped thwart the sidhe god of chaos—and he is not happy about that. He’s got plans for them. Plans, too, for the sidhe who killed him some three millennia ago. Nor has he abandoned his plans for Earth, as they learn when chaos begins bursting out all over...

Eleventh in the World of the Lupi urban fantasy series and revolving around Rule Turner and Lily Yu with the Nokolai Clan. The couple focus in Unbinding is on Kai and Nathan in San Diego, mostly.

Just so you know, Rule and Lily only get a mention here. I suspect that Wilks is stretching out the series to include the elven and Diné worlds.

I do like this more benevolent depiction of the Queen of Winter as a decent person. Oh, she’ll still destroy you, but it will be for a good reason.

“You might turn my life upside down again, but not for a small reason. …you don’t require or expect me to be anything other than what I am.”

There’s a fascinating discussion on order and chaos, and it makes perfect sense. Living things are highly ordered while creativity, discovery, delight, and madness are chaotic, and when chaos meets up with order, it generates a lot of magic. It’s a discussion that leads to the truth of Kai’s doubt about herself.

Wilks also creates a reason for why guns don’t work in Faerie. Interesting and an idea that could be useful on earth…if magic really existed, lol. it also provides an opportunity to discuss how elvish culture works economically.

The traumatic events lead Nathan to understand loneliness and his reasons, in the past, for not caring if he died. It’s an interesting concept to explore psychologically. The victims’ experience is also traumatic as I read their reactions to the compulsion Dyffaya laid on them. It’s terrifying to think of a person having this kind of power, how easily it becomes evil.

Whew, what Benedict and Nathan come up with to win this battle is a pip while Kai’s grandfather has his own bomb to drop on Isen, lol.

It is an exciting story with lots of action on earth and in the Upper World with a flash of Diné culture with the overt focus on this god of Chaos. The covert focus is an explanation of magic and elvish culture while the truly important focus is on Kai’s and Nathan’s independent revelations.

This quote provides an alternative perspective on “stop and smell the roses” with a very elvish slant to it, lol.

Chaotic events are erupting all over San Diego causing people to disappear, raising panic. And it all has but one aim. One that Nathan completely misconstrues.

Kai Tallman Michalski (her grandfather calls her Yázhi Atsa, a.k.a., Little Eagle) has a rare gift for mindhealing. Teacher is the teaching sword Nathan bargained for that speeds up how fast Kai learns bladework. Dell is a chameleon who is bound to Kai as her familiar. Joseph Tallman is Kai’s grandfather and a Navajo shaman who is the mortal guardian for Doko’oosliid, Abalone Shell Mountain.

Nathan Hunter, a.k.a., Nadrellian, is Wild Sidhe, a former hellhound, and the Queen’s Hound. He’s also Kai’s lover. His queen sends him out on hunts and Hunts. His Gifts include perfect muscle memory, and he’s very good with knives. Claw is the sword made from a living dragon’s freely given claw that can kill anything, including a god. We first met Kai and Nathan in Ritual Magic, 10.

Clan Nokolai is…
…the werewolf clan led by Isen Turner, the Rho. Rule Turner is his youngest son and the Lo Nuncio, heir to Nokolai; he is also the Rho for Clan Leidolf after events in Mortal Ties, 9. Special Agent Lily Yu, a touch-sensitive, is Rule’s Chosen. Toby is Rule’s son and lives in North Carolina. Benedict Jones is Rule’s older brother and in charge of security and training. Arjenie Fox (Benedict’s Chosen from Blood Challenge, 7), half-fae and half-human, is the geeky witch with her own Gifts including invisibility and a researcher for Unit with a fascination for facts. Dr. Nettie Two Horses, Benedict’s daughter, is a physician, healer, and a shaman of the Diné. She’s only been out of the hospital for a month.

Cullen Seabourne is a sorcerer, a lupus, and a consultant for the FBI who is married to Cynna (Blood Lines, 3). Cynna Weaver is a former FBI agent, a very strong Finder, and the new Rhej of Nokolai Clan. They have a daughter, Ryder.

San Diego PD
Lieutenant Jenkins is a pain. Officers Akins, Ruiz, and Dupree are involved in various stages. Franklin Boyd is the assistant chief of police who goes rogue. Mary Boyd is his wife. Lieutenant Calverone has met José before.

Unit is…
…the Magical Crimes Division, a department within the FBI that investigates magical events. Ruben Brooks, an off-the-charts precog, is the head of Unit Twelve and the Shadow Unit; he’s also a lupus after events in Death Magic, 8. Ida is Ruben’s secretary.

Special Agent Derwin “the Big A” Ackleford is rude, crude, and excellent at his job — with a slight patterning Gift; he’s also in charge of the FBI’s local office, but not the magic one. Special Agent Karin Stockman is Fire Gifted with Wiccan training and carrying a huge grudge against magic users. Nieman is another agent.

Major Joseph Simmons is the CO for the two U.S. Marine companies that will deploy.

…the realm of the sisters, the Queens of Winter and Summer, with Aléri the largest city in Iath and home to the queens. Sandetti was a young boy who became an adept. The snotty Eharin An’Ahedra is the only elf who could be talked into teaching Kai to use her gift. Malek has a gift for crossing the realms without a gate, and he is the human the Queen of Winter told to make Kai welcome in Iath. Elves First, a.k.a., Firsters, are elves who think the evils in their world are due to the mingling of humans with elves.

Other realms include…
…Edge which is more about gnomes than elves. A lot of the Wild Sidhe and many humans live in Deredon.

Dyffaya áv Eni — who had been an adept human and is now an almost-dead sidhe god of madness, chaos, compulsion, and revenge — was encountered in Ritual Magic, 10, in which Nathan destroyed Nam Anthessa.

Fagioli is a coffee house where Cammy, a little girl, and Britta Valenzuela disappeared. Henry Lester had been there with Britta. Whaley House is the most haunted house in America. Victims at the beach include Mark Weinerman, Penny, Phil, and Frank (Liu). Dr. Piresh is the eye doctor scheduled to do Kai’s surgery. Samision is an elf who can defeat Nathan with a sword. Clara is an EMT. Gary is the president of the Navajo nation.

Sun Mzao, a.k.a., Sam or the Eldest, is a black dragon who has made California part of his territory and whom we first met in Blood Magic, 6. Coyote is a Power, a troublemaker. The Old One, a.k.a., the Great Bitch or the Great Enemy, is the enemy of the lupi. A godhead is local accumulations tied to a particular place and can be occupied by Old Ones or former mortals. A locus is a “place” made of spiritual energy.

The Wild Sidhe are nature-beings who live apart from the other sidhe groups but are attracted to the most powerful group. The Ents are Wild Sidhe! Mindhealing is the careful metaphysical nudging of a person’s mind to help them heal from a traumatic event; a binder forces false thoughts on another mind. Kish is a matrix that determines the form one’s magic takes. P’tuth is revenge raised to the level of performance art. Magic is the result of the friction between chaos and order. Birith is magic which can be divided into healing magic, body magic, and transformational magic. Beguilement is a type of compulsion, infatuation on steroids. Assassin’s fire is the ability to set anything on fire.

The preferred term is lupus, a werewolf, with lupi the plural. Chameleons are sentient gestalt thinkers unable to talk unless they take a form capable of speech. They use magic to survive, and they store large quantities of magic that the person to whom they’re bound can draw upon.

The cover is browns with a background of fluorescent yellow, a maelstrom of swirling waves of chaos, the biting bats, and Kai in a cocky pose standing amongst the rocks in her worn blue jeans and rust colored tank top, her long brown hair blowing in the currents, and Teacher on her hip.

The title is what Kai and Nathan learn about themselves, an Unbinding of sorts that helps Kai understand her fears and Nathan his loneliness. 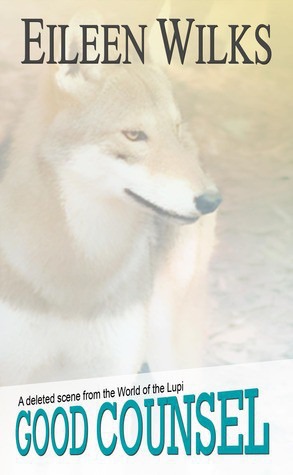 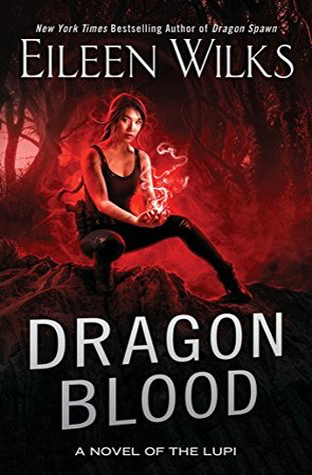