Also by this author: Tempt the Stars , Reap the Wind, Ride the Storm, "Black Friday", Brave the Tempest, Shatter the Earth

It’s weird to see Mircea so vulnerable and powerless; he’s kept busy being prettied up and shelling peas and whatever other tasks Cook can find for them. Mircea is also learning about vampire life. What he should have learned from his Maker, and why family is so important to a vampire. It certainly explains why Mircea is such a great lover, why he treats his family as he does, and how Mircea achieved his current position in the Senate.

In the background, we learn of the wild and woolly vampire world that the Lady and Mircea, separately, want to change.

It’s not critical to the Cassandra Palmer storyline, but it is a fascinating look at Mircea’s back history with a few memories of his beloved wife, of the night he had to leave her, and a slight bit of Dorina at the end.

It’s also a time for Mircea to reflect on the difference between having the power of a prince to being commanded to strip by a woman.

Poor Bezio. He’s loyal without having meant to be, and I do have to feel for his being waxed, lol. As for Sanuito, that poor boy is also loyal, for no one has ever stood up for him before.

It took quite a while and a lot of convoluted thinking to figure out Sanuito’s place in this plot. Thank god I was taking notes and could re-read and re-read it over and over. Oy. It’s probably because Chance was using third person protagonist point-of-view from Mircea’s perspective, and he sure was confusing as he laid it out for us.

We get some back history on today’s consul and the one who made her. It’s handy as we learn what caused Cleopatra to become the ruler she is in the vampire world.

While Venice appears to be quite the party town with breasts bared and whores common — your feet had better be covered up! Yep, there is a variety of action in this, from Mircea’s being pimped out, to his self-reflections, to the rescues and chases he instigated. You won’t be bored!

It will be the start of a new era for vampires.

Told golden stories of Venice as a place of refuge for vampires without a family, Mircea arrives to find it’s a cesspit of corruption and violence.

Prince Mircea Basarab is no longer a prince of Wallachia, but a poor vampire. Sighisoara had been his hometown; Târgoviste was his father’s capital. Horatiu is his still-human servant, the tutor of his boyhood. The young, nimble-fingered, mischievous Dorina is the dhampir daughter he never knew about.

Bezio (formerly a blacksmith in Salerno with a wife, Jacopo, and two daughters, Sonia and Mea), Jerome is fascinated by hats (originally an apothecary), and Sanuito (a pockmarked son of a whore) are/were his cellmates.

Martina, a vampire, runs a brothel and is looking for fresh meat. Paulo, also a vampire, appears to be her majordomo and a bowing master. Her employees include Auria, Marte of the dimples and tinsel earrings, Danieli, Zaneta, and Besina. Lucca is a human who does odd jobs and tasting for the Cook.

Convocation is…
…a conference meeting in Venice of the vampire Senates throughout the world, including Cairo, Cathay, and Paris. Its leader is the Consul, the creature, a vampire who is over 5,000 years old and lives in the Egyptian desert. He Changed Cleopatra, who is today’s consul. Back then she was a powerful senator, the Lady living in Paris where the Senate normally meets. Gregor and Antony are also senators and friends with Cleopatra. Hassani is the African consul in the Consul’s pocket. Lucilla is Senator Marcellus‘ wife. Anoubias had been the name of one of Cleopatra’s human servants way back in the day.

The Watch are the Venetian police. Zuane and Guilio are vendors. Jacopo is a tailor. Hieronimo is a role which mages take turns playing at the pub.

The cover is split in half with red tones on the top coloring our perception of Mircea (from nose to mid-chest) with his long tangled hair past his shoulders and an embossed black mask on the bottom. At the ends of Mircea’s hair is an info blurb in white with the author’s name immediately below this, also in white with a black shadow. Below the eyeholes of the mask is the the title in yellow, the first letter given a simple elaboration. Below the title is an interesting bit of series information in red. The publisher’s name and logo is in the top right corner in white.

The title is about the Masks we all hide behind. 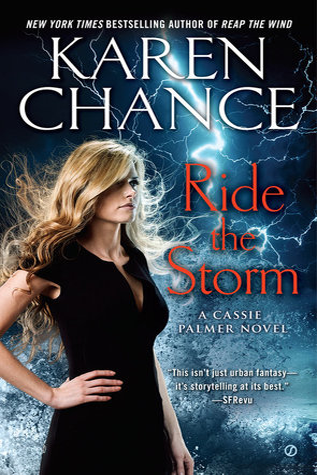 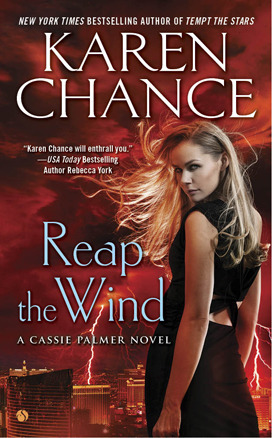